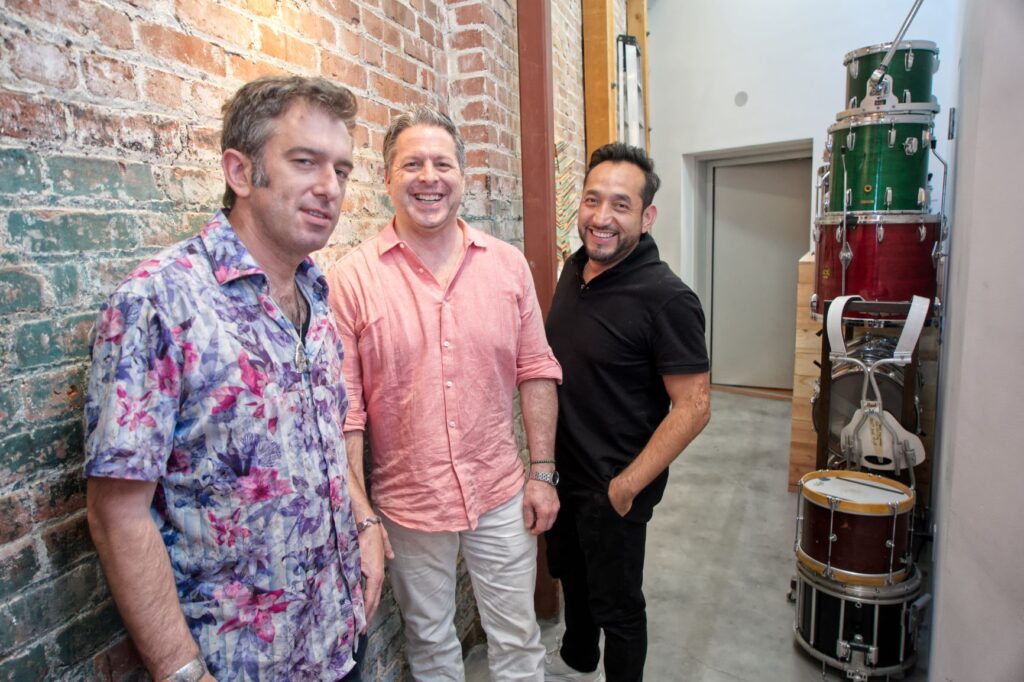 After years of leading the acclaimed octet Brian Andres & the Afro-Cuban Jazz Cartel, the Bay Area-based drummer felt the time was ripe to liberate the rhythm section. More than a spinoff, Andres’s Trio Latino is a powerhouse ensemble that has forged its own identity with high-octane performances and a repertoire bristling with ambitious, jaw-dropping tunes–all featured on the trio’s debut album “Mayan Suite.”

Whether it’s bomba or mambo, whether there’s a hand drummer or not, those rhythms are represented. Aaron [Germain] and Christian [Tumalan] are steeped in those traditions. One of the things about this trio, I wanted us individually to have a voice of our own.

RICHMOND, CALIF. (PRWEB) APRIL 16, 2020 – Drummer Brian Andres unleashes an electrifying new project with the May 15 release of “Mayan Suite,” the inaugural recording of his Trio Latino, on Bacalao Records. Though it finds Andres stepping back from his longtime leadership of the eight-piece Afro-Cuban Jazz Cartel, the new trio (featuring pianist Christian Tumalan and bassist Aaron Germain) shows itself to be every bit as musically rich as the larger ensemble. What’s more, the album’s striking originals and zesty interpretations find the band equaling that richness with audacity.

Indeed, Andres created the trio in the hope of finding just such an emboldened style. With fewer voices, he says, “There’s much more space to explore, for creative expression, and with that freedom there’s greater responsibilities for all three of us.”

In fact, Tumalan and Germain fulfill both their freedom and their responsibility in supplying all of “Mayan Suite”’s original compositions. The pianist brings three—including the title track, a five-part series of hard-grooving miniatures that packs fully realized statements as well as satisfying improvisations into a remarkable seven-and-a-half-minute journey. Yet Tumalan shows no less ambition in the adrenaline rush of “Viento Solar” or the wistful tenderness of “Si Tu Vez.” Germain, meanwhile, presents dazzling, dancing Latin syncopation on “Escucha” and a light-stepping aura of mystery on “Higashi Nakano.”

That is not, however, to understate the merit of the musicians’ playing. Andres, Tumalan, and Germain balance their considerable chops with invention and eloquence, whether on the thrilling originals or the fiery renditions of Chick Corea’s “Got a Match?” and the standard “On Green Dolphin Street.” It’s not happenstance that all three are rhythm players: Trio Latino’s prowess on “Mayan Suite,” collectively and as soloists, comes in the service of irresistibly kinetic grooves drawn from the Afro-Latin jazz canon.

“Whether it’s bomba or mambo, whether there’s a hand drummer or not, those rhythms are represented,” Andres says. “Aaron and Christian are steeped in those traditions. One of the things about this trio, I wanted us individually to have a voice of our own.” Of that, “Mayan Suite” leaves no doubt. 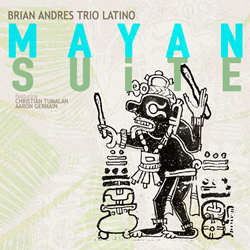 Brian Andres was born Nov. 7, 1968 in Cincinnati, Ohio to musical parents: His father played woodwinds, his mother piano and vocals. The younger Andres naturally followed their example, taking up the drums at the age of nine. He continued through high school and into the College-Conservatory of Music before beginning his most intensive education, playing the blues with Cincinnati Slim and the Headhunters. It was the first of many gigs, in many styles.

Yet it was while hearing someone else’s band—a salsa band—that Andres’s life was changed. The neck- and shoulder-twisting polyrhythms took him over completely; he immediately formed his own Latin jazz outfit and began consuming the grooves wherever and whenever he could. He was particularly drawn to the concentration of musicians in the San Francisco Bay Area, one of whom, Paul van Wageningen, was so friendly and inspiring that Andres soon made the move to Northern California himself.

It was there that Andres found his groove, so to speak. He jelled with Latin musicians of all stripes, found work in multiple projects, and fronted his own Afro-Latin Jazz Cartel—with whom he recorded his first album, “Drummers Speak,” in 2007.

He has continued at the head of the octet for over a decade: they have received critical acclaim, recorded two more albums (San Francisco, 2013; “This Could Be That,” 2016), and worked with the cream of the crop of Latin jazz talent in the Bay Area. The Cartel’s rhythm section—the nerve center of the band—comprises Andres’s Trio Latino. The smaller ensemble has taken on a life of its own, one which Andres has now documented with the recording of “Mayan Suite.”

“Covid-19 and the resulting Shelter in Place order has made life very difficult for everyone,” says Andres. “Many musicians, myself included, feel a profound sadness during this time, because we are deprived of our most cherished activity—performing for an audience. Thankfully we can still connect with our instrument alone, in study and practice, which keeps the spirits up, but there is no substitute for performing. Because of this, Trio Latino is looking to do a live online performance sometime soon. We are working out the details now to be able to provide the best presentation possible.”