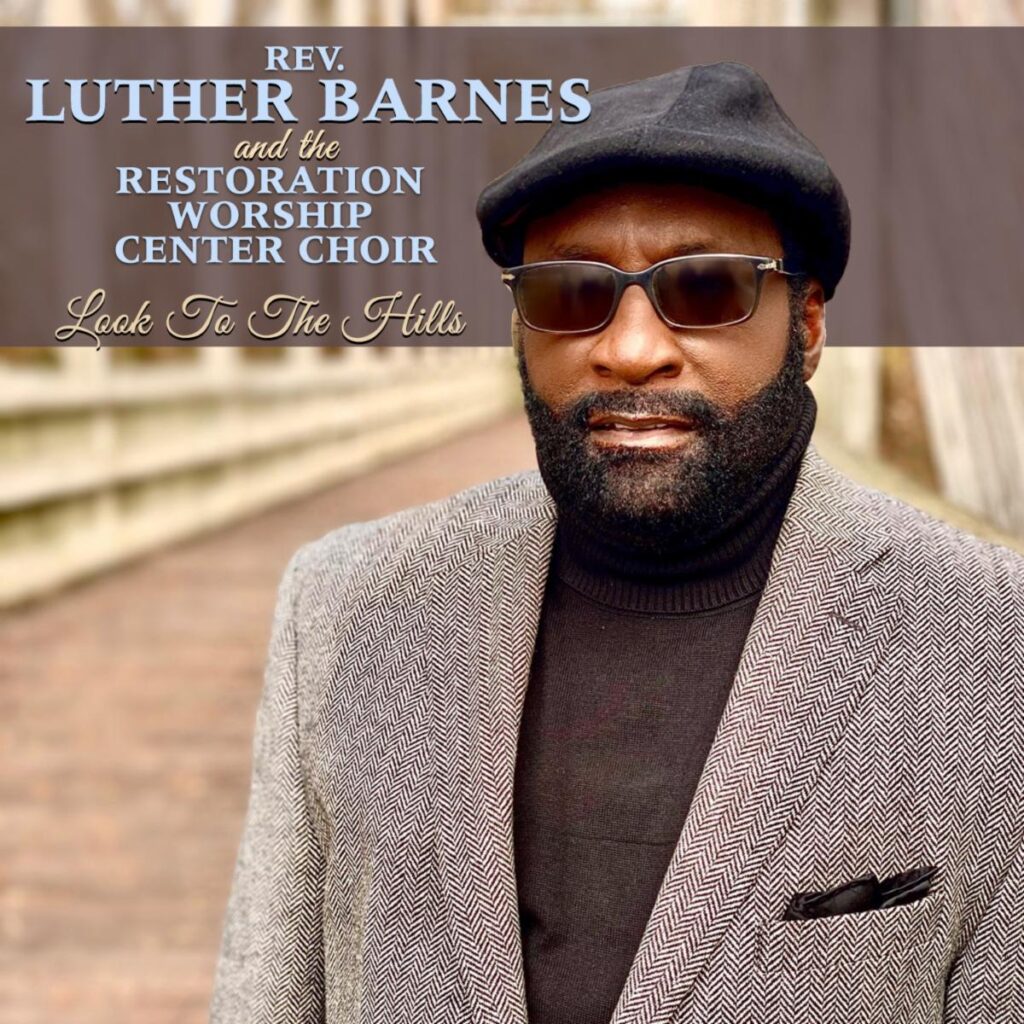 Grammy Nominated & Stellar Award Winning Gospel Hit-Maker
REV. LUTHER BARNES
Delivers The Inspiration We’ve All Been Waiting For on
“Look To The Hills”

“Look To The Hills” Is available On All Digital Platforms Today & Is Currently Top 30 On The Billboard Gospel National Airplay Chart!

The Grammy nominated Reverend Luther Barnes has been a stalwart presence on the gospel scene for over two decades, scoring hit records as a solo artist, with quartet and choir’s, as well as alongside such artists as Shirley Caesar, Kirk Franklin, John P. Kee, The Mighty Clouds of Joy and numerous others. Raised in the church from a young age, Rev. Barnes’ call to music ministry came early and he embarked on a hit-making career as lead singer, producer, songwriter and director of the “quartet” gospel group Luther Barnes & The Sunset Jubilaires. He also founded The Red Budd Gospel Choir which also scored a string of hits, including the Stellar Award-nominated “Somehow Someway.” In 2016 Barnes released his first project with Shanachie Entertainment in conjunction with SRT Entertainment, The Favor Of God. The well received album was his first in a decade and featured his then brand new choir, the Restoration Worship Center Choir, and a stunning set of new compositions including the single “God’s Grace” which hit Top 5 on the Billboard Gospel chart.

Luther Barnes was born in Rocky Mount, North Carolina in 1954, the son of the late Bishop F. C. Barnes and the late Willie Mae Barnes, who instilled in him a desire to trust and obey God’s word. His father, Bishop F.C. Barnes, wrote and scored a hit with the gospel standard “Rough Side Of The Mountain.” On graduating from high school he became the lead singer of the successful gospel quartet The Sunset Jubiliares, who went on to score a string of gospel hits. Luther’s style was notable for its refinement and dignity; he did not employ the flamboyant style of many other gospel vocalists. He pursued and attained a degree in Music Education from St. Augustine’s College in Raleigh, North Carolina and in 1985 formed the Red Budd Gospel Choir, who broke through with such hits as “I’m Still Holding On,” (which features a lead vocal from his cousin Deborah Barnes), “So Satisfied,” “Spirit Fall Down,” Fall Fresh,” “That Other Shore,” “Somehow Someway” and “No Matter How High I Get” (written by Bobby Womack). In 2006 he accepted a call into the preaching ministry, following the leadership of his father. But he continued his music ministry, which took him all over the country, garnering a multitude of awards and honors including a Vision Award, Stellar Award, and a GWMA Excellence Award. He also received a Grammy nomination and a Gospel Heritage Award. Having produced over twenty-eight CDs, he found time to perform or record with such gospel greats as Shirley Caesar, Kirk Franklin, The Brooklyn Tabernacle Choir, John P. Kee, and The Mighty Clouds Of Joy. He established the Restoration Worship Center in Rocky Mount, North Carolina in 2014 and serves as its Senior Pastor.

Even though Rev. Barnes is steeped in the gospel tradition and in many ways is continuing that tradition, he sees himself as an innovator. As he told journalist Bill Carpenter in Carpenter’s Uncloudy Days: The Gospel Music Encyclopedia: “At an early age, I would always listen to the difference between the sound of gospel music and the sound of popular music. The Temptations and all those artists sounded so much better. I said, ‘Goodness, why can’t gospel music come up and be just as right musically as the other forms of music? I thank God for people such as Kirk Franklin and James Cleveland who have helped us get our act together and upgrade our music.” Always, modest, the Rev. Barnes did not mention himself as one of those who is elevating gospel music. But, as his new single “Look To The Hills” shows, he definitely is! He is also delivering hope and inspiration that is so needed right now.