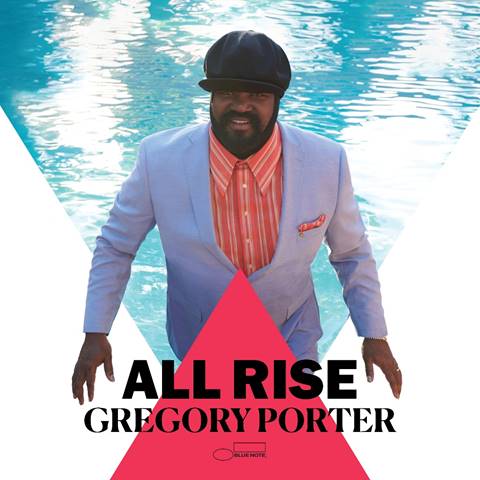 GREGORY PORTER IS BACK!

Undeniably one of the best voices of our generation, two-time GRAMMY Award winning singing sensation Gregory Porter has announced an August 28 release date for his sixth studio album ALL RISE (Blue Note), which is available for pre-order now in deluxe and standard vinyl, CD, and digital versions. The album’s uplifting lead single “Revival” is also available today to stream or download.

“This is straight-up gospel. This what I heard in church. When somebody caught the Holy Ghost this was the beat,” says Gregory of “Revival,” which was co-written with the album’s producer Troy Miller (Laura Mvula, Emili Sandé, Jamie Cullum). “Troy knows the importance of message in music, but the message that we both agreed on with the lyric was what I believe in, that renewal of the spirit, of life’s energy. It’s both heavenly and earthly. You don’t have to be a believer to understand revival and renewal, starting all over again afresh. For me, it’s the message of walking into this life and having some fear and some self-doubt, and at the point that you grab onto something that you know is real, the truth. Once you can grab onto the truth then this fearlessness comes.”

The powerful new music video for “Revival” was directed by Douglas Bernardt and stars dancer Jemoni Powe. “I wanted the video to have an important political message too,” says Gregory, “which is why we chose to honor the young man from Baltimore, Freddie Gray, at the beginning. There are so many things in life that can get you down and make you feel small, whether it be racism, self-doubt, insecurity, or financial situations. It’s about finding your source of strength to bring you back to seeing who you truly are so that you can be restored to the giant that you are.”

Following 2017’s Nat King Cole & Me, a loving dedication to his lifelong idol, ALL RISE marks a return to Porter’s beloved original songwriting — heart-on-sleeve lyrics imbued with everyday philosophy and real-life detail, set to a stirring mix of jazz, soul, blues, gospel, and pop. The album also represents the evolution of Porter’s art to something even more emphatic, emotive, intimate, and universal too.

“Yes, you could say that I went big,” says Porter about his latest, which combines the talents of his longtime loyal bandmates, a handpicked horn section, a 10-member choir, and the London Symphony Orchestra Strings. “But, quite frankly, the way I write in my head, it all happens with just voice and piano first, and it’s built up from there. It feels good to get back to the rhythms and the styles and the feelings and the way that I like to lay down my own music from start to finish.”

As Porter worked out this album’s direction, he looked inward, upward, and around him, and arrived at a raison d’être found in the title, ALL RISE. “We hear that phrase when presidents or judges come into the room,” says Porter, “but I’m thinking all of us rise — not just one person being exalted. We are all exalted and lifted up by love. This is my political thought and my real truth. It comes from my personality, my mother’s personality, the personality of the blues, and of black people. It’s this idea of making do with the scraps, of resurrection and ascension, and of whatever the current situation is, it can get better through love.”