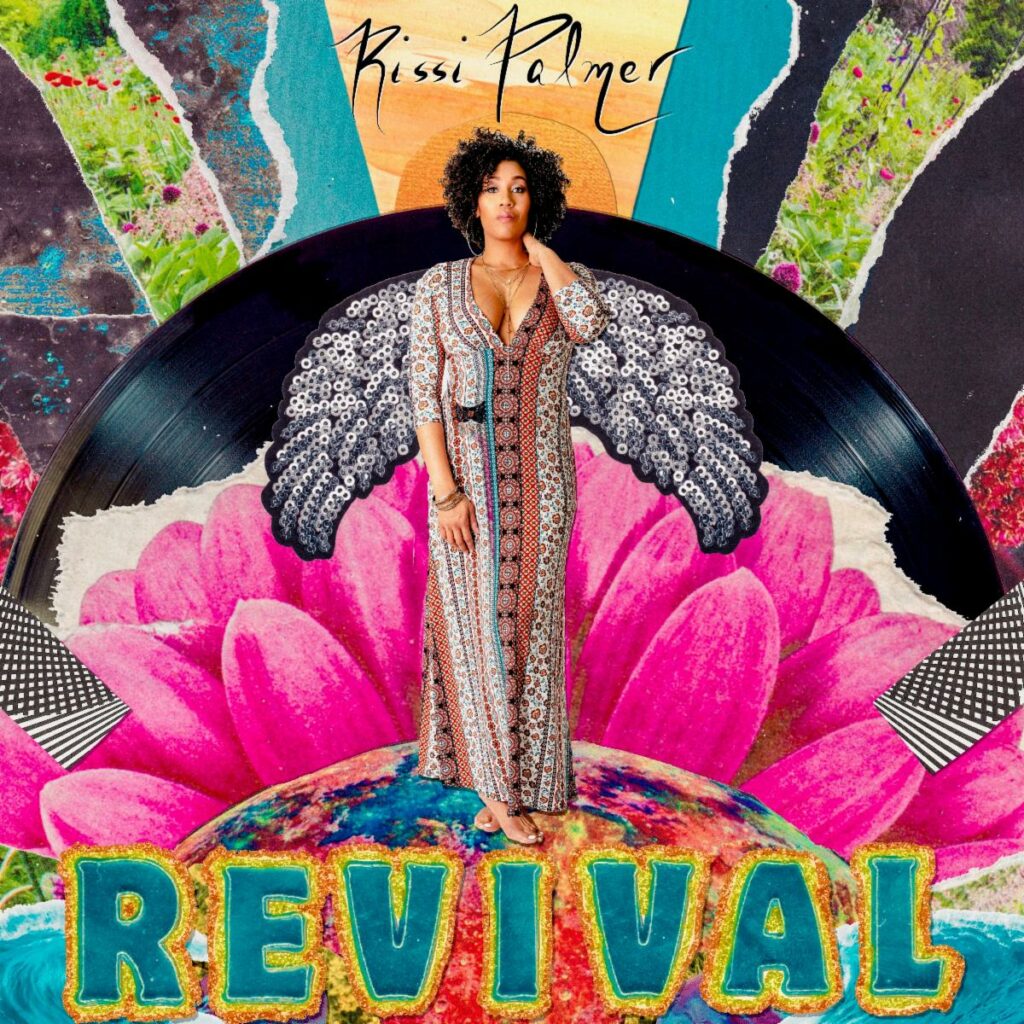 NASHVILLE, Tenn. (Oct. 01, 2019) — One of music’s most compelling singer-songwriters, Rissi Palmer is revealing the cover and track listing for her upcoming new album, REVIVAL set for release Oct. 22, 2019 and available for purchase through popular digital retailers and streaming platforms.

Recorded in Durham, NC, where Palmer currently resides, REVIVAL marks the first full-length album she has created outside of Nashville. It features eight original songs co-written by Palmer with soulful melodies and themes ranging from deeply personal to political and everything in between.

“This album is one of the most personal I’ve ever written and recorded,” says Palmer. “Everything I write is personal, but I feel like I’m in a place of being really honest and transparent with people because that’s what I like in an artist. That’s what I look for; those are the people I’m interested in, and I want to do that same thing for others.”

Brian Owens, who is also an accomplished singer-songwriter, served as producer on most of REVIVAL, with the exception of “Seeds” and “You Were Here,” which were produced by Grammy Award-winning Shannon Sanders and Palmer, respectively. The short film that was released in conjunction with “Seeds” was a celebration of human freedom and dignity in the face of oppression and communication in a spirit of hope and unity.

“‘Seeds’ was the first song I recorded for this album,” adds Palmer. “It’s the first thing you hear on the album and it sets the tone for everything else you’re about to hear.”

Another key track is the powerful and deeply personal “You Were Here,” which Palmer penned after her miscarriage. She says it was one of the most challenging songs she’s ever written. The rest of the project reflects Palmer’s engagement with a world clearly in need of inspiration and uplifting, with songs like “Breathe In,” “Speak On It,” “Revival” and “Little Black Boy, Little Black Girl,” a song of hope and compassion she co-wrote with Owens.

Born in Pittsburgh, Palmer spent much of her young years growing up in St. Louis, Missouri. She was raised in a musical family, listening to country, gospel, R&B and soul. She says her music is a reflection of all those influences and describes her music as “Southern Soul.” In 2007, she released her debut self-titled album, which charted numerous singles on the country charts including “Country Girl” and “Hold On To Me.” She has performed at the Grand Ole Opry, The White House, Lincoln Center, and has appeared on Oprah & Friends, CNN, the CBS Early Show, and the Tavis Smiley Show. She has shared stages with numerous headlining artists including Taylor Swift, The Eagles, Chris Young and Charley Crockett, and has been featured in Rolling Stone, The Wall Street Journal, People, Parade, Ebony, Newsweek and many more.

Most recently, Palmer was featured on UNC-TV’s intimate In Studio concert series, filmed before a live audience. The series premiered September 8 prior to the airing of Country Music: A Film by Ken Burns and will air again on Oct. 3 at 9:30pET. Those who reside outside of the NC area can watch the interview online HERE, and the full concert HERE.