New Music from The System Drops October 30 – “People Get Up”

Rise up and get it! “People Get Up” is the 2020 anthem for today’s times, with a techno-funky groove and meaningful track, sure to bring listeners to their feet featuring Sandra St. Victor and Grandmaster Melle Mel.

“‘People Get Up’ is The System’s call to arms,” Mic Murphy explained. “A call to open arms, open hearts and open minds. To feel, heal and listen. It is my desire to change people’s hearts with words set to music. As Sylvester Stewart said “the only weapon I carry is my pen.”

“When the heart of a nation grows cold it needs a red hot flame to seal the seams of a society pushed to its breaking point. Music is that flame. If anybody’s listening? People c’mon with me Get Up! And get down on the one. We’re all one under the same sun.”

After meeting at an audition, the two made an immediate impact with their breakout club 12-inch “In Times of Passion.” More club hits followed, and their electronically based pop music changed the scene. Their new single, “People Get Up,” is a straight look into the eyes of America, asking the masses to dance with them and find strength in each other. 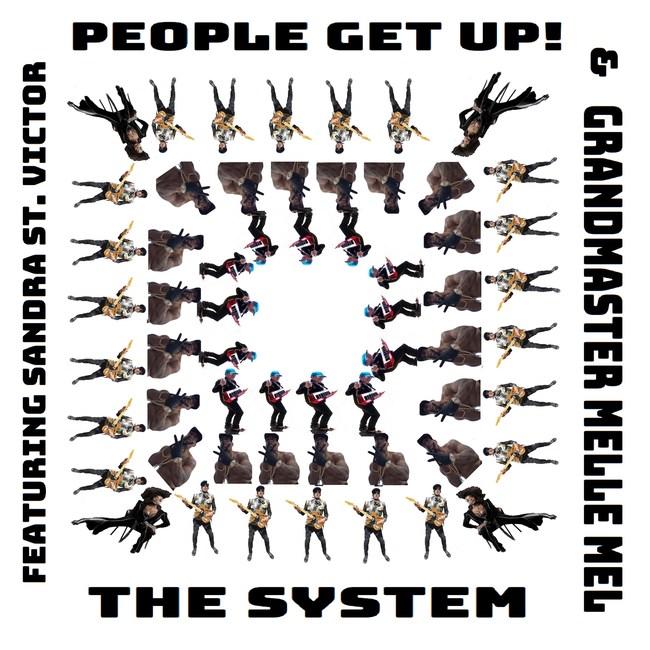 “I suppose that Mic and I in some ways are a metaphor for how society should be. We have both used our learnings and talents together to improve the musical world. We inspire each other and a better world of music is the result. Mankind as a whole can take a lesson from us. It’s actually quite simple,” says David Frank. “‘People Get Up’ is a song that speaks to the heart of all those who want to hold each other and come together when times get hard.”

David Frank has produced and written multiple Grammy award winning works and the duo has worked with a who’s who list of artists including Chaka Khan, Phil Collins, and Christina Aguilera. The 1987 release of “Don’t Disturb This Groove” established The System as one of the most innovative and copied artists of the decade. Their dynamic teamwork lends itself to tunes that focus on commonalities and convening people on a mission of hope.