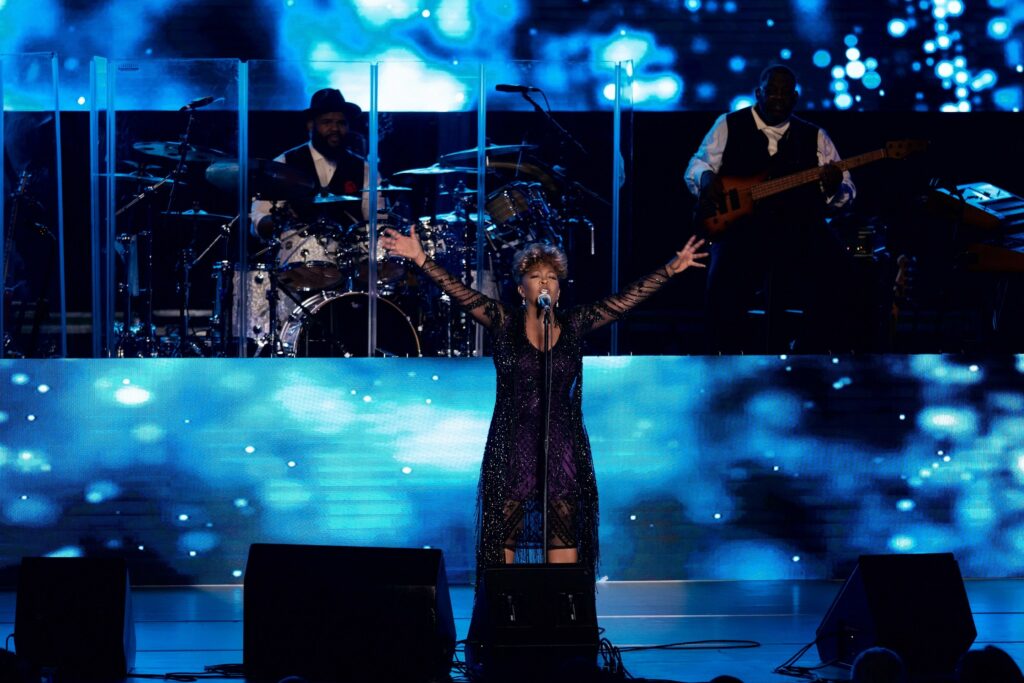 Farewell Tour series returns to Las Vegas as a once in a lifetime limited show residency at The Venetian Theatre.

LOS ANGELES, April 17, 2019 /PRNewswire/ — Due to the overwhelming popular demand of over 50 sold out shows and 200,000 fans, eight-time GRAMMY® Award-winning icon and songstress, Anita Baker, announced a limited residency at The Venetian Theatre in Las Vegas and international performances at Montreux and North Sea Jazz Festivals.

In 2018, Baker announced her Farewell Concert series and has since performed over 50 sold out – standing room only shows. The historic series has featured star-studded guest performers and A-list attendees such as Stevie Wonder, Regina Belle, Kelly Rowland, Alicia Keys, Ledisi, India.Arie, BeBe Winans, Emily King, Gabrielle Union, Dwyane Wade, Charles Barkley, Chris Webber, Tyler Perry, Atlanta Mayor Keisha Lance Bottoms and many more. Reviews of this magical evening that elates those in its presence give just a snapshot of what the night has in store for fans.

Baker has received Anita Baker Day proclamations in St. Louis, Atlanta and Nashville, and she was the recipient of the 2018 BET Lifetime Achievement Award. During her acceptance speech, Baker explained, “When I came up in the business I had amazing people like Tom Joyner at radio, I had amazing formats like ‘The Quiet Storm’ that supported me as a young artist. And I would ask the singers that are veterans… when you see the young ones tap them on the shoulder, they need you. Young ones… find a veteran and tap them on the shoulder and introduce yourself. Let’s take care of each other, we need each other, we can’t do it alone.”