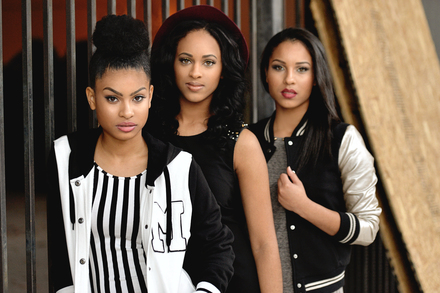 LISTEN TO NEW SINGLE “BACK 2 LIFE” BELOW!

Joining the ranks of outstanding family groups such as The Clark Sisters, Mary Mary, Virtue, Forever Jones, and The Walls Group, The Bellamy Group introduces JUZANG, an Alabama-based trio of biological sisters GUIELLE, MARISA and PATRIA JUZANG. These beautiful young ladies were born to sing and create music and are ready to impact Gospel and Christian music with their extraordinary musicality and heart for ministry.

JUZANG has been blessed to perform at high profile events including performing for President Barack Obama at the 2012 Democratic National Convention Gala, and with renowned artists Richard Smallwood, Byron Cage, Maurette Brown-Clark, Dave Hollister, J. Moss, 21:03, Dewayne Woods, Lexi and Martha Munizzi. Although young, the ladies have garnered the attention and respect of their peers in the music industry. “Sometimes you find an unquestionable anointing of the gift of music and performance,” says Mark Kibble, member of the multi-Grammy Award winning group TAKE 6. “Couple that with the desire and passion to serve and praise God to the fullest and you’ve got the key ingredients to what makes Juzang the awesome group that they are.” 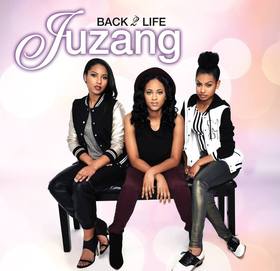 Their current EP BACK 2 LIFE, is available on iTunes and Amazon and provides a mere glimpse into the limitless talents of JUZANG. Their lead single and title track “Back 2 Life”, produced by Fred “Blaze” Crawford (Champion Music Group, Bad Boy Entertainment, Brand Anthems), is a high-energy pulsating dance track. Their BACK 2 LIFE EP also showcases JUZANG’s multi-layer talents and ability with subtle heartfelt ballads, pristine harmonies, outstanding vocal dexterity and control, and the remarkable soloing capabilities possessed by each sister.

JUZANG is truly a unique mix of innate God-given talent, humility, beauty, passion and determination. They are vocalists as well as instrumentalists who are consummate professionals in the studio and in their everyday lives. Patria (20) is a Biochemistry student at Oakwood University who sings alto, plays piano and saxophone, and also loves her sports – basketball and softball. Guielle (21) sings tenor and plays flute. Guielle recently graduated from Oakwood University with a Bachelors degree in Business Administration with a concentration in Health Care Administration. Marisa (17) carries the soprano and can also play piano. The youngest of the sisters, Marisa is a junior in high school and is an emerging videographer and film director. 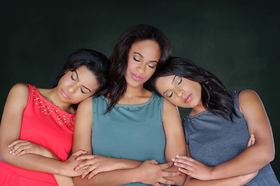 Under the management and artist development helm of Nashville based agency The Bellamy Group, the ladies of JUZANG are poised to change the face of Christian and Gospel Music with their immeasurable level of talent. Stay connected to JUZANG for exciting developments, forthcoming new music and check out the links below to experience the gift and sound of JUZANG.

Available Now on iTunes and Amazon