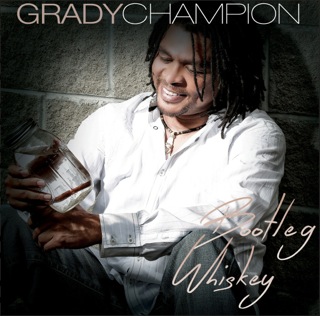 Grady Champion, who describes himself as a “torch carrier” for authentic Mississippi blues, was inspired by Sonny Boy Williamson and has been a blues force to reckoned with since he emerged from rural Canton, MS in the late ‘90s. His performing career has taken him to venues throughout North America, including the Chicago Blues Festival and on the high seas as a participant on the Legendary Rhythm and Blues Cruise. He is a past winner (2010) of the Blues Foundation’s International Blues Challenge and has been a multiple Blues Music Award nominee. The youngest of his father’s 28 children, Champion recalls, most fondly, the role Malaco played during his formative years, “There were lots of Malaco albums in my mother’s collection,” he recalled, noting, “She loved Z.Z. Hill’s ‘Down Home Blues’ on Malaco and so did I.” That song, coincidentally, was written by the late George Jackson as was the title song from Bootleg Whiskey. Champion has confidence that his alliance with Malaco will reap significant benefits, commenting, “I play for black folks and white folks and being on Malaco is a progression to solidify our relationship with the audience on record. I’ve been trying to get on Malaco for years and it’s great to have finally made it ‘home.’”

Bootleg Whiskey was recorded at Malaco’s Jackson, MS studios and produced by label chief Tommy Couch, Jr who personally signed Champion to the label which traces its origin back more than 40 years. With a storied catalog that includes the aforementioned Z.Z. Hill as well as Bobby “Blue” Bland, Johnnie Taylor, Dorothy Moore, Denise LaSalle, Latimore, Little Milton, Tyrone Davis, Bobby Rush and other blues and R&B greats, the addition of Grady Champion to the roster seems a perfect fit. The label, in fact, prides itself on being known as “The Last Soul Company.”

Couch recently told Living Blues whose August issue features a Grady Champion cover story, “He’s an incredible entertainer. I think he will be the next big ‘blues guy’ — I really do.” Bootleg Whiskey is a brilliant showcase of Champion’s talent both as a vocalist and harmonica player and includes fives songs which he had a hand in writing, underscoring his proficiency at story telling.