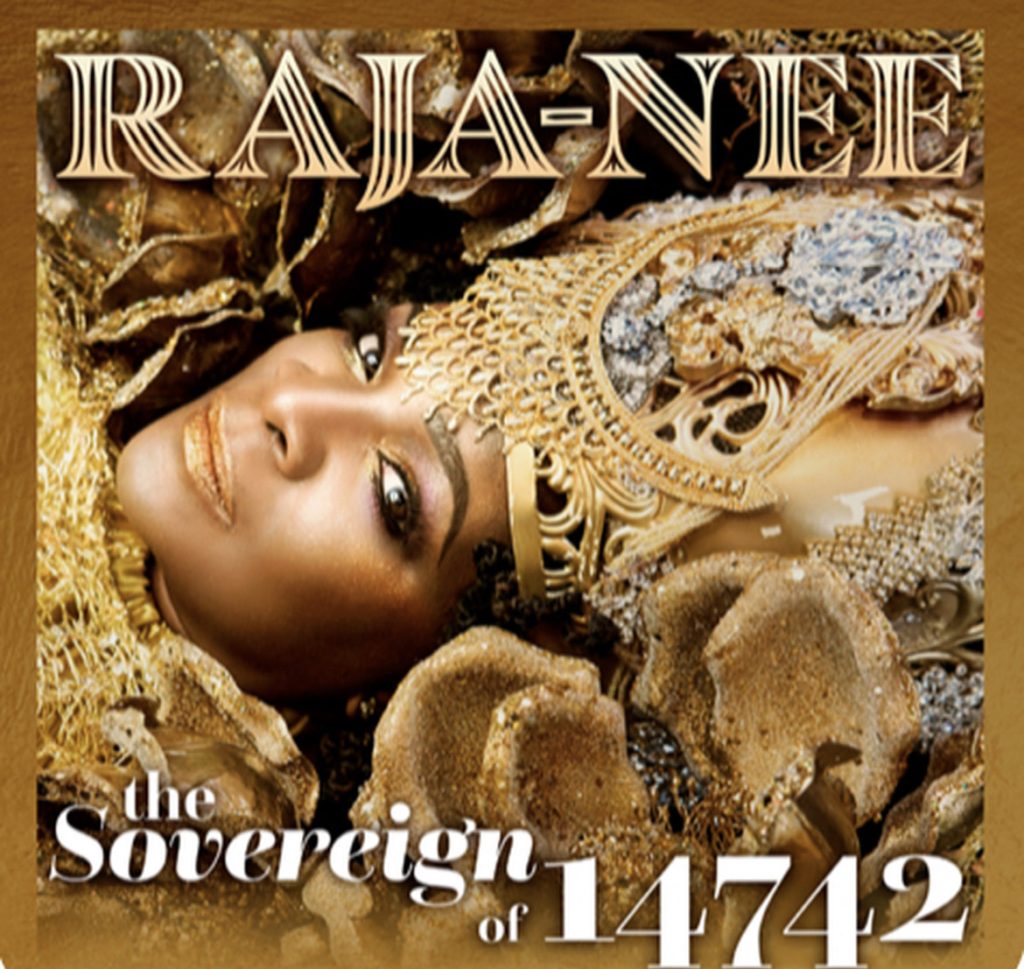 Renee Knott-Freeman professionally known as Raja-Nee’ has released the long-anticipated CD “The Sovereign of 14742” to all digital music outlets, today 10/31/2022. The Sovereign has garnered two number one singles “Come Get This Love” and “Love in A Groove” both on the UK Soul charts. Italy and the US with both landing on the UK Amazon charts at number one and number five respectively. Two additional singles, “Rolling at Midnight and “Take My Breath” have both landed in the top 20. Raja-Nee’ has returned from a musical hiatus with a vengeance.

“The Sovereign of 14742” is unadulterated grown folk’s music and hailing from the suburbs of Chicago the steppers capitol of the world you can easily hear that influence in the music on this CD. One interesting interlude called “Goldie’s Interlude” includes her mentor and brother Max Julien, the actor/director from the classic film “The Mack.” Who sadly passed away earlier this year.

The track list includes smooth grooves like “I Adore You”, “All I Need is You” (Vicki’s Song), a different version of “Rolling at Midnight” titled the “Midnight Vibe Mix”, “Close to Me” and two ballads with an old school feel “Kiss Me, Touch Me” and “My Window”. The CD ends with another interlude an eerie prayer from another mentor Bobby Ross, there has to be a story behind this interlude.

Raja-Nee’ reemerges 11/15/22 with the CD’s fifth single a cover of the classic tune written by Hal David & Burt Bacharach “One Less Bell to Answer”, originally recorded in 1970 by The Fifth Dimension. Raja-Nee’ has once again enlisted her secret weapon National Smooth Jazz and Adult Contemporary R&B artist and Michigan native Wilfred “Nenja” Frelix on guitar. Raja and Wilfred’s take on the ballad has a smooth jazz feel with an undeniable soul vocal with emotions that deliver! Additionally, Wilford’s musical performance will captivate listeners as they are treated to the smooth sounds of a Spanish guitar. “One Less Bell to Answer” was produced by Wilfred “Nenja” Frelix and Raja-Nee’, mixed and mastered by Bernard Terry for Area 51 Studios, Beecher, MI., Licensed by Easy Song Licensing.

Raja-Nee’ hails from the suburbs of Chicago and began singing in church at the mere age of five. As an emerging talent, her voice was recognized by Marshall Thompson of Chicago’s famed Chi-Lites, and his mentorship helped develop her craft and stage presence. She toured with the Chi-Lites and recorded on their “Just Say You Love Me” album — with the single Eternity taking top spots on overseas radio stations. Years later, after garnering much attention for herself, Raja-nee’ auditioned and landed a production deal for super producers Jimmy Jam and Terry Lewis. Her debut Ragga-Hop album featured hits such as Bitchism, Take Your Time and Turn It Up — the latter featured on the soundtrack for the 1994 movie A Low-Down Dirty Shame. Raja-nee’ has also recorded with the legendary James Brown, SOLO, and Lo-Key and was awarded the Chicago Home Jam Award. I take great pleasure in introducing Raja-Nee’ or Raja for your listening pleasure. I assure you her voice will feel like a breath of fresh air or maybe a cool drink of water on a hot summer’s day.