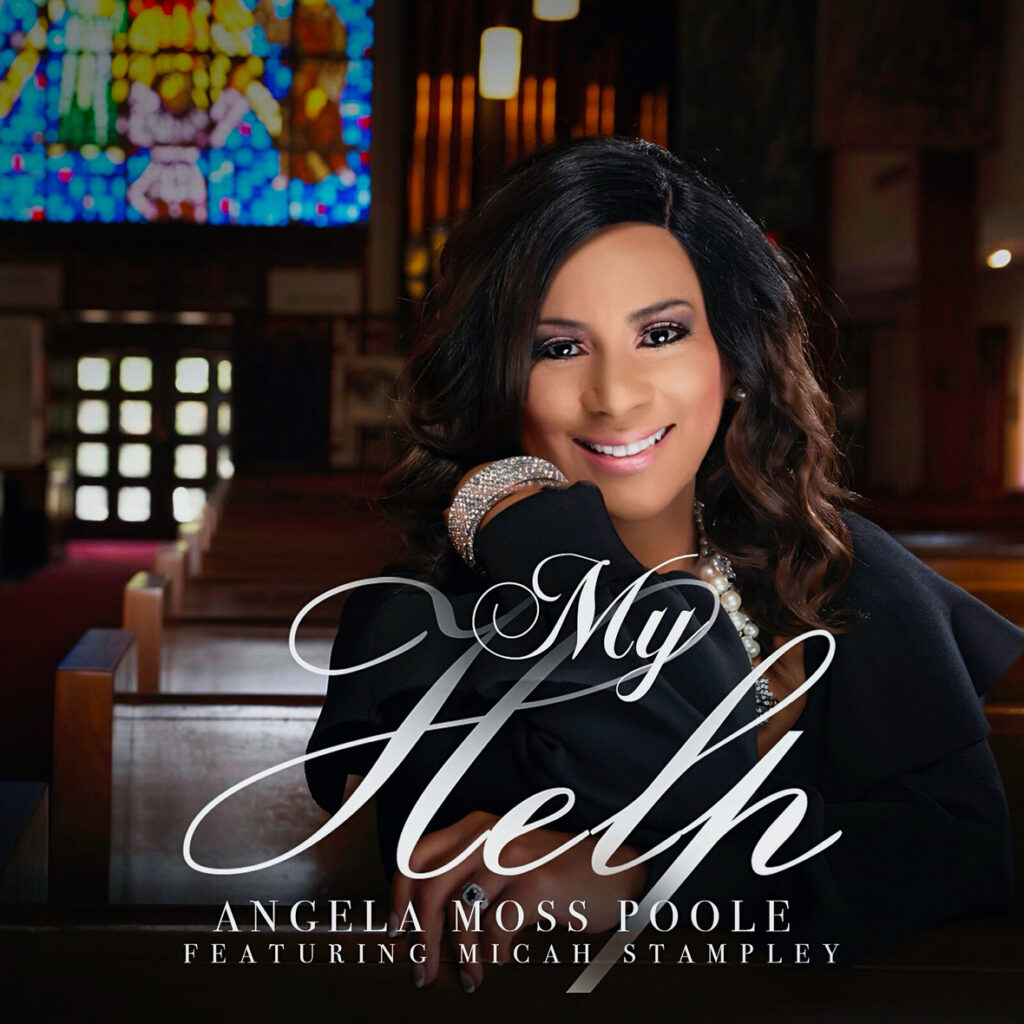 FROM HER SELF TITLED ALBUM ANGELA MOSS POOLE, “MY HELP” LANDS AT #31 ON GOSPEL AIRPLAY CHART

Gospel music historian and journalist Bob Marovich of The Journal of Gospel Music states, “The message is simple, the melody is appealing, and the arrangement fits the message. It blends gospel hymnody and contemporary sounds with skill. Angela and Micah duet through the entire selection, building the temperature to sizzling as they go along. They should do more songs together in the future.”

Angela Moss Poole and her dba independent music label, 141st Lane Media, recently partnered with Fred Jerkins’ Darkchild Gospel record label and his We Break Records radio promotions to release Angela’s self-titled album on August 27, 2021. The 9-track project which also features notable songs “Speak to the Mountain” and “You Deserve” to name a few brings a fresh sound to the contemporary Christian and Gospel music genre. Her self-titled and third album Angela Moss Poole is the follow-up to her 2012 release Expressions and her 2007 debut album Reflections.

About Angela Moss Poole:
Dr. Angela Moss Poole is a native of Richmond Heights located in Miami, FL. She is a graduate of Florida Agricultural and Mechanical University (FAMU) where she received her earned a Ph.D. in Leadership and a Bachelor of Science in Accounting.

She also earned a Master’s degree in Accounting from Florida State University. In addition to earning her Ph.D., CPA, and becoming a Billboard-charting songwriter, Angela Moss Poole is a jack of all trades—She is also a Film and TV scorer, spanning various genres. She is the founder of the Foundation for Wealth Building, Inc., is a voting member of the Gospel Music Association, and a member of the National Association of Black Female Executives in Music and Entertainment. She enjoys using her music to raise funds and awareness for causes as domestic violence, cancer research, women and family empowerment, and financial education.