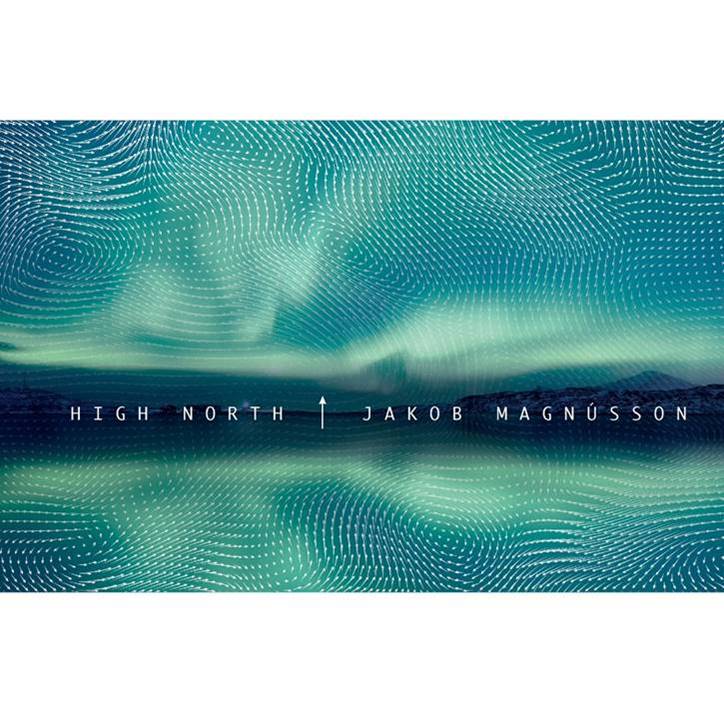 REYKJAVIK (6 May 2020): Observing the global pandemic from his relatively unscathed northern perch in Iceland, keyboardist Jakob Magnusson follows developments on the virus and its economic impact closely. With less than a dozen deaths directly attributed to coronavirus in this Nordic nation, the jazz-funk artist is focused on dropping his “High North” EP on Friday on the Woodward Avenue Records label. As some astute observers believe that Iceland is in one of the strongest positions to recover and rebound swiftly from the worldwide challenges, Magnusson exudes a sense of national pride, which inspired the title to the five song-set he wrote with two-time GRAMMY-winning producer-guitarist Paul Brown.

“Indeed, the title ‘High North’ refers to my Icelandic origins. I come from what used to be considered the outskirts of the habitable world. Iceland used to be seen as a very remote, cold little island somewhere between Moscow and Washington, but thanks to international aviation, telecommunications and social media, it is now more and more seen as the most ideal and desirable location in the whole world. Living here gives you a different set of values and the musical life in Iceland has for years been blessed by free musical education for all, the presence of American radio and television networks, and some great American musicians and producers like Paul Brown who have been coming here for years to play and produce local talent. I´ve certainly benefitted from this,” said Magnusson, who has also released recordings under the name Jack Magnet.

“High North” was created as an international collaboration between the Reykjavik-based Magnusson and the Los Angeles-based Brown utilizing musicians from both countries. Flugelhorn player Snorri Sigurdsson, trumpeter Ari Bragi Karason and vocalist Ragnhildur Gisladottir are among the Icelandic musicians contributing to the collection with most of the grooves anchored by the Icelandic rhythm section formed by bassist Johann Asmundsson and drummer Thor Thorvaldsson.

“We were lucky to have one of the world´s foremost bass players here to lay the foundations with us, jazz-funk maverick Johann Asmundsson, who has provided some of the key elements to the sound of renowned groove-jazzers Mezzoforte,” said Magnusson, who went on to reveal the inspiration for the EP opener, “Karlsson’s Arrival,” a toss around the musical horn that affords each player the moment to shine by offering clever retorts in response to Magnusson’s deft keyboard calls.

“One of the songs on the EP is aptly named ‘Karlsson´s Arrival’ due to the fact that Mezzoforte guitarist Fridrik Karlsson volunteered to come to the studio and lend his magic guitar touch to some of the tracks together with his longtime American friend, Paul Brown, with whom he has frequently performed in Iceland and London.”

Serviced to radio and set to begin collecting playlist adds on Monday (May 11) is “Caption This,” a retro cool vibe that opens with a slick 1970s guitar riff from Brown that churns away in the background as Magnusson dispenses soulful keyboards throughout the cut. While citing the song’s message, Magnusson offers the track as a state of the union on the future of the contemporary jazz-funk genre.

“‘Caption This’ refers to playing within certain musical concepts and commenting on them with our own rather personal musical phrasings – mostly short and sharp. It means creating your own musical phrases as a response to a given musical setting. In this case, we are referring to the rephrasing and repositioning of a friendly retrospective genre that now may have been granted a new lease on life.”

Magnusson & Company playfully embark on the quirky “Reykjavik Romp.” One of the most interesting EP credits is credited to Thor Thorvaldsson and Einar Scheving on the haunting “Next To You,” an atmospheric number showcasing Magnusson’s nimble keyboard explorations.

“We spice up our rhythms with local human elements like Polar Beat. The Icelandic Polar Beat involves some mouth & body percussion,” Magnusson explains.

Magnusson is considered one of Iceland’s most original musical exports and a Rhodes keyboard master. He has amassed a versatile body of recordings that include collaborations with jazz royalty (Stanley Clarke, Freddie Hubbard, Tom Scott and Richard Elliot) as well as pop superstars (Elton John and Phil Collins). A dynamic multimedia personality who served as a celebrity judge on “Iceland’s Got Talent,” Magnusson starred in and produced Iceland’s biggest box office success, “Með allt á hreinu (On Top).” For more information, please visit Magnusson on Facebook and Instagram or visit http://woodwardavenuerecords.com/.

“Karlsson’s Arrival”
“Hook, Line & Sinker”
“Caption This”
“Reykjavik Romp”
“Next To You”