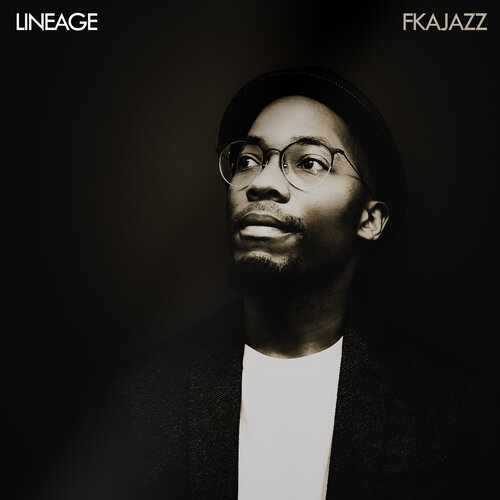 With “Lineage” FKAjazz reveals a side of himself we’ve only recently send glimpses. In both his 2019 Billboard charting album, “Beautifully Awkward” and his debut as FKAjazz with “Stereotype Threat” in 2017, we got an overall perspective of FKAjazz as both a producer & saxophonist. But it’s his production that really takes the forefront throughout these previous releases. “Lineage” brings us to a new realization. That FKAjazz is a saxophonist of saxophonists.

“I started my career as a saxophonist. Sometimes people forget that and are surprised when I show up at Smalls [Jazz Club], performing with E.J. Strickland, Hans Glawischnig or any of the heavy hitters that I still play with on the jazz scene here & there. It’s not often that I get to do gigs like that because my main focus is producing & mixing but I still love playing the saxophone and I’ve been doing it for a long time. It’s my most cherished way of expressing myself. So after doing a few albums that are heavily vocal-based I thought, ok, now I can stretch out and have some fun on my instrument. Besides, someone has to create new music for hip hop artists to sample, right? LOL!”

In “Lineage” we see just how formidable FKAjazz is as a multi-instrumentalist, performing tenor saxophone & vocoder throughout the EP. FKAjazz is joined by a solid & preternatural band, all members of his music collective Trew Culture. With Justin Swiney on drums, Noah MacNeil on piano & keyboards, and Yoshiki Yamada on electric bass, the chemistry is electrifying. Also added to the mix is their fellow collective member & hip hop artist, BD3 giving us poignant voice-overs that help tell the unscripted story that unfolds as we listen to “Lineage.”

At the start of our discovery of FKAjazz we were told by United Press International that, “he fearlessly plays with precision and a passion that takes you on a musical journey like no other.” and dubbed FKAjazz as a “triple threat Musician/Producer/Writer.” It is evident that this is holding true as the years pass and we get to see all sides of what this artist has to offer.