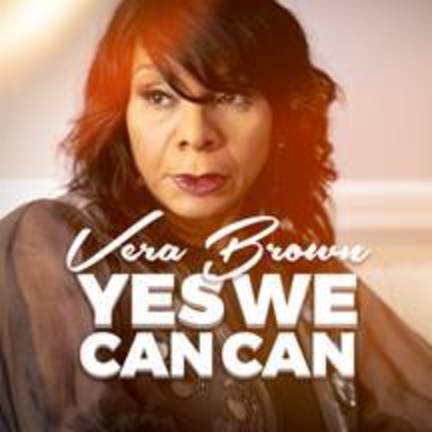 Philadelphia, PA — Singer Vera Brown is a southern girl currently residing in Pennsylvania. Her southern soul, gentle demeanor, extensive music background and passion for God’s people are a combination that creates a magnetic personification for an artist. Vera Brown is a chosen vessel of God, an anointed voice and a woman who encourages through her voice and through her incredible life.

Vera launched her professional singing career with the R&B group Neo Experience over 40 years ago. After that chapter, she founded the group Sassafras with her sister and a fellow friend where they released their self-titled album in 1978. In 1979, she joined The Ritchie Family (sister group of The Village People), replacing Ednah Holt and became their official lead singer. From 1979 – 1983 Vera released multiple hit singles including “Bad Reputation”, “Put Your Feet To The Beat”, and “Where Are The Men”.

Vera left R&B music seeking a deeper spiritual relationship with the Lord and decided to accept the calling on her life to minister the Gospel of Jesus Christ though song in Praise and Worship music. Now over 10 years later, produced by her husband Ben Pressley, Vera has emerged as a solo gospel artist with her first album SOMEBODY (2018).

Vera’s new single, “Yes We Can Can”, is a remake of the Pointer Sisters classic hit in which Vera delivers with passion and with an authentic throughback funky vibe.

Vera will be performing “Yes We Can Can” on Atlanta Live TV on Tuesday, August 6. Atlanta Live TV airs at 7PM Eastern throughout Georgia and streams at http://watc.tv/atlanta-live/ and via the Atlanta Live Facebook page.

Through her music, Vera expresses the Love and Joy of the Lord, and that all transformations, all obstacles, all dreams and desires are possible.

“I thank God for blessing me with a gift of music and to be considered to serve Him is truly greater,” she says. “Singing for the Lord is my life and I am so grateful that he allows me to do this. I’m thankful that gives me strength and blessed because through Him We Can do all things!”