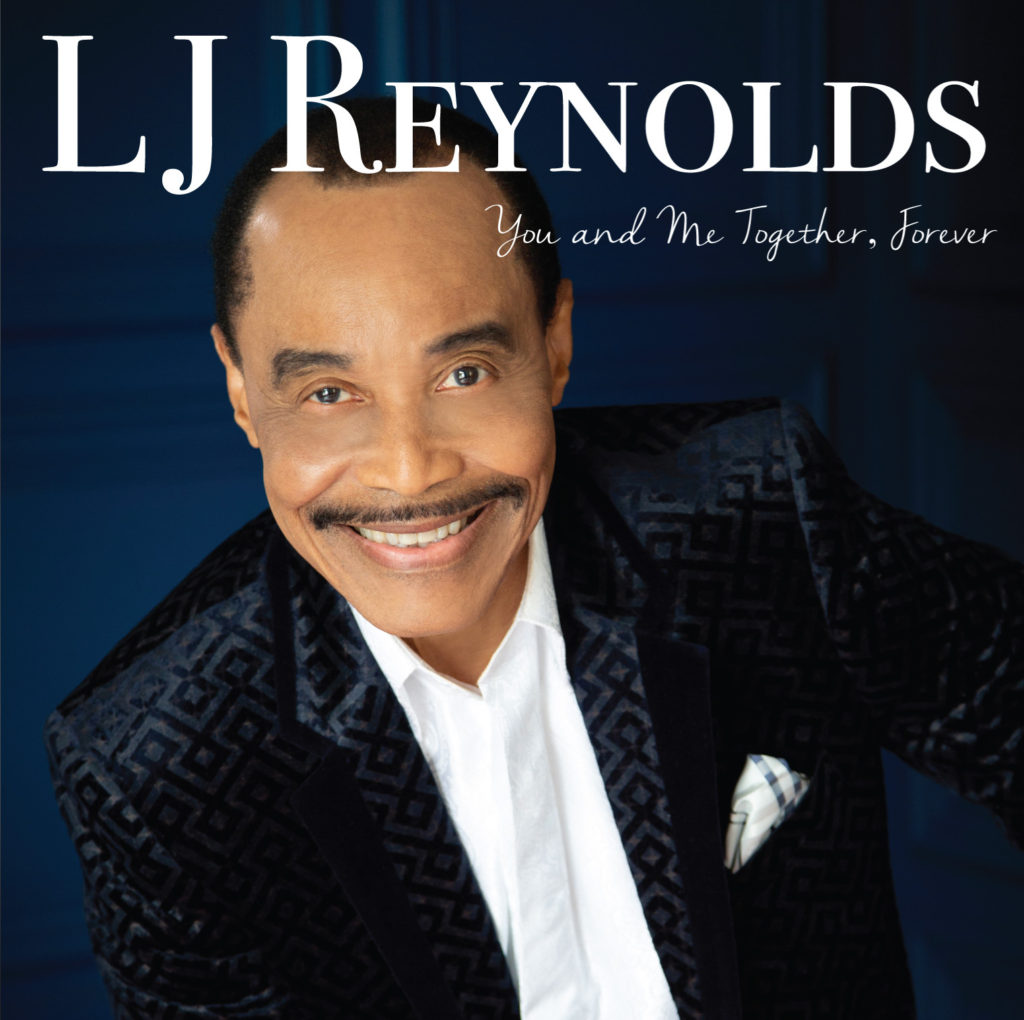 L.J. Reynolds, Legendary Dramatics Frontman,
Releases New Single,
“You and Me Together, Forever”

“‘You and Me Together, Forever’ is one of the best records that I’ve ever done,” says Reynolds, the legendary balladeer. “This song will take my fans and all listeners on a love journey to heaven. The song conjures spiritual feelings with heartfelt lyrics.”

Reynolds recently produced and directed the video of “You and Me Together, Forever” with his co-director, Diego Cruz through Reynolds’ company, Magnificent Productions.

The single is the first taste of Reynolds’ forthcoming tenth solo project, You and Me. For the album he also recorded and produced a remake of a Marvin Gaye classic, which he has titled “Mercy, Mercy Me/Stop The War, Save The World (I Just Can’t Stop Dancing).” He also recorded a brand-new version of his ‘70s hit classic, “Key To The World,” now retitled “Giving All My Love, Key To The World,” that Reynolds rededicates to his lifelong fans.

Reynolds’ previous album, Get To This, featured the hit single “Come Get to This/Stepping Out Tonight,” which peaked at No. 24 on Mediabase’s Urban Adult Contemporary chart. Other chart-toppers include “Cheating on Me” and “You Sure Love to Ball,” each of which was released with a video.

Reynolds opened the door to the hearts of the masses with his first solo hit, “Key To The World,” in 1981. More than 35 years later, transcending time and cultures, “Key To The World” is embraced all over the world. Reynolds’ rendition of “Call Me” (Travelin’, 1982), previously recorded by Aretha Franklin, highlighted his ability to make a classic his own, while “Touchdown” (Lovin’ Man, 1984) climbed the charts and marked his growth as a multiple instrumentist as well as a singer and songwriter.

Throughout the 1990s and 2000s, Reynolds, along with The Dramatics, collaborated with Snoop Dogg on “Doggy Dogg World” (1993) and “Ballin’ (2002). In 2008, Reynolds released his second Gospel album, The Message, collaborating creative forces with Grammy Award-winning producer Michael J. Powell. In 2011, Reynolds busted out with a new twist to his sizzling sound, this time reprising and embellishing upon a Marvin Gaye favorite with “Come Get To This/Stepping Out Tonight” (Get To This). Reynolds refined the production with a steppers’ flavor, and the track quickly became a dance favorite. His powerful vocal range was on display as he once again put his soulful signature on a classic.

Reynolds is currently promoting the new single and confirming dates for the upcoming concert tour. “I wrote this song [“You and Me Together, Forever”] so people can hear the melody and listen to the lyrics; and be able to say ‘that’s me, that’s the way I feel.”