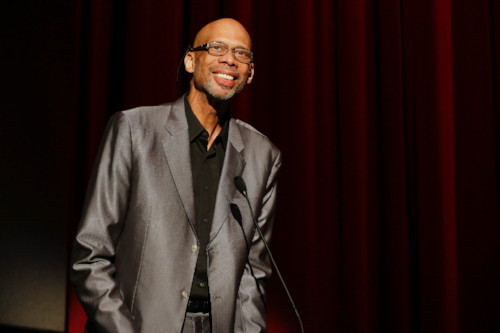 For this landmark keynote address, Mr. Abdul-Jabbar will explore the role jazz can and should play in a moment that is challenging politically, socially, and culturally. A global icon that changed the game of professional basketball, Mr. Abdul-Jabbar has become a celebrated and bestselling author, filmmaker, ambassador of education, and columnist for the Guardian newspaper and Time magazine. A sought-after speaker, he recounts in riveting and humorous detail his exciting evolution from street ball player to successful athlete, author, producer, and community activist.

The Jazz Congress will present drummer/bandleader/producer/advocate/educator Terri Lyne Carrington with the Bruce Lundvall Visionary Award. The annual award recognizes an individual who has demonstrated extraordinary leadership and vision in expanding the audience for jazz and who has made a real difference for the artists, the music and the audience.

For a complete schedule and more information, visit jazzcongress.org.