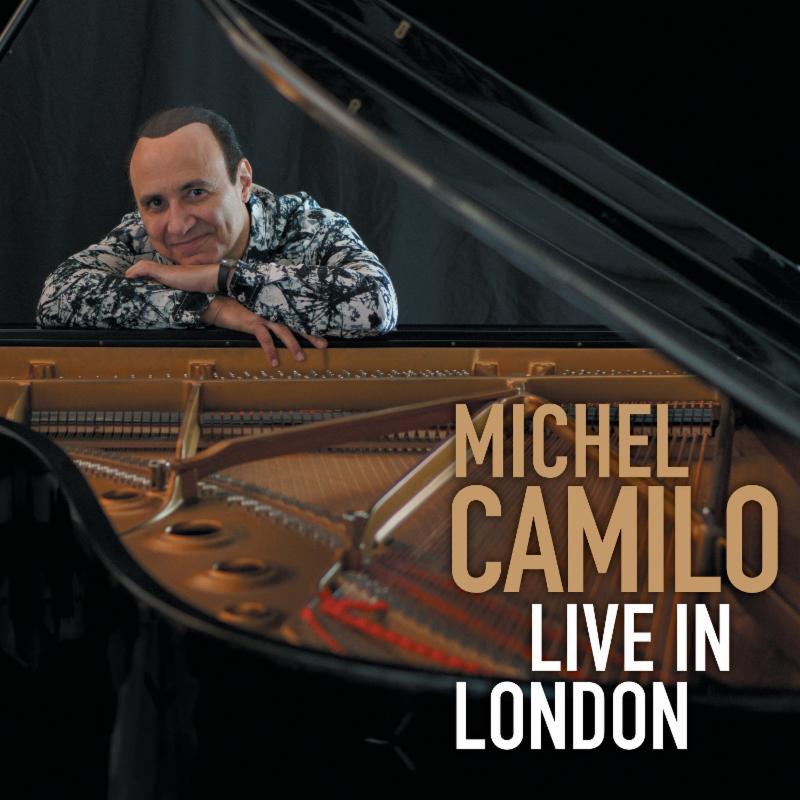 Produced by Camilo and recorded live at The Queen Elizabeth Hall, Southbank Centre in June 2015 (at a concert presented by Completely Concerts), LIVE IN LONDON is a seven-track offering that spotlights Camilo’s original compositions such as an extended exploration of his signature song “From Within,” a gorgeous rendition of “Sandra’s Serenade,” and the fiery montuno-based “Island Beat,” as well as several jazz classics including “The Frim Fram Sauce,” “Manteca,” and a medley of quintessential standards “I Got Rhythm,” “Caravan,” and “Sing Sing Sing.”

“It is a dream come true to share my first Live solo piano album,” reflects Camilo. “This recording captures a truly special evening that I will always cherish. I felt my inner child vibrating at a high level and in complete harmony with the fresh flow of new ideas and emotions, as I deeply enjoyed the process of discovering and exploring the many dynamic colors and nuances of a perfect acoustic setting and sharing them with a truly fantastic listening audience!”

About Michel Camilo
Born to a family of musicians and composers in the Dominican Republic, Michel Camilo is one of the most brilliant performers in jazz today – as captured in his blazing appearances in the award-winning films Calle 54, Two Much and Playing Lecuona. He has also developed a reputation as one who enjoys breaking barriers, as evidenced by his extensive discography featuring albums in Duo, Trio, Sextet, Big Band and as guest soloist with Symphony Orchestras. As a prolific composer, many artists ranging from Dizzy Gillespie to The Manhattan Transfer, Paquito D’Rivera to Flamenco guitarist Tomatito, and Katia & Marielle Labèque to the BBC Symphony Orchestra have performed and recorded his works.