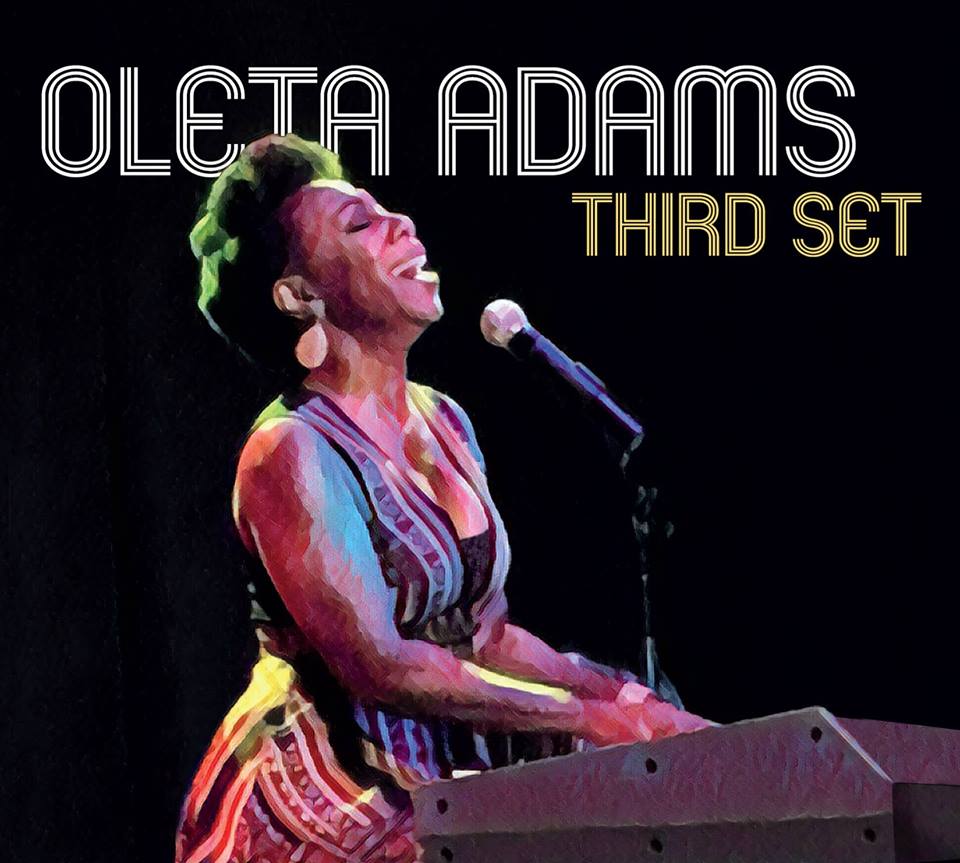 Kansas City, KS, January 27, 2017– Iconic, Grammy-award nominated vocalist Oleta Adams celebrates her 45th year in the music industry with a new collection of classic songs entitled Third Set. Inspired by the early days of her career, when she played multiple shows nightly in lounges and piano bars across the globe, Third Set highlights the music that Adams and her band always loved to play during that halcyon hour when the evening’s final set arrived.

“Before my break, I was playing in the clubs for 17 years,” Adams recalls. “I played a lot of hotel gigs where we would have to cater to all kinds of people. In the first two sets of the night, we didn’t know who we were catering to, so we had to do the songs that were the most familiar. But then, after a while, the third set became the one I designated as my set or the musician’s set. It was when we played what we wanted to play. I grew very fond of that set because it was in that third set that the greatest amount of creativity happened – when the crowds were smaller and we were under less pressure to do what the crowd wanted.”

“At this point in my life it’s kind of cool that I don’t have to ask anybody’s permission anymore about what I want to sing.” – Oleta Adams

Though Third Set may be comprised of the music that Adams and her band revel in playing for themselves, it is likewise filled with stunning arrangements of all-time favorite songs that music lovers will also no doubt stand up and applaud in much the same way that audiences have done as the velvety-voiced songstress has worked out the songs on the road over the last year.

Of her song choices, Adams explains that, “These are not necessarily songs that people would have thought I would choose but I chose songs that have meaning.”

“It needs to have a great lyric and I have to relate to it in some way,” the songbird says of the songs that attract her. “I’ve found that pain is pain, it doesn’t matter who’s feeling it. When people are lonely and hurt or even when they’re happy I can’t imagine that it is any different for one than it is for another. Whether it’s me or somebody I know and I’m speaking for them, there has to be something in a song that I feel enough people can relate to.“

And relate they undoubtedly shall.