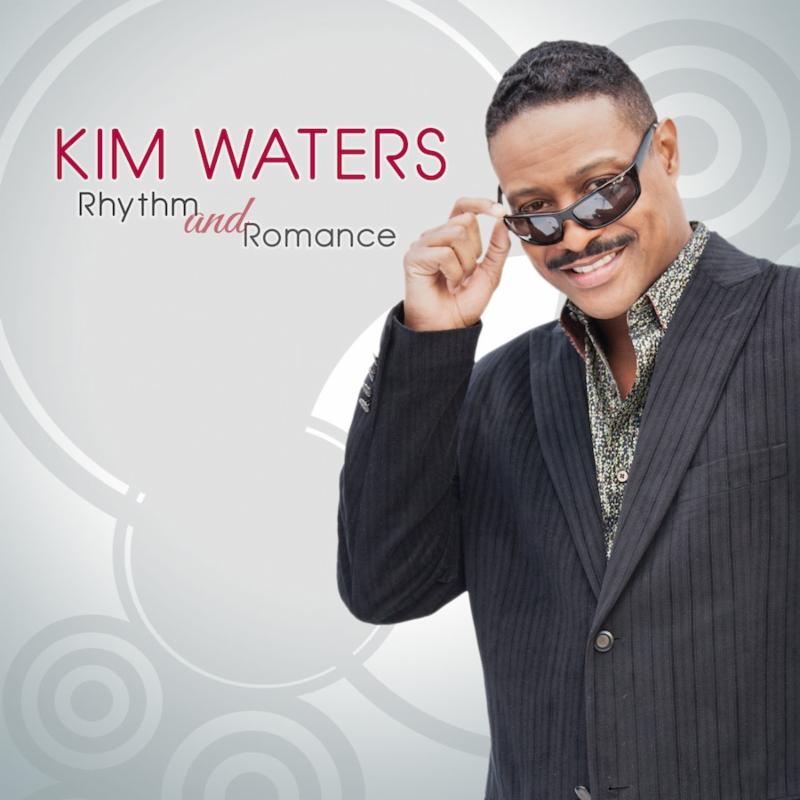 Check Out New Single “Bring It”
Order NOW on iTunes!

Saxophonist Kim Waters has made a career of writing timeless anthems with insatiable grooves, undeniable hooks and memorable melodies that combine the best of jazz, R&B, funk and soul. The prolific saxophonist, composer and producer has enjoyed a career longevity that is rare. Waters’ Zen-like approach to his life and artistry is simple. “My motto is to try and live in a way where I am not stressing about anything. What’s going to be is going to be. I strive to be happy because life is short.” It is with this pointed and in the moment approach that Waters’ delivers his most enjoyable solo effort yet, Rhythm and Romance. The album is dedicated to his inspirations – Kayla and Kimberly. “My daughters are my everything,” beams Waters. “They are smart, talented and focused. I am proud that they see me as a role model.” Rhythm and Romance showcases Waters’ compositional prowess and features seven dynamic originals and three re-workings of hits by Janet Jackson, Sam Smith and DeBarge.

Through the years Kim Waters has proven he knows a thing or two about romance. Just take a look at the titles of his hit Shanachie albums over the last decade and half and you can see that love is a reoccurring theme: Love’s Melody (1998), One Special Moment (1999), From The Heart (2001), Someone To Love You (2002), In the Name of Love (2004), All For Love (2005), You Are My Lady (2007), I Want You: Love in the Spirit of Marvin (2008), Love Stories (2010) and This Heart of Mine (2011). Kim Waters’ 22nd recording as a leader and twelfth CD for Shanachie, Rhythm and Romance, finds the saxophonist doing what he does best — creating dreamy melodies, crafting funky dance-inspired originals, immortalizing sultry ballads, and putting his own indelible imprint on timeless R&B hits. The charming and spiritually grounded saxophonist has proven through the years to be a master composer. “I usually start at the piano and write the song and melody and then I go in the studio and bring the song to life,” he shares. “Sometimes it all comes together immediately while other times it slowly evolves.”

In typical fashion, Waters is like a one-man band playing virtually all the instruments on Rhythm and Romance. However, he does get a little help from some friends including guitarist Dave Manley. Waters shares, “Dave is a great guitarist who can play any style. He has toured with Jill Scott and a host of other great artists and he brings the flavor every time I call him.” Waters is also joined by his long-time friend and collaborator, Chris “Big Dog” Davis (Kim Burrell, George Clinton, Maysa). “He is a super talented keyboard player and a master producer,” exclaims Waters. “Everything he touches turns to gold. He is truly a superstar.” Rhythm and Romance also unites Waters with up and coming vocalist Christi Jones who Waters says we will definitely be hearing more from in the future.

Originally from Maryland, in recent years Kim Waters has resided on the West Coast but is about to make a return to the East Coast and will relocate to Atlanta, Georgia, where he is part owner of the Kim Waters Jazztones Café. The venue features live jazz Thursday through Sundays. The Renaissance man was inspired early on in his career by such jazz luminaries as Duke Ellington, Herbie Hancock, George Duke, George Benson, Grover Washington Jr., and Cannonball Adderley. Waters was born into a musical family and picked up his first instrument, the violin, at the age of eight. “That didn’t go over well with the fellas,” says Waters, who later found his calling on the alto and soprano saxophones at 13. Shortly afterwards he began playing in a band with his brothers, James (who he still performs with) and Eric, and his old friend, pianist Cyrus Chestnut. Over the years, Kim Waters has been called on to perform with or open shows for the best including Al Green, Isaac Hayes, Phyllis Hyman, Teddy Riley and Guy, and Gerald Albright to name a few.

Never one to rest on his laurels, the evolution of Kim Waters’ artistry continues to flourish on Rhythm and Romance. “When my fans hear the new music, I hope they have a musical journey that brings them joy and happiness and leaves them wanting to play it over and over again.”