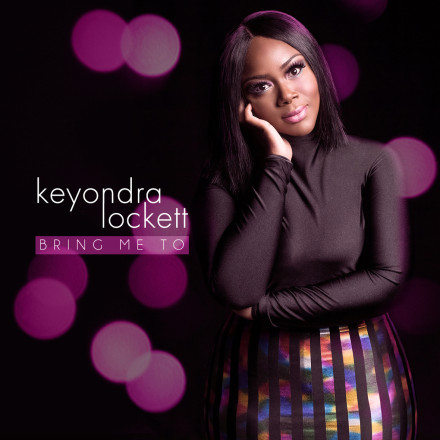 To Coincide With The Release Of Her Free Mixtape, Also Available Today At iTunes, Googleplay, and Amazon Music Is Her EP Bring Me To – An Extension Of “Soul Couture II” Featuring 6 Additional Songs

GARLAND, TX (Friday, December 18, 2015) — The soulful, vocal stylings of Keyondra Lockett, who is also 1/3 member of the 2x Stellar Award nominated group Zie’l, has propelled this rising chanteuse as one to watch with a voice and presence all her own. Not only a gifted singer, Lockett’s talent also extends from behind the mic onto pen and paper as a gifted songwriter, writing Ziel’s 2015 Billboard Top 15 radio hit “State of Emergency” and co-writing Kierra Sheard’s “You Make Me Better” from the newly released Led EP.

Riding this newfound wave of success, today Lockett releases her much buzzed about second free mixtape SOUL COUTURE II, hosted by DJ Dex, which is the follow-up to her well-received debut mixtape Soul Couture, that hit the internet in 2012 and featured remakes from platinum selling artists like; Adele, Faith Evans, Jessie J and Elle Varner.

Produced by newcomer, Tedy P of The Good Guys production team (Micah Stampley, Uncle Reece), Lockett wanted to gift this body of work to all of her fans and loyal supporters who have traveled on this musical journey with her for the past several years, as well as Zie’l. Soul Couture II also finds Lockett teaming up with some of the freshest and hottest new talent around in Gospel like; Jor’Dan Armstrong, MAJOR., Jai, Twyse and Izze.

And as if an entire mixtape of free music was not enough, also available today on all digital outlets, including iTunes, AmazonMusic, and GooglePlay is her EP BRING ME TO, an extension of SOUL COUTURE II featuring 6 additional songs including the title-track single lifted from the mixtape that solely feature Lockett’s fiery, distinctive vocals. 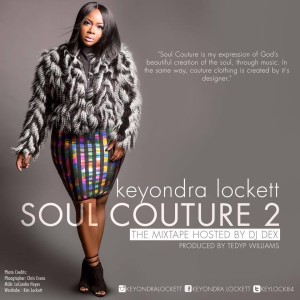 Most recently, Keyondra has furthered her philanthropy efforts by volunteering her time, knowledge and gifts to two very well known non-profit organizations “Saving Our Daughters” and “Rock Paper Scissors,” which places a special concentration on the growing problem of human trafficking and abuse.