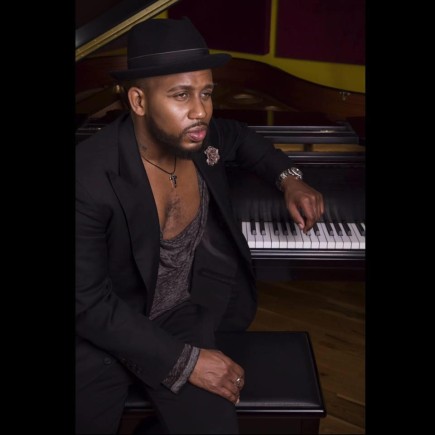 ATLANTA – Sept. 26, 2015 – PRLog — Atlanta native Justin C. Gilbert is set to release his debut album entitled “Aligned” on October 9th, 2015 on all digital outlets. It will include his hit single “Gimme What You Got” which was previously released in February of this year. Pre-orders are available. Gilbert’s album can be described as a “progressive classic”; combining his fresh mix of soul, pop, hip hop and fusion with musical textures of the past we all long for. He’s been featured on Justin Timberlake’s website as a member of the Tennessee Kids and has a recent spread with Yamaha’s All Access.

Justin’s adoration for music began at the age of 2 on drums followed by piano lessons at age 6. He went on to discover his love for orchestral music and passion for piano that would later shape his musical destiny. Justin’s gift for music has allowed him to tour and perform worldwide with legendary artists such as Justin Timberlake (20/20 Experience World Tour, 2013-2015), Jay-Z (Legends of the Summer Tour 2013), Alicia Keys, Aretha Franklin, and Tyler Perry (currently playing for “Madea On The Run”), just to name a few. 2015 has already been a rewarding year for Justin–especially in television–as a member of the house band for the BET Honors, UNCF An Evening of Stars, the BET Awards, etc. And this fall he can be seen serving as music director for BET’s, 2015 McDonald’s 365 Black Awards.

Gilbert’s debut album “Aligned” will be a musical experience for every listener. It will even feature collaborations with the Tennessee Kids (Justin Timberlake’s group of musicians and performers) and Maroon 5’s keyboardist/vocalist and Grammy-nominated artist P.J. Morton. “Supporters can expect a soulful reintroduction to real music; real instrumentation, real melodies, real lyrics, states Gilbert. “This work is truly a progressive classic that will make you feel “real” good!”

For more information on Justin C. Gilbert please contact him at jus1gil@gmail.com or visit www.JustinGilbertNow.com.