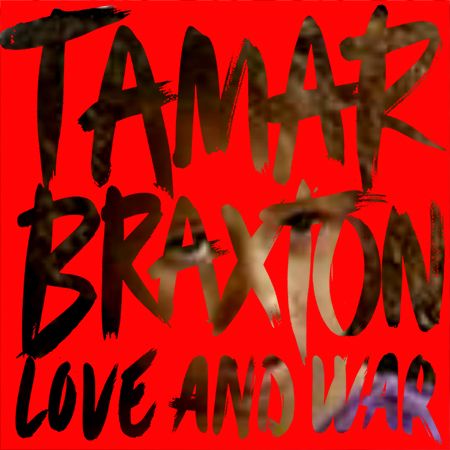 NEW YORK, Aug. 6, 2013 /PRNewswire/ — Tamar Braxton is a TV star, a talk show host, and a brand new mother, but with her soon-to-be-released Streamline/Epic debut album, she’s offering up a potent reminder that she’s also a spectacular singer.

Since becoming available for pre-order today, Love and War has already shot up to #1 on iTunes R&B chart.  The first single, the album’s title track, was a #1 Adult Urban Contemporary hit for 10 consecutive weeks, and the second single, “The One,” was equally well received.   By the time Love and War is officially released on September 3rd, it will be clear why Tamar’s voice has always been the foundation of her career.

In support of the album and pre-order, tonight Tamar will be appearing on “Chelsea Lately,” with a line-up of performances and appearances leading into the week of release, including Fashion Police (Aug. 12), Bravo’s Watch What Happens Live (Aug. 14), Good Morning America (Sept. 3) and Live With Kelly & Michael (Sept. 4).   Additionally, Tamar will hit the road for a 25-city tour with John Legend beginning October 20th.

While her career as a singer/songwriter is full steam ahead, Tamar’s been busy with other pursuits as well.    While it’s her role as a new mother that’s closest to her heart, Tamar’s also co-hosting Fox’s talk show The Real.  Earning rave reviews, the show, which began a four-week run on July 15, is looking like it’ll match the success of WE tv’s The Braxton Family Values, and it’s spin-off, Tamar and Vince, starring Tamar and her manager/husband, Vince, which begins a second season on September 5th.

TAMAR BRAXTON TOUR DATES
(All shows are with John Legend)