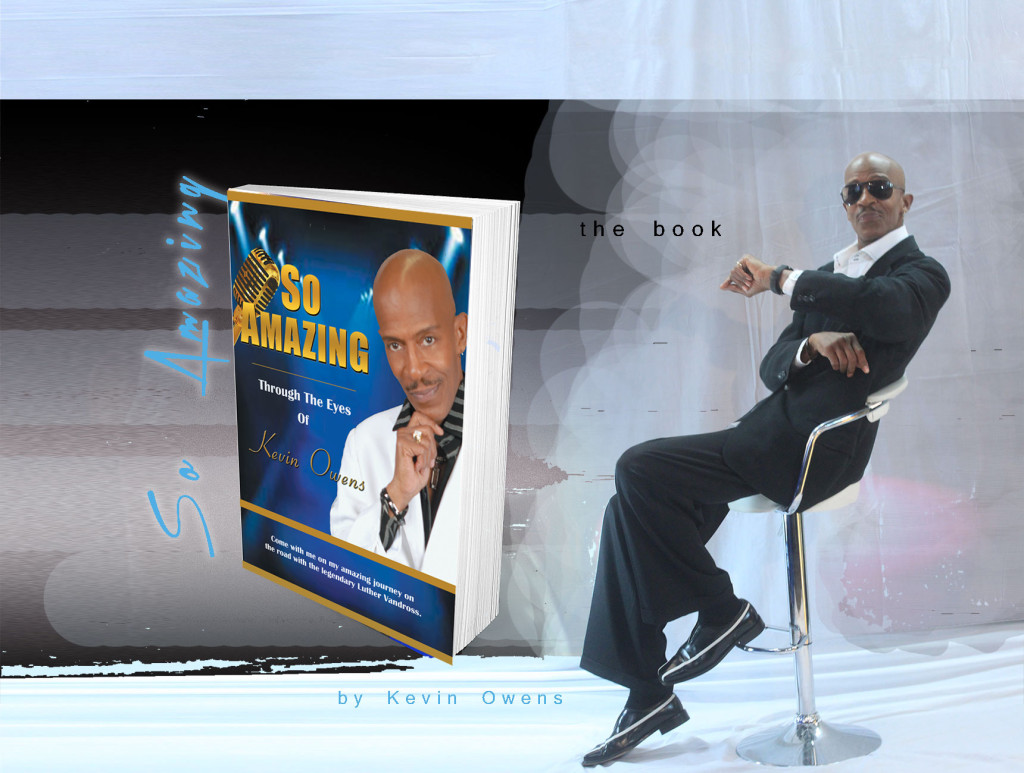 NEW YORK, NEW YORK, August 1, 2013 – Over seven years in the making, SO AMAZING: Through The Eyes of Kevin Owens (My 32 Years On The Road With Luther Vandross and Ray, Goodman & Brown), a compelling new memoir written by R&B singer KEVIN OWENS, makes its highly anticipated book release debut this Fall. The book chronicles 23 years of Owens’ own musical experience on stage and behind the scenes with international superstar singer/songwriter and 8-time Grammy® Award-Winner LUTHER VANDROSS. Known for his signature falsetto vocal range, Owens provides an inside look at how Luther selected his entourage, handpicked production personnel, created his costumes for his touring productions, handled difficult situations on the road as well as how he created hit song after hit song…and the singer’s total devotion to his fans.

Luther Vandross was the last icon of a peerless grade of all-around musicians who worked his way from coveted commercial jingles and New York session singer supreme into a world renowned soul-pop superstar – as loved for his original compositions/productions/arrangements such as “Never Too Much,” “Forever, For Always, For Love,” “There’s Nothing Better Than Love” and “So Amazing,” as he was his sumptuous re-workings of others’ classic songs such as “If Only For One Night / Creepin’,” “Since I Lost My Baby” and “A House is Not a Home.”

Kevin Owens’ musical resume consists of providing background vocals both on stage and in the recording studio with some of the most celebrated music artists of his generation that include, Ramsey Lewis, Nona Hendryx, Kirk Whalum, Freddie Jackson, Noel Pointer, Dave Koz, Ray, Goodman & Brown as well as with Vandross.

A percentage of the profits from the book will be donated to The Kei Foundation (The Kevin Owens Education Initiative in Honor of Luther Vandross).

For Pre-Orders for SO AMAZING- The Book, please visit: www.soamazingthebook.com