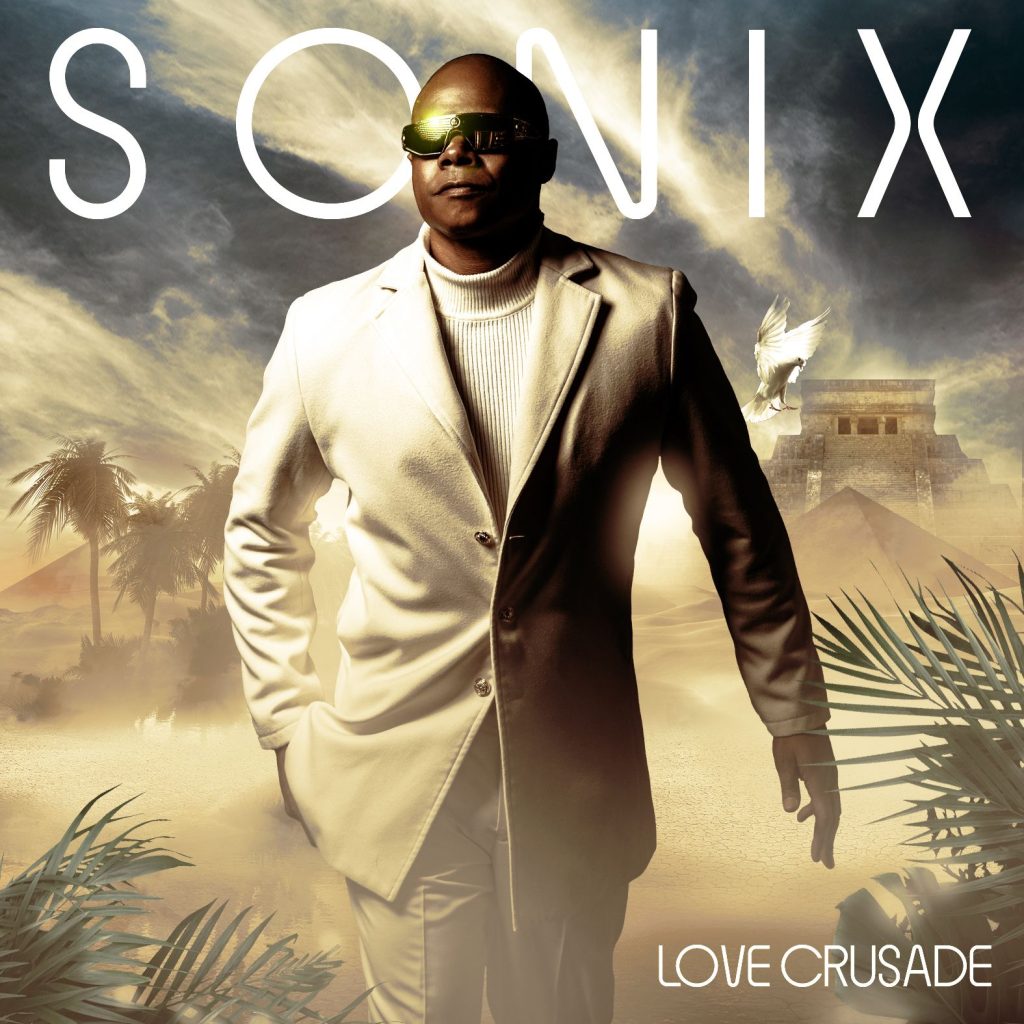 NEW YORK – Sept. 8, 2022 – PRLog — ‘Love Crusade’ & ‘No Ordinary Love The Maxi Single’, are Sonix’s best works to date. It features many of his previous singles that have gone on to reach critical acclaim and peak chart success, including the groovy, lounge jazz vibes of ‘Cloud 9,’ to his seminal track ‘Easy Street.’

Features include Eric Marienthal (Chick Corea) and John “JR” Robinson (Michael Jackson) on ‘Easy Street,’ with other notable performance credits attributed to Patrice Isley and Jean Sandoval on Sonix’s captivating re-imagination of Sade’s ‘No Ordinary Love.’ Brent Birckhead also makes an appearance on ‘Moonlight,’ and last but certainly not least – Johnny “JTwo” Johnson lends his talents on ‘Love Song’ and ‘Take Flight.’ “Love Crusade could very well have been named ‘Love Revival’. As a child, I went from city to city, state to state with my parents and my uncles running church revivals all over the e ast coast from Boston to Miami. My heart’s desire is to take my music around the world to bring joy, laughter and a smile, just to brighten up someone’s day. Love Crusade is my mission to spread love worldwide with my music.” – Sonix

With credits attributed to all-stars like David Bowie, Barry White, DMC, & Bad Boy, Sonix’s soaring success has not gone unnoticed. Love Crusade is a 12-track compilation of his most tastefully seductive Smooth Jazz cuts to date, & an ode to bringing back peace into the world, even if only momentarily. Reeling in influences from across the musical spectrum, including Jazz, RnB, Funk & Fusion, Sonix’s music is a treat for those looking for an invigorating & modern re-interpretation of Jazz.

Love Crusade makes its premiere on September 9th, 2022, and will be released on the imprint, ‘Nucleus Entertainment.’ It will be made available to stream and purchase across all major platforms.

“During the pandemic, hate seemed to be at an all-time high, and there seemed to be a loss of care for our fellow man. It hit me so hard to my heart and to my core that I wanted to be able to give the world a hug, to put a smile on someone’s face, bring someone some joy, a sense of peace, even if it were for a moment. That’s my purpose, and that’s my mission. To spread love throughout the world with music.” – Sonix

For more information on Sonix, head to https://sonixmusic.net/.