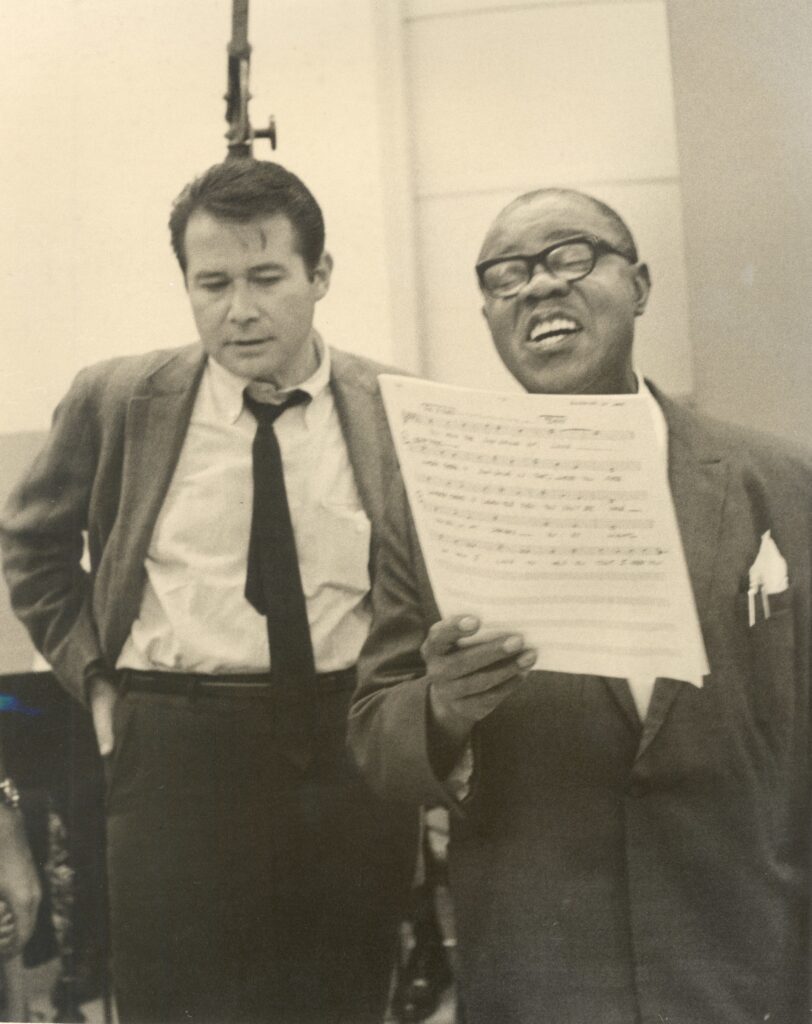 The video celebrates the beauty of the natural world, human imagination, ingenuity, and as Armstrong said, “love, baby, love.” Created by UMe’s content team and animation studio Springtime Jellyfish, the video features handcrafted sets and the tactile quality of stop-motion animation. Every detail in the video – from trees of green, to red roses, to skies of blue – was painstakingly created by hand. Watch it here: https://verve.lnk.to/LAWAWW

Written by George David Weiss and Bob Thiele, the legendary executive and producer for Impulse! Records, “What A Wonderful World” was recorded by beloved trumpeter and singer Armstrong in 1967 following a period of intense unrest across the U.S., including race riots and anti-war protests across the country. The song was written to try to heal a divided country, in the hope that its upbeat, optimistic message might help to quell some of the country’s racial and political unrest. As Thiele stated, “We wanted this immortal musician and performer to say, as only he could, the world really is great: full of the love and sharing people make possible for themselves and each other every day.”

In 1970, Armstrong revisited “What a Wonderful World” for the album Louis Armstrong and His Friends and, in his spoken word introduction, addressed complaints about the apparent disconnect between the song’s upbeat tone and the state of the world:

“Some of you young folks been saying to me, ‘Hey Pops, what you mean ‘what a wonderful world’? How about all them wars all over the place? You call them wonderful? And how about hunger and pollution? That ain’t so wonderful either.’ Well how about listening to old Pops for a minute? Seems to me, it ain’t the world that’s so bad but what we’re doin’ to it. And all I’m saying is see what a wonderful world it would be if only we’d give it a chance. Love, baby, love. That’s the secret, yeah. If lots more of us loved each other we’d solve lots more problems.”

Released in 1967 as a single on ABC Records, which is now part of Verve’s catalog, “What A Wonderful World” was not initially a hit in America, as the marketing and release were sabotaged by ABC Records head Larry Newton who was upset with Thiel for recording the song which he didn’t like. Armstrong promoted it by performing it at shows and on TV but despite his efforts it would go on to only sell less than 1,000 copies. However, overseas the song was a massive #1 hit, topping the UK charts for 13 consecutive weeks in 1968 and also becoming a hit in countries across Europe and South Africa.

The song remained nearly forgotten until 1987 when it was featured in the film “Good Morning Vietnam,” where it served as the musical contrast to images depicting violence and the atrocities of war, beginning a trend of using the song ironically in TV and film as cultural commentary. Nearly two decades after it was released, the song experienced newfound popularity when it was re-released as a single that subsequently roared up the charts to #33 on the Billboard Hot 100. Ever since, it has been used in countless TV shows, commercials and films and become Armstrong’s most popular recording. “What A Wonderful World” was inducted into the GRAMMY® Hall of Fame in 1999.

“Louis Armstrong created a timeless masterpiece that has resonated around the world since its original release,” said Bruce Resnikoff, President & CEO, UMe. “That fact has been reaffirmed with it being the #1 streaming and downloaded track in Verve history. We are honored to expand his reach to new generations by providing new ways to experience his message.”

Jamie Krents, EVP Verve/Impulse! said, “Louis Armstrong single-handedly changed the face of popular music and jazz with recordings like ‘What a Wonderful World.’ It is a great honor for Verve to work with the UMe team to craft a video befitting that iconic song’s positive message and beauty.”

Released in honor of Armstrong’s birthday (August 4, 1901), the official music video premiered on Facebook and has already racked up more than 5 million views.