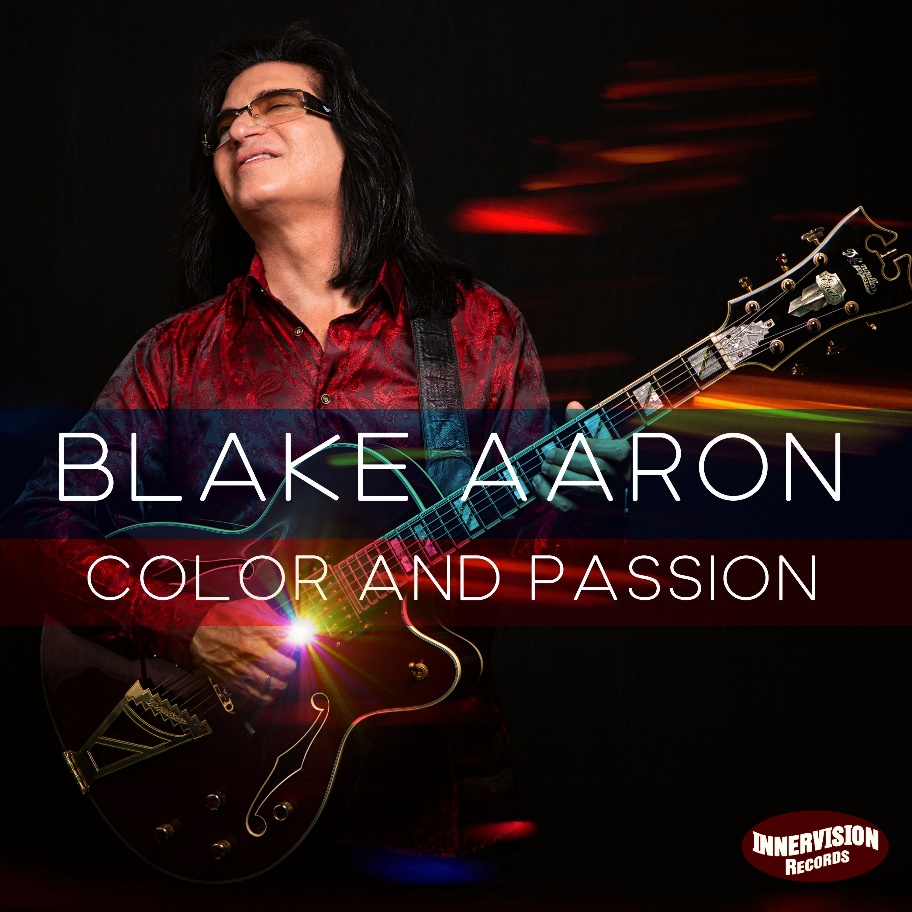 The album is set to drop September 18 as the latest single, “Daylight,” brightens playlists

ALISO VIEJO (10 August 2020): Torrential rain poured on the dark and dismal day that Southern Californians were ordered to shelter in place last March due to the coronavirus. Despite the unsettling time, Billboard chart-topping contemporary jazz guitarist Blake Aaron sat down to write a song to communicate hope. Using a tropical soca rhythm and infused with bright energy and joy, “Daylight” is Aaron’s newest single moving up the Billboard chart from the forthcoming “Color and Passion,” his sixth album that drops September 18 on Innervision Records.

“‘Daylight’ was written on and inspired by the day the coronavirus was officially declared a pandemic. It’s a song completely opposite of that rainy, dreary day written with the hope that we would soon see ‘daylight.’ The coronavirus has brought more pain to more people for much longer than we possibly could have imagined. ‘Daylight’ represents my musical hope and celebration of a new day for all of us,” said Aaron, who produced eight tracks, wrote seven songs and co-wrote three tunes for “Color and Passion.”

“Color and Passion” is Aaron’s first collection since 2015’s “Soul Stories,” and like that outing, half of the new album is made up of hit singles that were released over the last few years along with some newly completed cuts, many of which bode to be issued as singles. Two singles from “Color and Passion,” the melodically rich “Fall For You” and “Groovers and Shakers,” a duet written and produced with hitmaking saxophonist Darren Rahn, went No. 1 on the Billboard chart. Invigorating and illumined by a horn section, “Vivid” climbed into Billboard’s top 10 as did “Drive,” another propulsive collaboration with Rahn that was the No. 1 song of 2019 on the Radiowave chart.

Virtually every song on “Color and Passion” sounds like a single because of Aaron’s innate ability to write ensnaring hooks that he animates with dexterous and technically-astute guitarwork along with an assortment of first-call musicians, the likes of which include bassists Darryl Williams, Hussain Jiffry and Mel Brown; drummers Tony Moore and Eric Valentine; keyboardists-pianists Rob Mullins, Tateng Katindig and Mike Whittaker; horn players and arrangers David Mann, Lee Thornburg and Scott Martin; and strings arranger Craig Sharmat.

“I’ve never been a believer in throwaway album cuts, so I write every song on my CDs with the hopes of it having a good shot at being a radio single. I’ve been lucky because I’ve had quite a few radio singles from both ‘Soul Stories’ and ‘Color and Passion.’ My radio promoter jokes that my albums are like greatest hits CDs even before they’re released.”

Aaron’s catalogue has consistently explored a wide range of musical styles – jazz, R&B, pop, Latin, Caribbean, funk, fusion and rock – and writing and recording over an extended period of time perhaps enhances the diversity heard on “Color and Passion.”

“‘Color and Passion’ refers to the way I see the wonderful and beautiful vast array of different styles and moods of music as colors, how those colors represent different paths, twists and turns on the journey through life, and the passion I have always had for and expressed through my music that hopefully shines through in my playing style, especially on songs like the title track,” said Aaron, who then got introspective.

Releasing a new album during this uncertain time is not easy. All of Aaron’s supporting concert dates have been canceled or postponed for the time being. But he remains an eternal optimist and purposely closed “Color and Passion” offering a note of optimism.

“I must admit the one good thing for me that came out this terrible coronavirus situation was it allowed me to focus and finally finish ‘Color and Passion.’ I ended the album with Stevie Wonder’s uplifting and joyful ‘Don’t You Worry ‘Bout a Thing’ because that is the last feeling and encouraging impression I want listeners to take with them. I hope this album provides a musical glimmer of hope and belief that we will get through this together.”