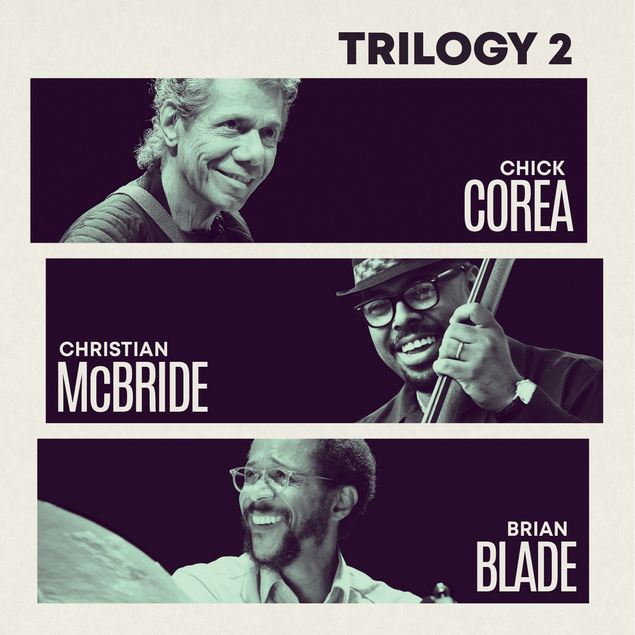 Trilogy 2, due out October 4 on Concord Jazz, is culled from the trio’s recent world tour,
featuring jazz standards, modern classics and favorites from Corea’s remarkable catalog

For Immediate Release – When an iconic pianist like Chick Corea gets together with such modern masters as bassist Christian McBride and drummer Brian Blade, perhaps it should come as no surprise that the music they create together is absolutely magical. Their 2014 release Trilogy earned universal acclaim, including a pair of GRAMMY Awards (Best Jazz Instrumental Album and Best Improvised Jazz Solo for “Fingerprints”), and confirmed the trio as one of Corea’s most revered ensembles.

Despite sprawling across three jam-packed CDs, Trilogy left fans everywhere clamoring for more. So when the three virtuosos reunited for another world tour, the results were captured for posterity and the highlights are now collected on the long-awaited follow-up, Trilogy 2. Set for release on October 4, 2019 via Concord Jazz, the double album is another treasure trove of sparkling energy and thrilling in-the-moment invention.

Each member of this trio is a giant in the jazz world and beyond, but the peerless chemistry they share elevates their collaborations into the realm of the truly special. Even before coming together as a self-contained unit, the three had gelled on tour with Corea’s Five Peace Band, an electrifying all-star ensemble he co-founded with fellow legend, guitarist John McLaughlin, and featuring Kenny Garrett on saxophone. On their own, the trio pairs high-caliber musicianship with an easy camaraderie, making for music that is as artistically exhilarating as it is fresh and playful.

“In every group that I work with, the fun factor is the number one criterion,” Corea says. “This trio is incredible fun. That’s not something you can dictate, but if that’s the experience then the music just flows. With Christian and Brian, we have a blast on the road.”

That feeling is captured throughout Trilogy 2, which features tracks hand-picked by Corea from throughout the trio’s recent world tour. The albums capture the feel of a concert program, both in the flow of the music and in the illuminating recording by Bernie Kirsh, Corea’s longtime engineer. The material spans a range of inspirations, from American Songbook standards to jazz classics, reaching back into Corea’s own catalogue as well as that of some of his most renowned collaborators, including Miles Davis and Joe Henderson.

Corea likens the experience of playing live with this trio to “taking a stroll down the street and having a casual conversation. We have a pretty extensive repertoire of songs, and because of the looseness of the trio each one becomes a new thing every time we approach it.” 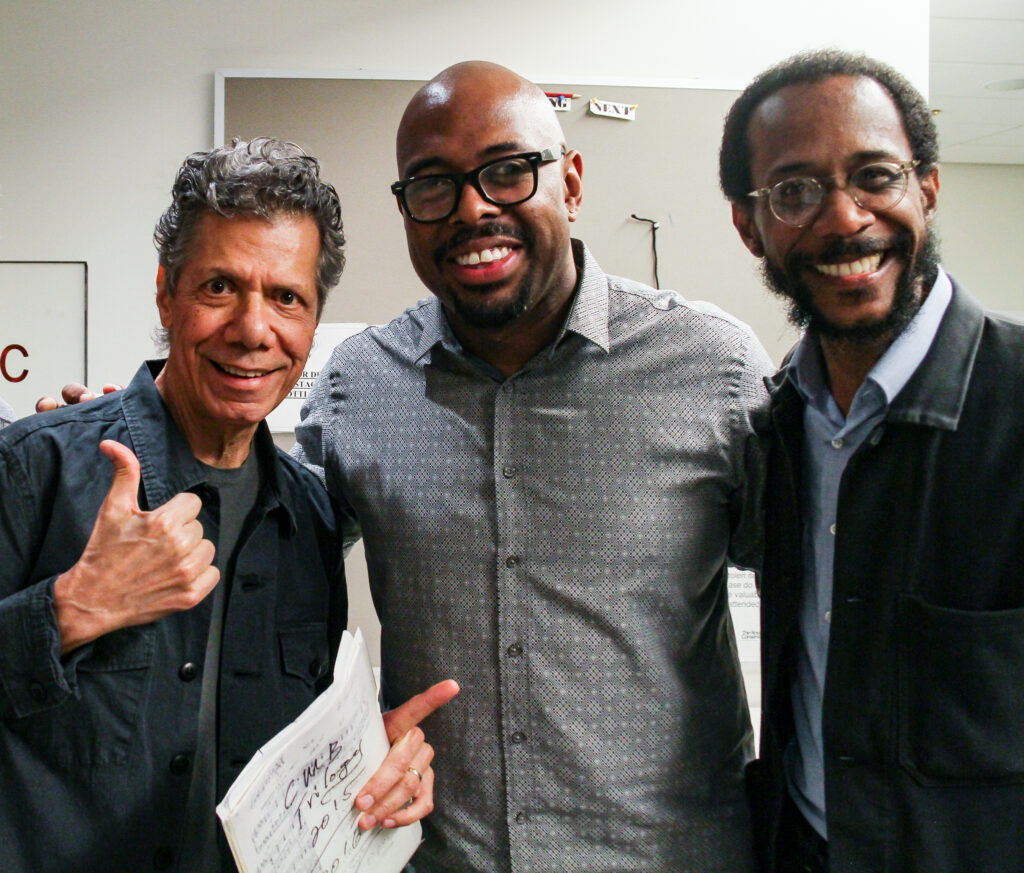 After briefly welcoming an audience in Bologna and introducing his “genius partners,” Corea kicks off the program with an incisive, querying solo introduction to “How Deep Is the Ocean?” – one of only two tracks reprised from the original Trilogy. Over the next twelve minutes the trio plumbs the depths of the familiar standard, seemingly intent on exhausting every possible answer to the titular philosophical question. From the depths to the heavens, they follow up with Corea’s own “500 Miles High,” originally recorded by the first incarnation of Return to Forever in 1972.

At the age of 78 Corea continues to generate indelible memories for audiences around the world. No doubt the performances captured on Trilogy 2 have lingered in the imaginations of the audiences fortunate enough to catch them live; now they get to live on in the minds of jazz lovers everywhere. 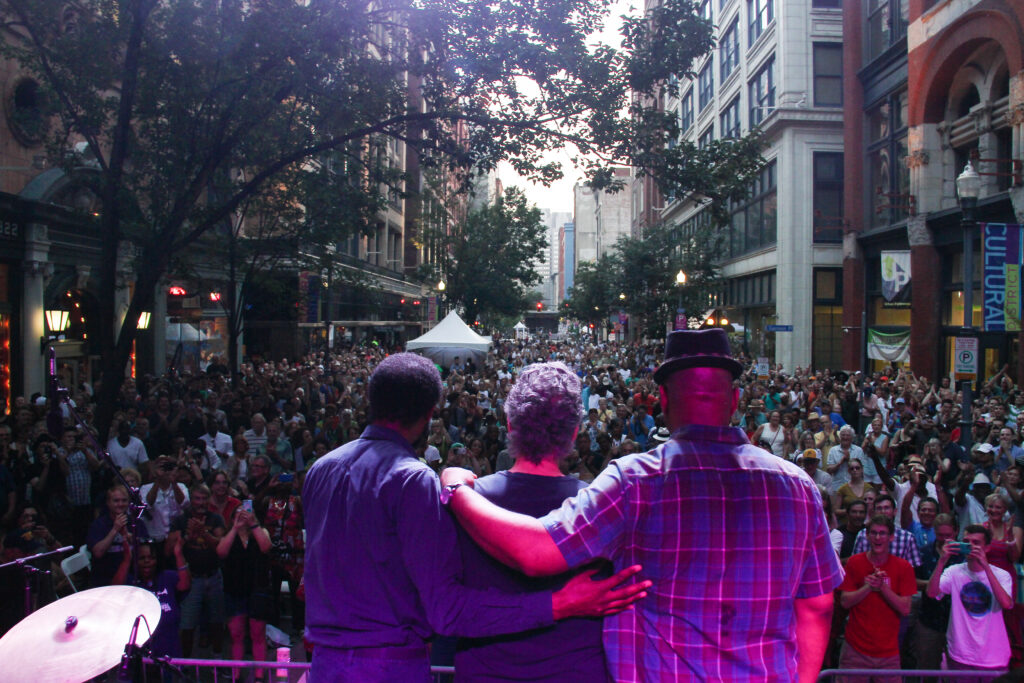 Chick Corea on the web: