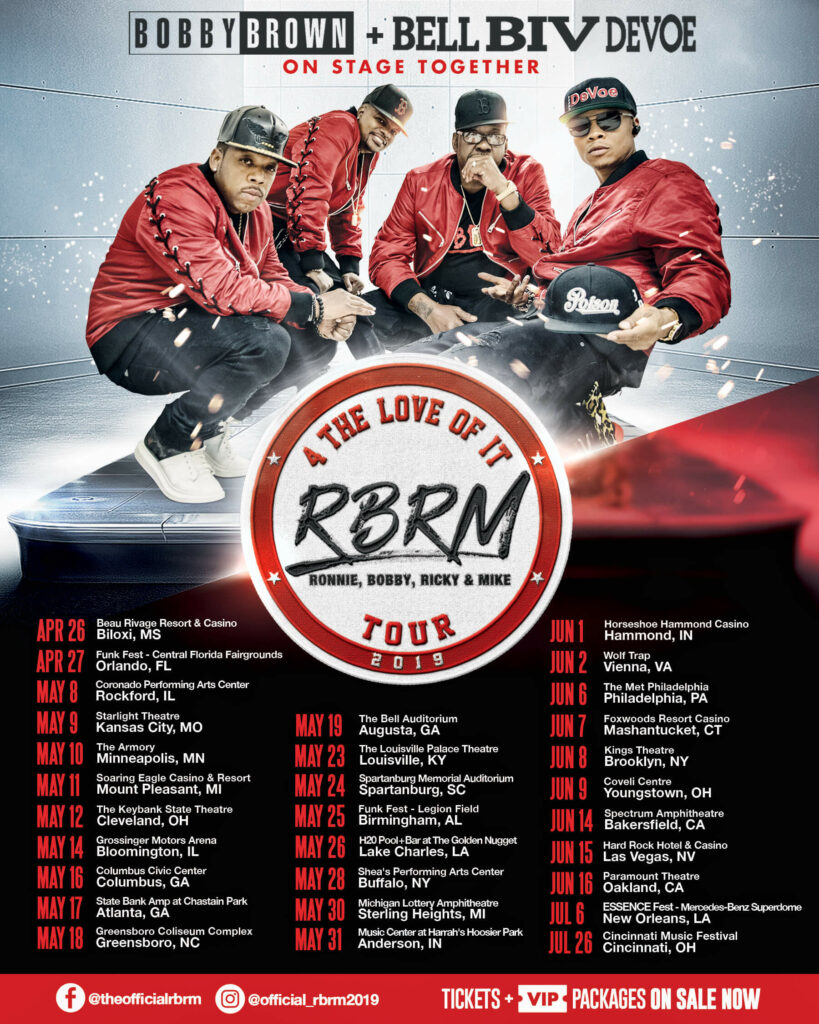 Back Again as ‘RBRM’: Multiplatinum Pop/R&B Icons Ronnie, Bobby, Ricky, and Mike Announce Spring 2019 ‘RBRM—4 The Love Of It Tour’

Fresh off their much buzzed-about debut as RBRM last Fall, the Grammy Award winning members of New Edition will return to the stage in 2019 with the 4 The Love Of It Tour— new dates throughout the U.S. announced

February 2019, Los Angeles, CA— One of the most legendary groups in pop/ R&B history will return to the stage this Spring—with an explosive new twist: New Edition’s Ronnie DeVoe, Bobby Brown, Ricky Bell, and Michael Bivins are joining forces once again as RBRM. 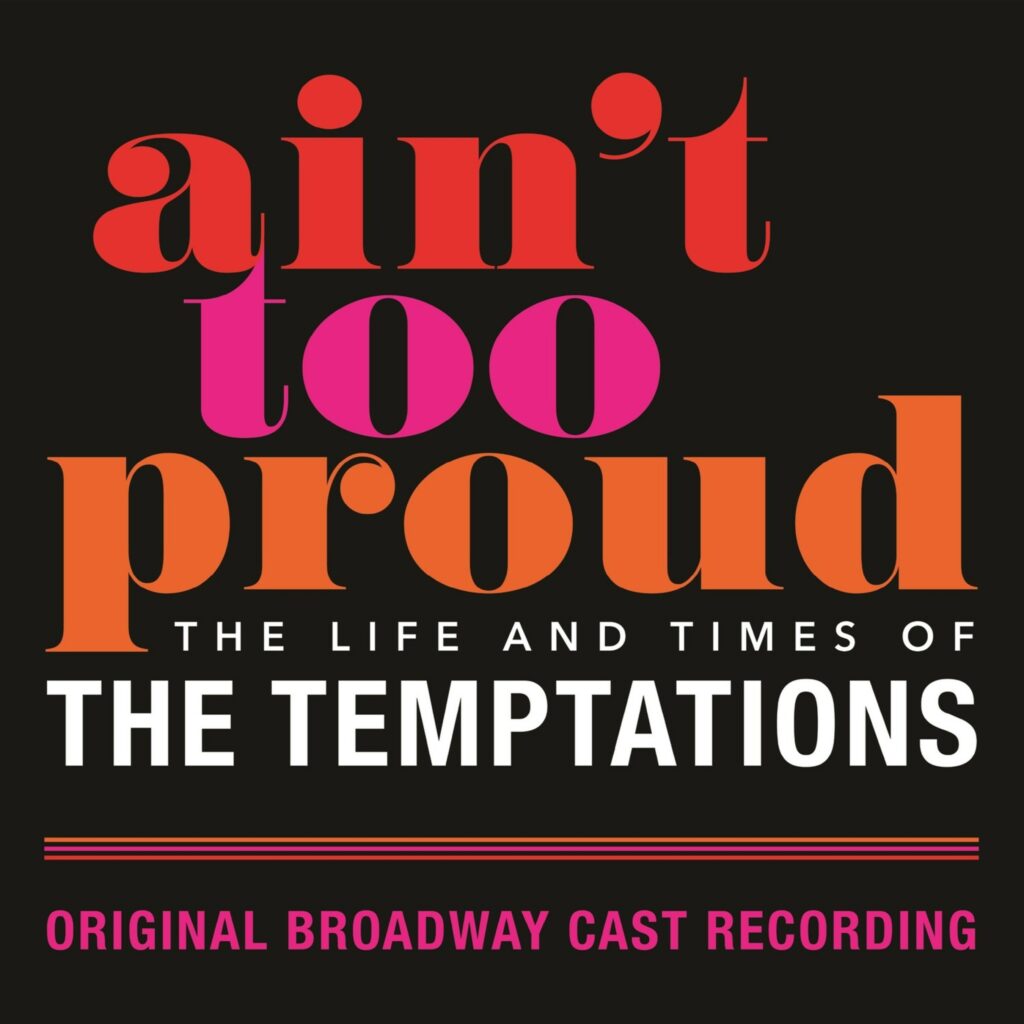 LOS ANGELES, Feb. 28, 2019 /PRNewswire/ — As performances of the acclaimed new musical Ain’t Too Proud – The Life and Times of The Temptations begin tonight at Broadway’s Imperial Theatre, UMe and the show’s producers are pleased to announce that the Ain’t Too Proud Original Broadway Cast Recording will be released by UMe this spring. 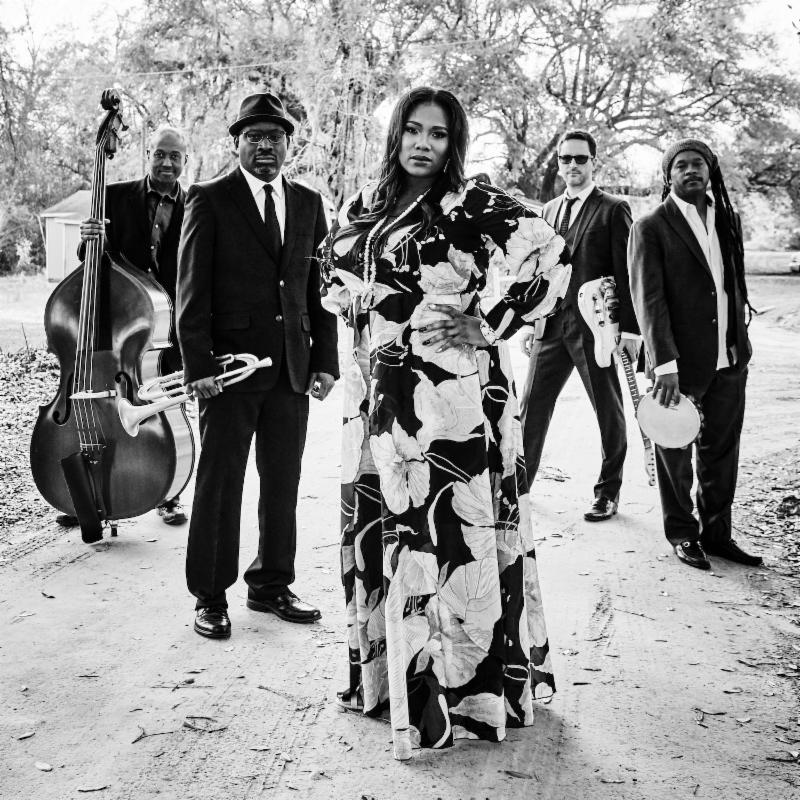 Ranky Tanky to Appear on NBC TODAY Show on
Friday, March 15 During 9:00am Hour

Ranky Tanky is set to make their first national TV appearance after non-stop worldwide touring in support of their eponymous debut album. 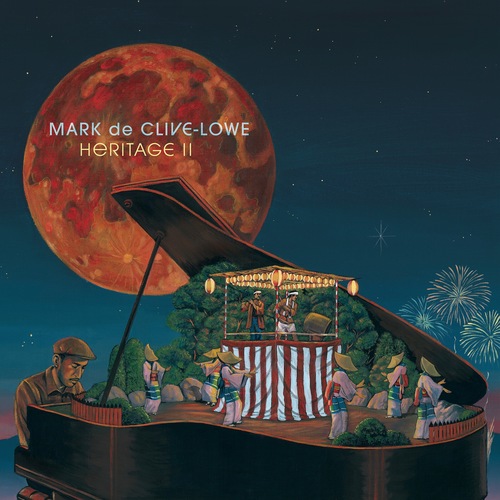 Mark de Clive-Lowe announced an April 5th release date for Heritage II, the partner to his critically acclaimed album Heritage. The pre-order launches today along with the single “O-Edo Nihonbashi.”