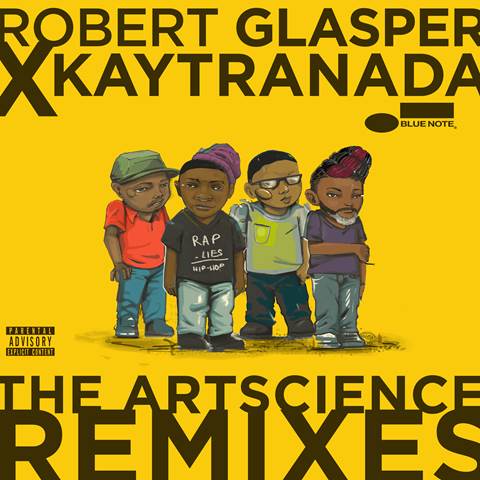 “KAYTANADA is super inventive and musically brave,” says Glasper. “He goes places with the music where most won’t go! Working with him is always so much fun and creatively inspiring.”

ArtScience found the Experiment getting down to its essence, with each of the band members—keyboardist Glasper, saxophonist and vocalist Casey Benjamin, bassist Derrick Hodge, and drummer Mark Colenburg—delivering the vocals and sharing in the production and songwriting on the album.

Glasper has been keeping incredibly busy as of late. His newest band R+R=NOW with Terrace Martin, Christian Scott aTunde Adjuah, Derrick Hodge, Taylor McFerrin & Justin Tyson just finished recording their debut album which will be released this summer. Glasper also teamed with Common and Karriem Riggins for their collaboration August Greene, and the three also won an Emmy Award for their song “Letter to the Free” from Ava DuVernay’s documentary 13th. Following his two GRAMMY-winning Black Radio albums, Glasper has released Blue Note albums with his Trio (Covered), Experiment (ArtScience), and the Blue Note All-Stars (Our Point of View). He’s also scored Don Cheadle’s Miles Ahead film, reinterpreted the Miles Davis catalog on Everything Is Beautiful, and played keys all over albums from Kendrick Lamar’s To Pimp A Butterfly to Anderson .Paak’s Malibu to Maxwell’s blackSUMMERS’night.

The track listing for Robert Glasper x KAYTRANADA: The ArtScience Remixes is as follows: