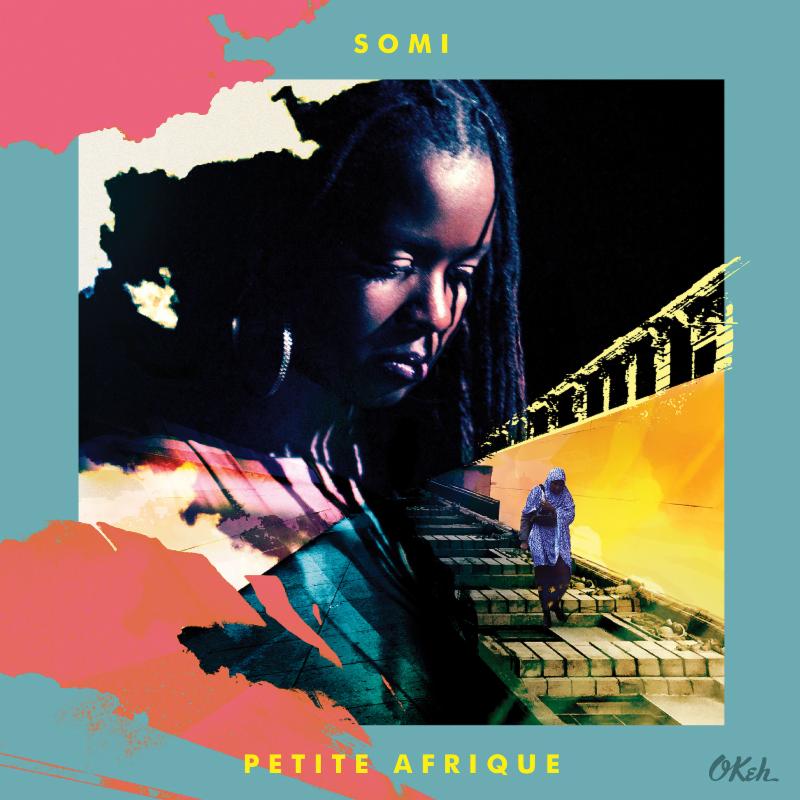 Pulsing with Harlem’s rhythms and sonic ambiance, Somi‘s Petite Afrique is an homage to her New York City upper Manhattan neighborhood, and one of the Meccas of the African diaspora. In the village of Harlem, along west 116th Street from Malcolm X Boulevard to Frederick Douglass Boulevard, African immigrants build American lives. Populated predominantly by a Francophone, West African and Muslim community, this is a strip of Harlem that locals call “Little Africa” or “Petite Afrique:” a thriving corridor of hair shops and shea butters, bistros and self-taught tailors. Many of these working class residents — immigrants-cum-citizens — are now taxi drivers zipping other New Yorkers through the city they’ve called home since the 1980s.

Petite Afrique, Somi’s sophomore effort for OKeh/Sony Music Masterworks, is a daring, relevant, refashioning of what “jazz” and “African music” mean. The album is a timely song cycle about the dignity of immigrants in the United States. Equally anthropologist and writer, Somi’s songs both celebrate Harlem’s black experience and lament gentrification’s slow erasure of the vibrant African immigrant population from the historic neighborhood.

Charles also serves as associate producer on Petite Afrique, arranging the horn and string sections. Producer Keith Witty calibrates and binds all these musicians together into a finely textured, genre-bending sonic collage. Having also co-produced her last studio album, Witty and Somi continue to establish the standard for artfully interweaving modern jazz and African pop sensibilities. Somi’s commitment to storytelling is clear as she intersperses poetry and “backseat field audio” drawn mostly from several interviews she conducted with African taxi drivers who have lived in the neighborhood for over four decades.

The political messages of this album are timelier than she could have ever imagined when she began writing it early last year. This music is singular, gorgeous, urgent and profound.

Born in Illinois, the daughter of immigrants from Uganda and Rwanda, Somi’s American experience has always been infused with the African diaspora’s richest political and artistic traditions. And now Petite Afrique combines the two facets of her life magically. A longtime Harlem resident, Somi is also a true Africanist: she spent part of her youth in Africa with her parents and now, with her band, tours the continent extensively. Famously, Somi’s dazzling 2014 album, The Lagos Music Salon, which debuted at the top of US Jazz charts, was born from an 18-month “sabbatical” in Lagos, Nigeria.

Founder of New Africa Live, a nonprofit championing her fellow African artists, Somi realized some years ago that she was explicitly segmenting her work for the communities she came from and the work that she did as an artist. “I realized,” Somi details, “that I could still curate a sense of community in the same, and possibly larger, ways through my music.” Now a TED Senior Fellow, her career a refined merger of singing and activism, Somi has entered a fascinating new phase herself: “New Africa Live was about making room for our voices that might otherwise go unheard. Hopefully, Petite Afrique starts larger conversations about immigration and xenophobia and Blackness.”

Connect with Somi on Social Media: