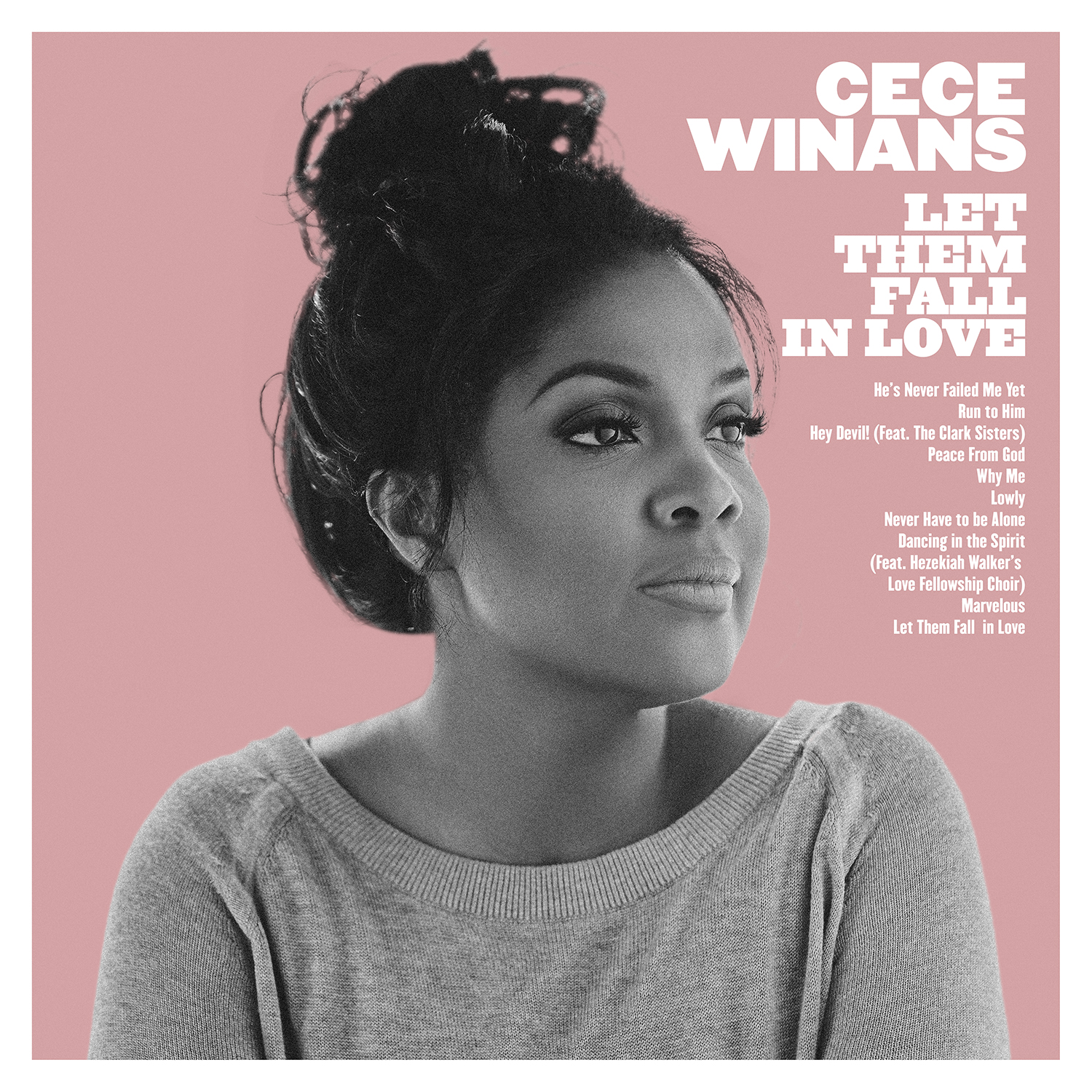 Cece Winans Returns After Nine Years With Soul-Stirring ‘Let Them Fall In Love’ Due February 3, 2017

The ten tracks are polished with emotion and confidence and come alive with Winans’ iconic voice. Musically, big band horns and strings from the Nashville String Machine come together in a glorious blend of past and present, with arrangements that simultaneously recall the heyday of Motown while still sounding undeniably modern.

Winans inhabits each song on the record so fully in part because she’s lived their stories. On “Hey Devil!,” she’s joined by fellow vocal powerhouses The Clark Sisters for a playful rebuke of temptation, while “Lowly” is a lesson about pride and humility aimed at the young men and women who might need it most. Winans’ eclectic ability shines through on the pedal steel country waltz of “Why Me,” a song she discovered when she was invited to perform it live with its writer, Kris Kristofferson.On the album’s other cover, “Dancing in The Spirit” (written by Lady Peachena), Winans is joined by Hezekiah Walker and his choir for a jubilant celebration.

It’s the album’s closer and title track, though, that seems to light Winans up more than any other.”The first song I heard was “Let Them Fall In Love,” and I told my son that it had to be the heartbeat of the record,” says Winans. “There’s a lot of different styles and a lot of strong messages on there, but all of them are to bring us to the point of falling in love with love, faith, joy, and peace. This is why I came back after nine years.”

Winans will tour major markets in 2017, and those dates will be announced in the coming weeks.

1. He’s Never Failed Me Yet

7. Never Have To Be Alone

8. Dancing In The Spirit