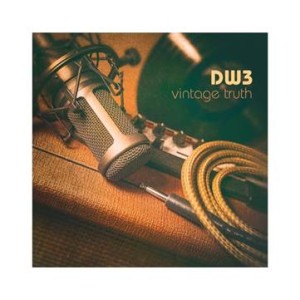 Los Angeles, California (12 February 2015): At the untimely passing of the drummer Steely Dan’s Walter Becker described as having perfect timing, Ricky Lawson was only four songs into producing the sophomore album by R&B vocal group DW3. Lawson, who had an extraordinary GRAMMY®-winning career collaborating with Michael Jackson, Eric Clapton, Phil Collins, Whitney Houston and Steely Dan, had been a member of the band for more than two years and the tracks are his last recordings. Over a year later, DW3’s “Vintage Truth,” dedicated to Lawson, is finally finished and scheduled for release March 17 on the Woodward Avenue Records label.