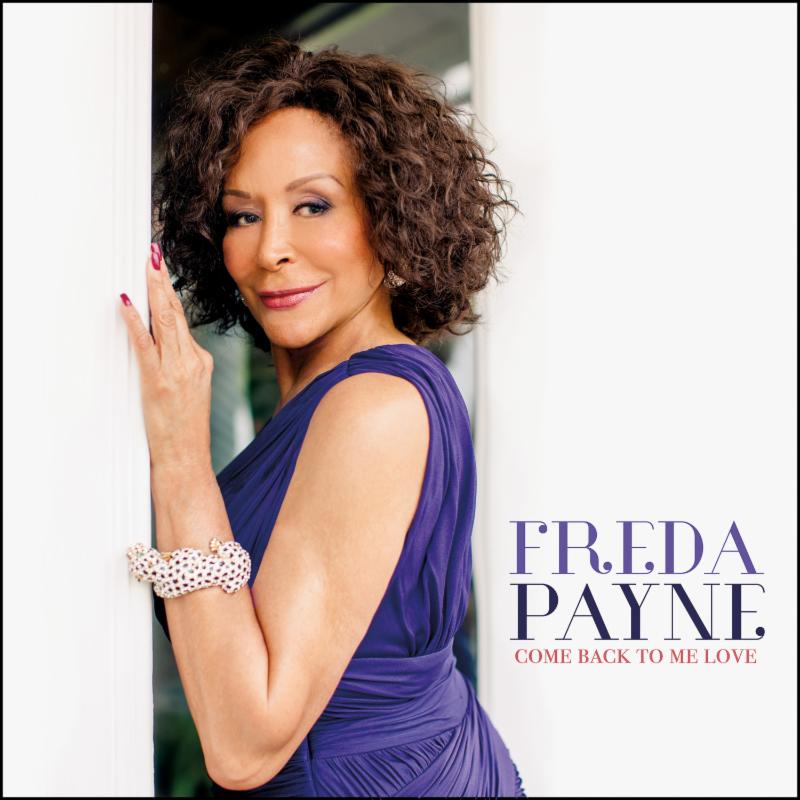 Available Now via Artistry Music:
Vocalist Freda Payne Comes Back to Jazz
and Big Bands with Come Back To Me Love

As iconic in 2014 for her timeless beauty and sex appeal as she is her artistic versatility as an all around entertainer, Ms. Freda Payne remains among music’s and show business’ brightest shining star survivors. When she is singing her heartbeat music – jazz – love, awe and yearning only grow stronger. Her latest album, Come Back To Me Love (her first for Artistry Music) marks not only a return to the big band and strings-laden classics from her mid-`60s beginnings with Impulse!, but also marks a return to her hometown of Detroit. That makes this 14-song album featuring Grammy® Award-winning arranger Bill Cunliffe’s musical arrangements a beautiful homecoming.

“It’s a dream come true,” Payne enthuses with a smile, “just like in 1968 when I was living in New York seeking my fame and fortune, and ran into Brian Holland of Holland-Dozier-Holland. He told me they had just left Motown and started their own company, Invictus. I flew back to Detroit, signed with them and a year later had a Top 5 record, ‘Band of Gold.’ So signing to Artistry Music with Gretchen Valade and Tom Robinson today is truly serendipitous – a flashback to something really good happening for me at home in Detroit, my good luck charm.”

Reflecting on how this opportunity arose, Payne continues, “(Bassist) Ralphe Armstrong and I were on a local big band gig together when he told me about an intimate jazz club in Grosse Pointe Farms, MI, with great food, saying, ‘You should work there.’ I made the contact and that’s when I met Gretchen and Tom. Six months later I did a return engagement and they asked me to sing a song for a documentary on Gretchen – When I Have To Smile. Then they asked if I’d like to record an album for their label, Artistry Music. That made me feel very special.”

That album became Come Back To Me Love, featuring six selections penned by Gretchen and Tom paired with eight selections of golden favorites. When asked who she would like to be her right hand she called upon a more recent associate of hers, Los Angeles-based Bill Cunliffe. She’d first hired him to accompany her in her acclaimed “Ella: The First Lady of Song” engagement at Catalina Bar & Grill in Hollywood. “I told them Bill was at the top of my list,” Freda insists. “Bill is an excellent musician, easy to get along with and respects my ideas.”

With her Artistry Music debut, Come Back To Me Love — on which every instrumental solo sounds like it was played by someone who had a crush on her at one time or another — Ms. Freda Charcelia Payne won’t just be swinging on a star…she’ll be clutching that golden Victrola for this, her return to jazz and Detroit.