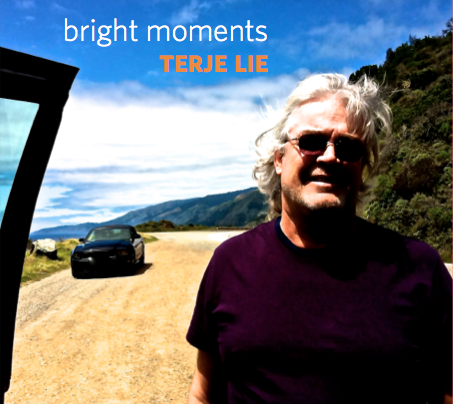 Bright Moments, Lie’s Third Album and His Second with Lorber and Haslip, Will be Released on July 15

It has been four years since saxophonist Terje Lie released his critically lauded CD, Urban Vacation, on which he worked with veterans Jeff Lorber and Jimmy Haslip. That album, the follow up to his debut, Traveler, served to secure Lie’s burgeoning reputation as one of the most expressive sax players around, earning raves from such outlets as Allmusic.com, which stated that he “expands contemporary jazz music…with spirit and drive.” The Urban Flux noted that his work with producers Haslip and Lorber was “a fascinating collaborative process that sparked what became a truly adventurous, R&B-driven jazz fusion date,” and went on to state, “A CD that goes far beyond the general contemporary or smooth jazz album, Urban Vacation should strike jazz fans of all stripes as more organic and adventurous than the typical sax recordings coming out these days.”

Radio stations around the world also showed their love for Urban Vacation. The CD’s single, “Dance on the Water,” was the #1 most added Contemporary Jazz single on internet and satellite radio.

So it’s little wonder that when it came time to return to the studio for his next project, Lie again tapped the talents of Lorber and Haslip to augment his already solid musical efforts. The resulting album, Bright Moments, will be released on Lie’s own TCat label on July 15. An upbeat, positive outing, Bright Moments features a stellar cast of players, including guitarists Michael Landau, Jeff Richman, Marlon McClain, and Michael Thompson, percussionist Lenny Castro, and drummers Tony Moore, Vinnie Colaiuta and Gary Novak.

Bright Moments is in many ways an apt description of the Norwegian born Lie’s perspective on his life in general. “I have lived in beach cities since moving to California, but now I’m in the ultimate place,” he says about the L.A.-area beach town where he now lives. “Not only is it a beautiful location, but it’s a haven for writing and recording music, too.” Propelled by the radio success of 2010’s Urban Vacation, Lie has spent the past four years gigging around Southern California with many of the area’s ‘top-of-the-crop’ musicians, and he reiterates that it’s a “blessing to always get to have top L.A. musicians in my group.”

“I think that Jimmy and Jeff and I are all into creating an energetic, happy, and exciting groove through our music,” Lie continues. “It seems like there is something special that happens when we get together – we get excited around that vibe and create a positive energy.”

Lorber is equally expansive in his attitude toward collaborating with Lie. “Terje is a wonderfully talented sax player and composer. It’s always a blast working with him in the studio, he’s got an easy going way about him – he always makes making music fun.”

That energy is reflected in the album’s ten tracks, from the funky opener “Storm Skies” straight through to the soul-tinged closing track, “Jungle.” Sometimes subtle and at other times in-your-face, the gusto that each of the players brings to the ten track session is palpable. The album is filled with strong solo performances. Lie’s powerful and soulful presence shines on the tenor sax solo on “You Know,” the first radio single from Bright Moments, and he really tears it up with his blistering alto sax solo on “Jungle.” Lorber’s keyboard solos are outstanding all around, while Haslip’s bass solos are true marvels of bass-man-ship.

“We spent extra time honing in on this new material and even experimenting with different song forms generated by Terje’s original pieces,” explains Haslip. “We wanted to create a beautiful extension from the last project and I believe we’ve succeeded in doing that.”

Lie is a co-writer on five tracks, with the remaining songs by the album’s two producers, either individually or collaboratively. “For several of the tunes that the three of us wrote together, I’d already written an initial version of the melody, chord changes, and a suggested groove before we started the project,” he explains. “It was a trip getting to co-write some of the tunes for Urban Vacation with Jeff, so I was really excited about bringing those ideas to him this time. And to also have Jimmy on as a co-writer this time around was just awesome! “ The resulting compositions – “Storm Skies, “ “Big Surf,” “Bright Moments,” “You Know,” and “Santa Anas” – reflect the three songwriters’ effortless relationship in the studio. “One of those co-written tunes, ‘You Know,’ started with Jeff,” Lie continues. “He’d written a nice set of chord changes and had recorded the rhythm tracks with keys, bass and drums. Our melodic ideas were then blended, synthesized, and refined, and laid on top of that.” The collaborative result is a groove-driven sparkler of a tune that has been chosen as the first radio single and features Lie’s core line-up of Lorber, Haslip, and drummer Tony Moore.

“I am very grateful to Jeff for offering the four solo compositions on this record to me,” says Lie. Jeff, Jimmy, and drummer Vinnie Colaiuta were already on the rhythm tracks for the first Lorber original, “Daybreak,” when Lorber delivered the song to Lie. “The tune had already been recorded at Jeff’s studio before this project as a potential track for one of his own projects,” notes Lie. “It was so gracious of Jeff to then offer me the chance to feature it on Bright Moments.”

Lie describes Lorber’s and Haslip’s “Jungle” as “wild and groovy,” and says that guitarist Michael Landau (who was also featured on Urban Vacation) was “the exact one to bring the kind of sound to it that we wanted.” He speaks with equal enthusiasm of the album’s other “guest” guitarists. “Both Michael Thompson and Marlon McClain were brought in for those tracks where we knew they would pull out all the stops. And we wanted Jeff Richman on the record since he is one of my favorite guitar players. He also plays gigs with my live band. Jimmy has lately been doing a lot of work with him in Richman’s own group, so he was just a natural choice.”

“With music this energetic and positive, I didn’t feel the need to look for deep meaning in song titles,” continues Lie. “In terms of those songs where the basic melody originated with me, it was just a matter of a working title based on the weather, or something else related to the day I was writing it. So you have ‘Storm Skies’ because there were stormy skies over L.A. that day and ‘Big Surf’ since the surf was up on another day. The Santa Ana winds were blowing when that melody came to me.” “Bright Moments”, the song that became the album’s title track, was named by Haslip, not because he felt any strong objection to the weather theme that seemed to be running through the project, but, Lie says, “because Jimmy realized that the album constitutes a string of bright musical incidences, and also that that particular tune has an up-tempo groove that sort of defines the general mood of the project.”

Haslip is enthusiastic about his second go-around in the studio with Lie. “Terje is a joy to work with and his passion for making music that dives deeply into the funk and R&B elements makes this uplifting, groovulating package of rockin’ tracks come to life!”

As Lie prepares for the July release of Bright Moments, the laid-back saxophonist notes that he’s hopeful that he can follow its release with some significant live shows. “Of course I’d love to tour with the core group on Bright Moments, but Jimmy and Jeff are very much in demand and involved with their own projects. Still, Jeff Richman and Tony Moore both work with me live whenever they can, and I’m fortunate to always attract some amazing players to join me on my shows.” Other regular sidemen with Lie are Darryl Williams, one of L.A.’s most sought-after bassists, as well as noted bassist Ernest Tibbs (a regular with Dianne Warwick and Allan Holdsworth.) Jeff Olson, one of David Benoit’s regular drummers, is also often featured. Keyboardist Barnaby Finch, an L.A. mainstay who has worked with artists ranging from Tom Scott and Lee Ritenour to George Benson and many more, also joins the group when he’s available.

“It’s been an incomparable thrill to record another great slammin’ album with these cats,” laughs Lie. “It was a profound experience, and I think we’ll take listeners into a hugely energetic, happy, and forward-driving Bright Moments dimension when they join us on this journey.”

Saxophonist Terje Lie (“Terry Lee”) started his career as a musician during high school in Norway with his blues/rock band with which he appeared as a lead vocalist on Norwegian television at seventeen years of age. Over time, he became a part of that country’s scene of young rising jazz artists and freelance musicians, featured as both a singer and saxophonist. Lie toured Norway, Sweden, and Finland with different groups and appeared on the jazz shows of NRK, the Norwegian equivalent of the BBC. Lie was also a recipient of a grant from the Norwegian State Fund for Performing Artists.

Lie later decided to move to the U.S. since his favorite styles of music “were being created in this country 24/7 everywhere.” Loving the Southern California climate and being “a certified beach bum,” he chose L.A. as his new base. Since then he has been a jazz artist and freelance musician, performing in clubs and at festivals and concerts throughout the West Coast.

His two previous releases, Traveler and Urban Vacation, made strong showings on satellite, Internet and terrestrial radio stations around the globe and resulted in excellent coverage in publications.