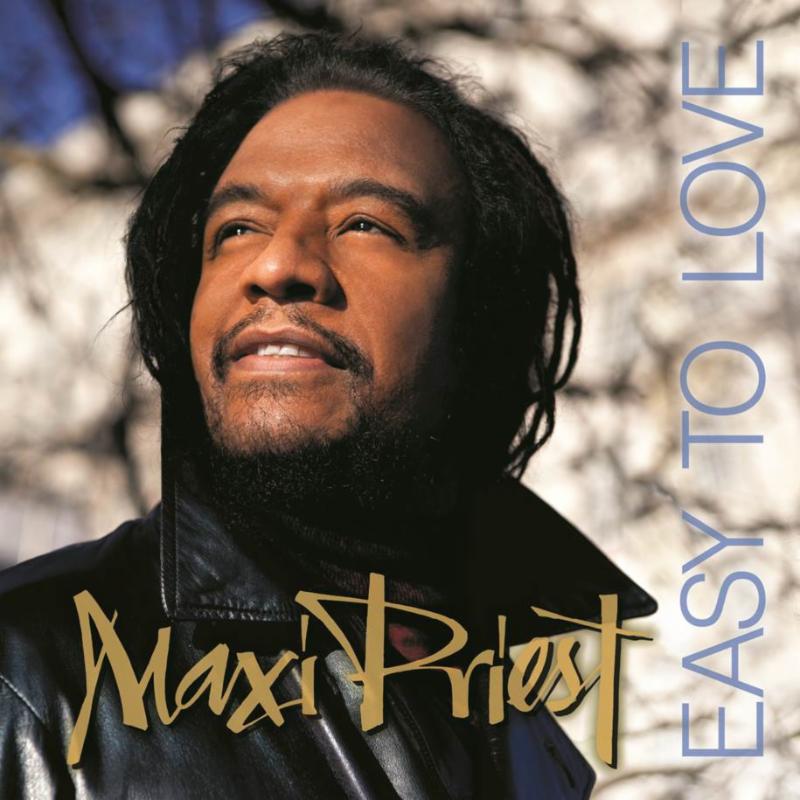 With new international tour dates and an iTunes Radio exclusive, Maxi Priest revs up for the U.S. release of Easy To Love, available July 1 (digital) and July 8 (in stores) on VP Records. He is the first reggae artist to ever land iTunes Radio’s First Play, where fans can hear the album in its entirety a week before release.

With over 15 million albums sold worldwide, multiple Grammy nominations and top 10 Billboard hits (including the No. 1 smash “Close To You”) – the most successful solo act in British reggae history Maxi Priest continues to hit the road throughout the summer in support his first studio album in almost a decade. Huffington Post gave a glowing review regarding his NYC show at BB Kings on June 11, claiming “Maxi hit his groove” and delivered “music that soothed the soul” at the “lively, well received” show. See the tour’s remaining dates on schedule below.

Easy To Love is a fine representation of lovers’ rock.The title track was a No. 1 hit on reggae charts last summer, evidence that Maxi Priest has a gift for staying fresh. The song features the legendary Jamaican drum and bass duo Sly & Robbie, who’ve played on some of Maxi’s biggest hits, including “Wild World,” “Some Guys Have All The Luck,” “Close To You,” and “Housecall” (featuring Shabba Ranks) as well as the new album track “Every Little Thing.” WATCH video and LISTEN to “Easy To Love.”

There are many more highlights on Easy To Love. “Hearts Across The World” is a song for our times and pleas for people of all races to love one another. The soulful “Without A Woman” features Jamaican legend Beres Hammond and even echoes the themes and intensity of James Brown’s “It’s A Man’s Man’s Man’s World.” Maxi continues to tug on the heartstrings of women with irresistible tributes of enduring affection on “Loving You Is Easy,” “Holiday” and his rendition of John Mayer’s “Gravity” (which recently premiered on Wall Street Journal’s Speakeasy).

Easy To Love Track Listing:
1 Easy To Love
2 Loving You Is Easy
3 Every Little Thing
4 If I Gave My Heart To You
5 Gravity
6 Without A Woman ft. Beres Hammond
7 Holiday
8 Bubble My Way ft. Agent Sasco (Assassin)
9 Your Love To Me ft. DelaRose
10 I Could Be The One
11 Hearts Across The World