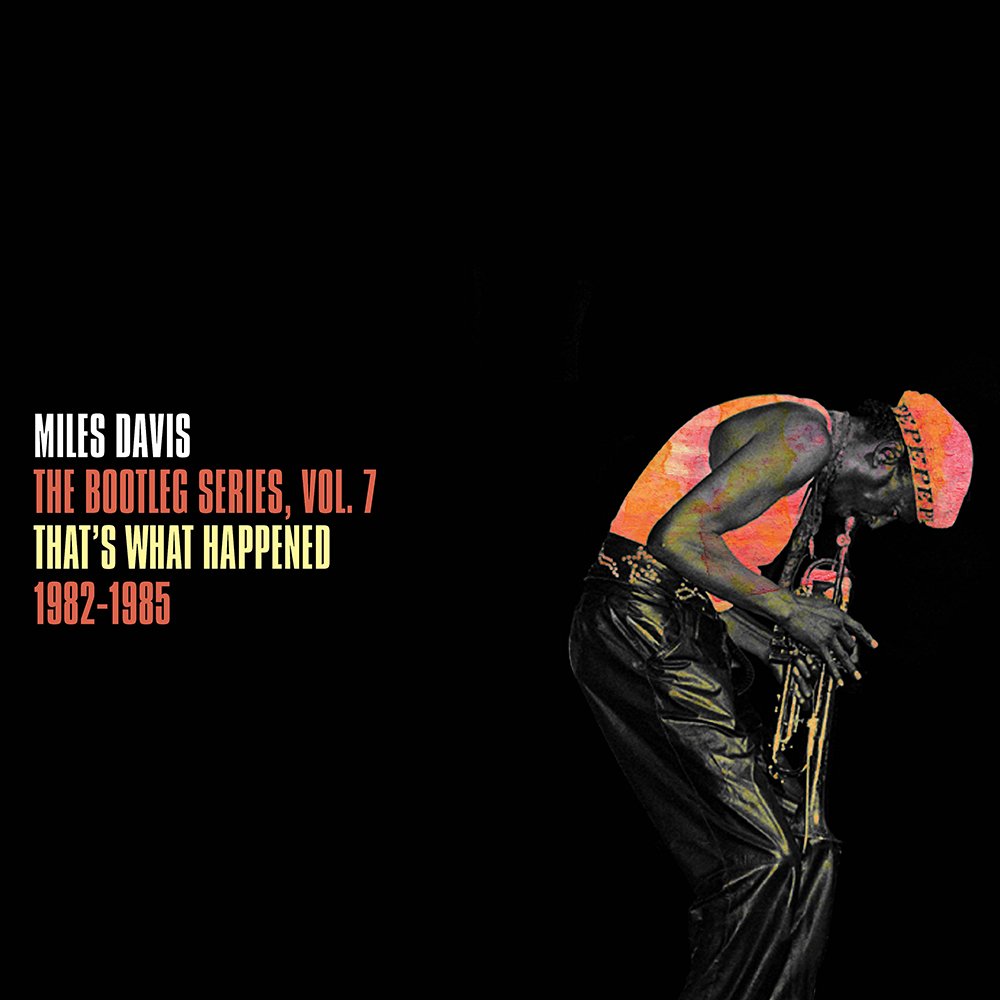 Available in digital and physical configurations, the latest chapter in Columbia/Legacy’s acclaimed Miles Davis Bootleg Series shines a fresh light on an underrated period of the musician’s restless career-spanning quest for sublime and transcendent sounds.

Disc 3 of Miles Davis – That’s What Happened 1982-1985: The Bootleg Series Vol. 7 features Miles Davis Live at the Theatre St. Denis in Montreal, Canada on July 7, 1983. The set is being released for the first time as a 2LP 12″ vinyl title, Miles Davis – What It Is: Montreal 7/7/83, for Record Store Day 2022. The recording showcases one of Miles Davis’ final great bands including John Scofield on guitar, Bill “The Other Bill Evans” Evans on saxophones, flute and electric piano, Darryl Jones on bass, Al Foster on drums and percussionist Mino Cinélu. Miles was back in amazing form (“incandescent and iridescent as ever”) when he mounted the stage at the Theatre St-Denis during the Festival International de Jazz de Montreal in July 1983. What It Is: Montreal 7/7/83 features liner notes penned by the incomparable music journalist Greg Tate, who passed away on December 7, 2021. One of Tate’s final pieces, the essay provides insight into Davis’ process and psyche: “Asked in the 1980s why he changed his music so many times, Miles replied ‘You don’t change music, music changes you.’ He also stridently stated: ‘You don’t play what the critics tell you to play, you play what your body tells you to play.’”