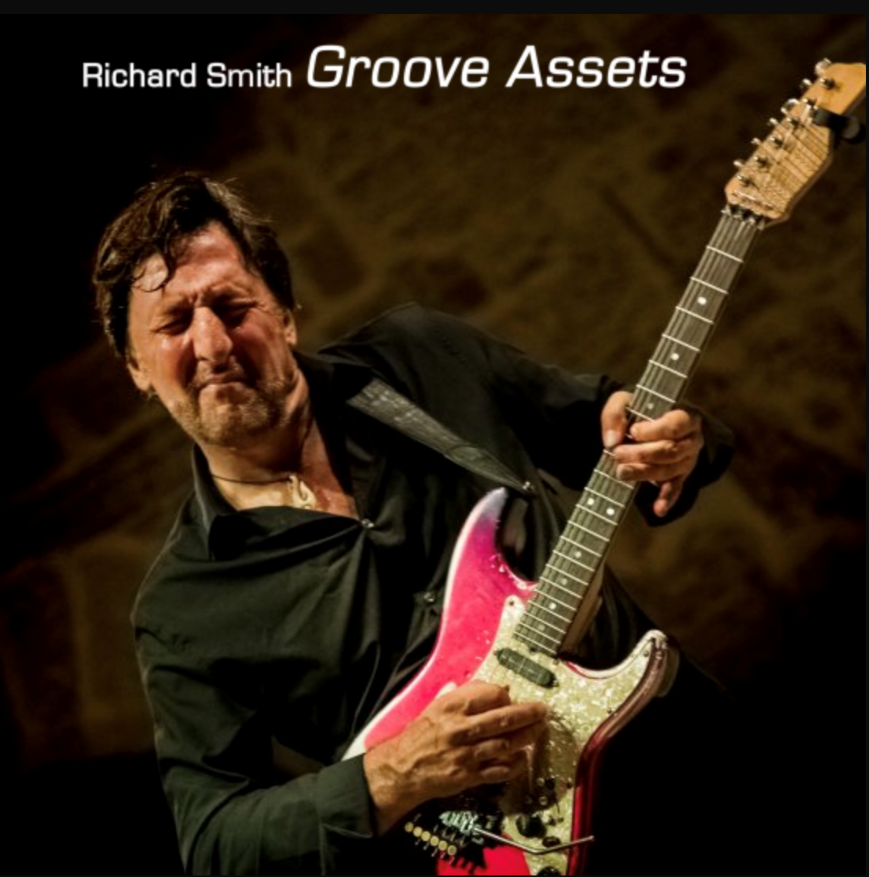 The new single, “Groove Assets,” which goes for playlist adds on October 3, was produced by his former student, hitmaker Adam Hawley.

LOS ANGELES (21 September 2022): Whether he’s teaching at USC’s Thornton School of Music or abroad in such diverse locations as Tokyo, Kuala Lumpur, Hong Kong, Manila, London, Oslo, Amsterdam, Helsinki, Palermo, Rome or Bueno Aires, contemporary jazz guitarist Richard Smith gets asked about playing in the groove. So much so that the globetrotter thinks that playing in the pocket may be America’s greatest cultural export musically. Recorded in London, Amsterdam and Los Angeles, Smith’s new single, “Groove Assets,” captures that soulful sound with the aid of one of his former students, multi-time Billboard chart-topping guitarist Adam Hawley, who produced and cowrote the song with his former professor.

“I’ve found that no matter where I go in the world, I hear American popular music – R&B, hip hop, soul and jazz – coming out of restaurants, bars, cars and classrooms as much or more as the indigenous music. The minute I come back to the States and fire up my Los Angeles band, it hits me: the groove, lock, pocket, and soulfulness that is embedded so deeply in our American music culture. When I teach or give masterclasses abroad, they want to know about what ‘playing in the pocket’ is, as if it is a mysterious, elusive phenomenon. And it IS a cultural phenomenon that comes out of our deep and diverse musical heritage. So, I have developed a lot of classes around that, sort of a how to lock-it-up and groove. I say that one of the best musical ‘assets’ that they can have is groove assets,” said Smith about his inspiration for the single.

Smith has been traveling internationally since he was seven and for most of the last twenty years, he’s taught and performed each year in Europe. The guitarist has served as a visiting professor of contemporary jazz and popular music at major music conservatories and academies all over the world, which he’s been doing since he was in his twenties. He was one of the youngest tenured professors at USC’s Thornton School of Music where he created the world’s first doctorate program in contemporary guitar. That’s where he first connected with Hawley, whom he calls a “success story.”

Shortly after the pandemic hit in 2020, Smith was diagnosed with stage four throat cancer. To divert his mind, he reached out to Hawley to help him write and produce a few singles. “Groove Asset” is their third collaboration.

“The first two songs (“Let’s Roll” and “Soul Share”) we did together were hits, and it feels like we are onto another one with ‘Groove Assets’. There is no greater pleasure or prouder moment in a jazz professor’s life than the act of hiring a former student for the incredibly important job of producing a single. I am a very lucky, proud soul indeed,” beamed Smith, whose cancer is in complete remission.

Smith was a student at USC when he attended the last masterclass given by Spanish classical guitar great Andre Segovia, which had a lasting impact.

“The Maestro said many profound things, but the one that really stuck with me and guided my life was ‘When you teach, you learn twice.’ That, and the fact that my mother, father, cousins, aunts and uncles were all professors at schools like Oxford, MIT, Oberlin, Tufts, Hong Kong, UCLA, Michigan and Liverpool guided me toward university life as my recording and performing career grew. It has all been something of a mission,” said Smith who plans to perform next summer in England, Holland, Greece and Italy.

Closer to home, Smith will be a featured performer alongside Greg Adams and East Bay Soul at the Catalina Island JazzTrax Festival on October 22.