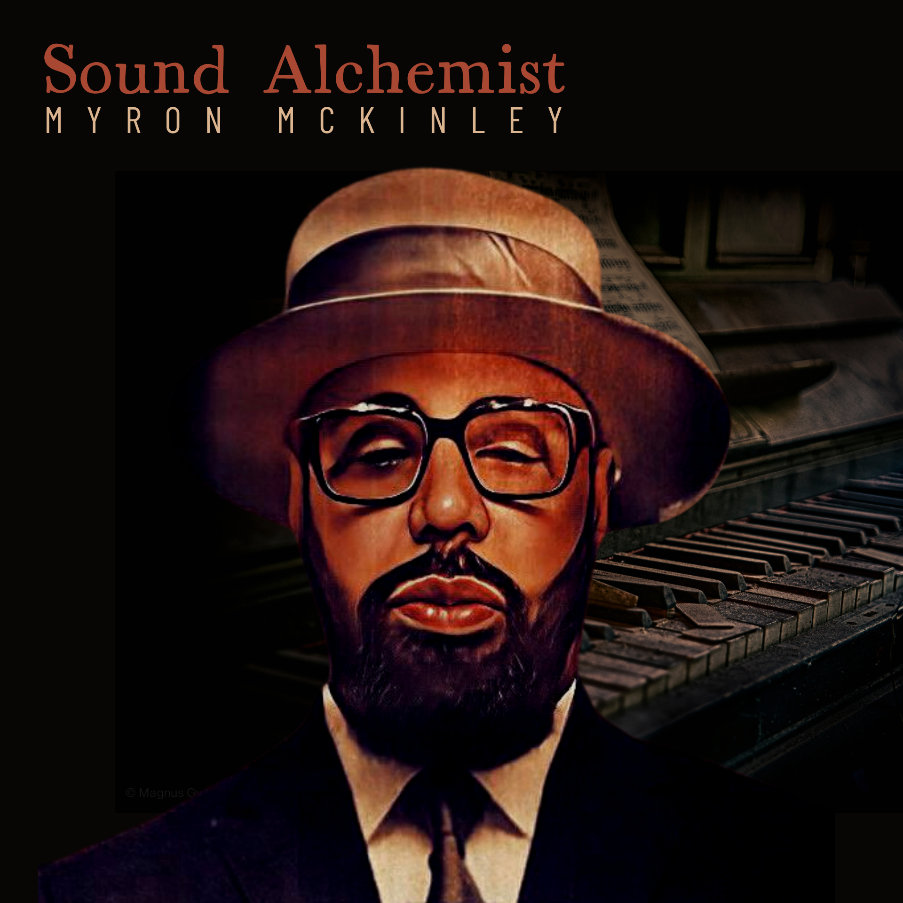 The keyboardist will drop the album on October 28 accompanied by a series of imaginative videos.

LOS ANGELES (15 September 2022): Keyboardist Myron McKinley has a clear vision for his own creative expression, but perhaps more importantly, he has a clear vision for providing a necessary impetus to shatter the boundaries and stimulate the evolution of jazz. Dropping October 28 on the Dark Elf Music label, the ten-song “Sound Alchemist” is a learned thesis of sonic exploration and experimentation written and produced by McKinley as a mélange of contemporary, straight-ahead and fusion jazz; hip hop, R&B and soul; and multicultural nuance.

While the music industry continues to shift towards singles as singular musical statements, McKinley prefers taking listeners on a complete journey via an album. “Sound Alchemist” does just that. Deftly, he offers enough of the familiar allure, such as recording The Carpenter’s “Close to You,” Sting’s “La Belle Dame San Regrets,” Earth, Wind & Fire’s “Imagination,” and Drake and Jhene Aiko’s “From Time,” but he reinvents each one – sometimes radically – making you forget the source material.

McKinley’s own compositions are just as far-reaching and ambitious, challenging jazz to grow and listeners to open their minds. He offers “Will You” as a tribute to Nat King Cole, who long before he was known for seducing and charming with his elegant and silky voice, he was a remarkably dexterous pianist. Another track on which McKinley performs all the instruments is “Matrix,” a wildly adventurous instrumental rooted in elements that are seemingly polar opposites: bebop and European electronic club music. In the company of guitarist Morris O’Connor and trombonist Reggie Young, the keyboardist stretches out even further on “Crowded Club,” referencing early 1970s funk and jazz fusion hybrids created by The Headhunters and Herbie Hancock. McKinley fuses straight-ahead jazz, hip hop beats and electronic dance music on “Let’s Just See,” the result of which is a vividly ingenious recording. Sensual and somber elements spawn “Remembering You.”

“I got the chance to play at Nelson Mandela’s birthday party and while we were there celebrating, I heard all these different types of rhythms. I thought it was amazing. So, I kind of took a Bob James approach to the melody but using the rhythm that I heard over there and then had everybody play on it. I was blessed to have all those musicians play on it. They had so much fun doing it. I literally had to stop Munyungo from adding more tracks. He wanted to do more, but he had filled it up so much that you don’t even notice that there’s no drums on the track,” said McKinley.

Visuals are an important aspect to McKinley’s approach for “Sound Alchemist” thus three videos were created with a fourth in the planning stages. On the auspicious date of September 21, McKinley’s tribute to Earth, Wind & Fire drops and his “Imagination” video is quite personal. For the past twenty years, McKinley has toured with the legendary band, serving as their musical director for the last dozen years. The group’s energizing bass player Verdine White plays on the track featuring falsetto singer Danny McClain. The video consists of McKinley’s photos from two decades of touring the globe with EWF.

The “Let’s Just See” video arrives October 5. The clip depicts the real-life story behind the song.

McKinley explains, “I was in New York City, and it is just so loud. I was trying to practice and then kept getting distracted by the noise. Finally, I decided to go hang out at the club and I brought a melodica. I went in there and the DJ was playing. He gave me a mic and I started playing melodica there with him. It turned out really cool. Everybody was enjoying it and I had a lot of fun. The DJ played a bunch of different stuff and we just fooled around, and it became a thing for about a good hour. For the video, I had to write a script and time everything. It was the first I’ve ever done anything like it. I had to write the timeline and tell the animator what is supposed to happen in each cartoon. We had a lot of fun creating that.”

The animated video for “From Time” is slated to hit October 21. What drew McKinley to the song was the lyric “I love me enough for the both of us,” which is sung in dreamlike voice by Denaine Jones.

“I think that statement is going to resonate with any man because that means you’re not going to have to supplement for her what she’s supposed to have already. When I heard the song, I fell in love with what she’s saying. For the video, I was thinking how a lot of people play music and do other things while they’re messaging people. I thought it would be nice to have her texting a guy about how she feels. ‘I love me enough for the both of us.’ You see her sitting up against the wall in New York, texting during the solo and at the end. I thought it was an interesting journey to add a lot of feeling to it,” explained McKinley, who will perform music from “Sound Alchemist” at Denver’s Soiled Dove Underground on October 22.

Los Angeles native McKinley studied classical and jazz piano, including under the tutelage of Grammy-winning trumpeter Wynton Marsalis. But hip hop’s influence in his works is just as prevalent as jazz and classical.

“I grew up in the hip hop era. I was listening to A Tribe Called Quest and Oscar Peterson on the same radio station. I loved all of those. When you come up like that, it’s still a part of you, even though you have classical and jazz. It still becomes a part of your DNA musically. I think ‘Sound Alchemist’ shows a lot of that. You can hear church aspects, classical aspects, jazz aspects and it also shows hip hop aspects.”

In addition to his long-time duties with Earth, Wind & Fire, McKinley has toured with Whitney Houston, Kenny Lattimore, Stanley Clarke, En Vogue and Shai. He has written, cowrote or produced songs for EWF, Clarke, Doc Powell, Silk, Vesta, Cherokee and Howard Hewett. He’s also composed music for film and television scores, contributing to “Soul Food,” “Romeo Must Die,” “The Best Man,” “Think Like A Man,” “Shaft,” and “The Godfather of Harlem” among many others. But jazz is home, so McKinley makes time to perform with his own straight-ahead jazz trio.

“I don’t think musically right now the boundaries are being pushed. I could have easily done (recorded) something else and directed it towards a certain genre and left it there without pushing, but musically, to really make things grow, it takes adventurers to push the genre.”