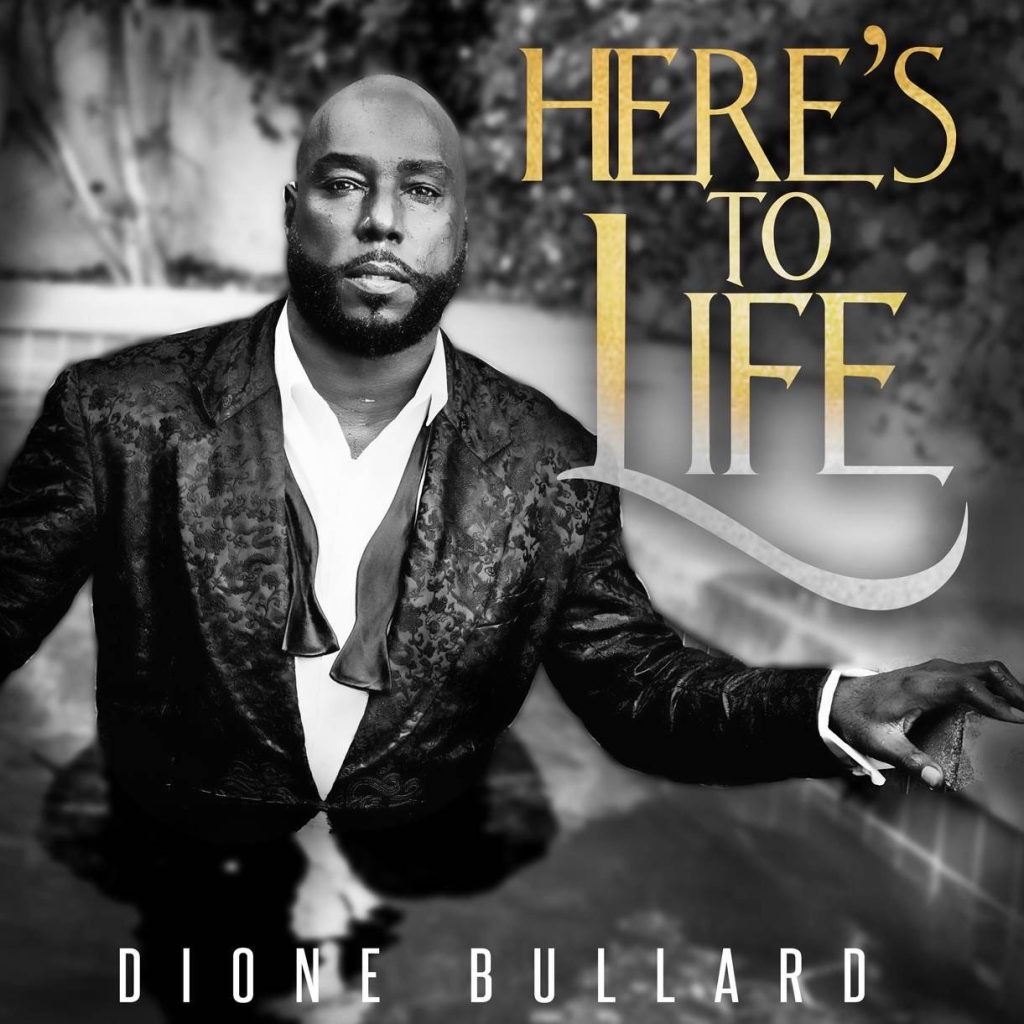 With the mid-summer release of his instantly classic rendition of the Jazz standard, “Here’s To
Life”, Dione Bullard has audiences repeatedly asking, “where did all of this talent come from?” Upon first listen it is clear: Dione is no novice; Dione is a seasoned professional with vocal artistry that evokes iconic masters such as Luther Vandross and Nat King Cole.

So, where did all of ths talent come from?

A native of Los Angeles, California, Dione developed a love for singing in church and attributes his affinity for timeless classics to his mother, who loved to sing and played vinyl records throughout the day at home. Dione first received formal training as a student at Locke High School, which boasts a stellar music program and is heralded as the alma mater for Jazz luminaries Patrice Rushen, Ndugu Chancler and Gerald Albright. (Dione was actually classmates with R&B crooner Tyreese at Locke High.)

Under the tutelage of Reggie Andrews and Locke’s music department, Dione developed an early appreciation of the Jazz genre, citing the likes of Shirley Horn, Will Downing, and Nancy Wilson as some of his first influences. “Tone, texture and phrasing are extremely important to me,“ says Dione. “The ability to convey the emotional intention of the lyrics is also very important.”

Dione started his professional singing career at age 16 in STRAIGHT UP!, an R&B/Soul group signed to MCA Records. Dione honed his performance skills appearing with STRAIGHT UP! at inaugural concerts for US President Bill Clinton and LA Mayor Richard Riordan while continuing to sing in praise and worship over the years in choirs throughout Los Angeles.

Uniquely gifted in several realms of creative expression, Dione pursued a myriad of endeavors throughout his early adulthood, dabbling as a visual stylist, curating hair, makeup and wardrobe looks for recording artists, actors, actresses and entertainment industry professionals before eventually settling into culinary training at Le Cordon Bleu Pasadena . Dione has worked as a professional chef for almost two decades, overseeing large commercial kitchens as well as consulting for a long list of exclusive clientele; but his love of music and performing has never waned.

“I love food; but singing is my passion,” Dione explains. “In 2005 I was diagnosed with ESRD (End Stage Renal Disease), which required me to go on dialysis,” Dione continues, “the life expectancy for someone with ESRD is 5-10 years, which means I should be dead!”

“By the grace of God, I am still here, and that diagnosis was a wakeup call for me to pursue life and stop taking things for granted, so I decided recently to challenge myself to embark on recording again,” said Dione, “If for no one else’s enjoyment but my own, I committed to realizing my dream of recording, because I was determined that I was not going to leave anything I was passionate about undone, so recording this project has been for my own fulfillment above everything else, and to see the immediate positive reaction from the Jazz community has just been beyond my wildest dreams,” Dione stated, elaborating, “It’s just validated that I am walking in my purpose and I’m so excited to be able to use my musical gifts to implore people to LIVE, LIVE, LIVE!”

“Here’s To Life,” the first single from the upcoming debut collection, “Velvet Dreams,” is Dione’s soulful proclamation to celebrate life every day, with all of its triumphs, challenges and setbacks. “Here’s To Life” is available on all digital platforms.