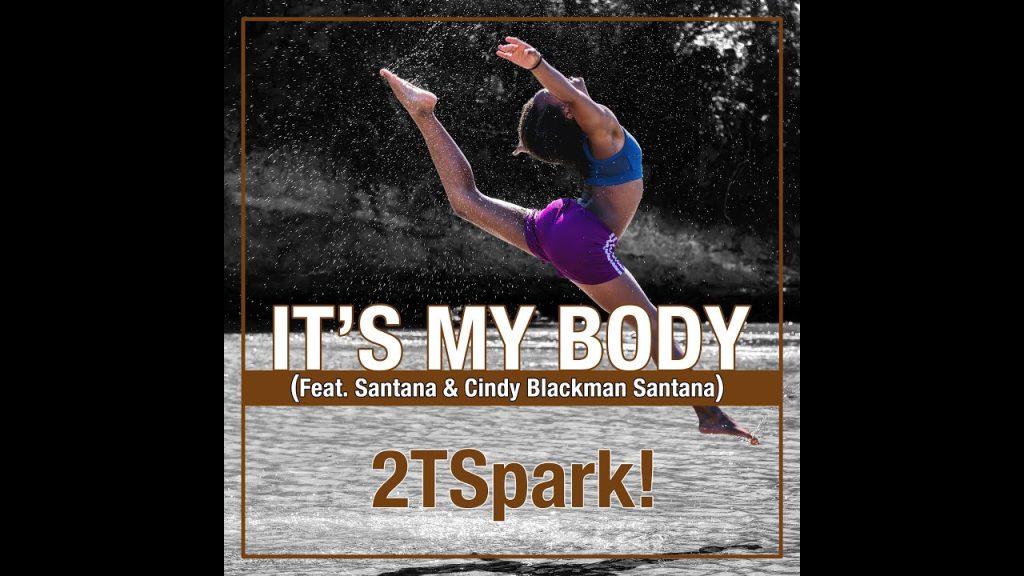 SAN FRANCISCO (PRWEB) SEPTEMBER 16, 2022 – In the historic tradition of using music to fuel collective action, longtime musical collaborators and bandmates Tracy Blackman and Tina “Bean” Blaine — performing together as 2TSpark — announce the release of their song “It’s My Body” on September 17. Featuring Carlos Santana on guitar and Cindy Blackman Santana on drums, the anthem is an impassioned, world-fusion rallying call for women’s reproductive rights.

“We all hope that this video and song will help raise awareness around the globe and raise funds for organizations that are dedicated to supporting women’s rights and their reproductive freedom,” says Tracy. “After Bean and I recorded the song, with Vicki Randle on backing vocals, my sister Cindy heard it and said she’d put down drum parts. Then my brother-in-law Carlos heard the song. He loved it, couldn’t stop playing it. Then he said he wanted to play on it, and the project took off from there.”

“We wrote ‘It’s My Body’ during a marimba jam in response to the Texas abortion ban that passed in September 2021,” Bean says. “When the Supreme Court overturned Roe v. Wade, we felt an urgency to share this message.”

Proceeds from sales of the song, available through Apple Music, Amazon, Spotify, and many other music services when it drops on September 17th, will benefit NARAL Pro Choice America, National Network of Abortion Funds, NOW (National Organization of Women), and Planned Parenthood.

About the Recording:
2TSpark’s marimba, djembe, udu, and vocal tracks were recorded using ProTools in Bean’s studio in Alameda, California, where Vicki Randle joined them to provide additional vocals. Session files were sent to Studio A in Las Vegas to record the guitar and drums respectively performed by Carlos Santana and Cindy Blackman Santana. From there, the tracks went back to the Bay Area, where Angeline Saris added her bass guitar, bringing it all together. Jim Reitzel (head engineer for Narada Michael Walden’s Tarpan Studios) oversaw the mix. Video artist Pons Maar produced the video.