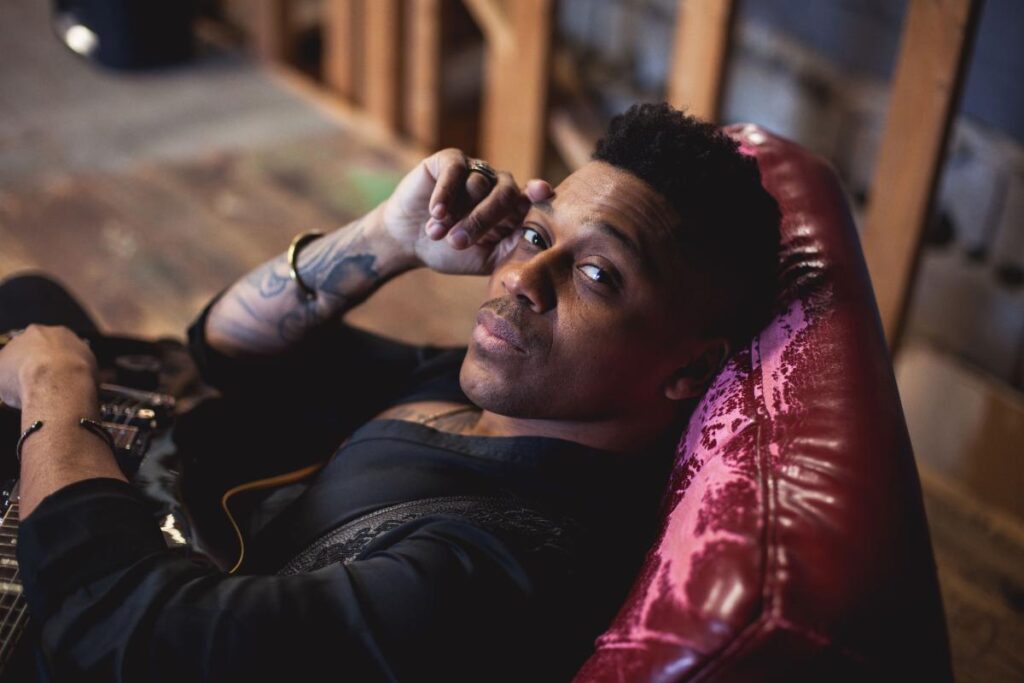 Grammy Award winning singer, songwriter, and actor, Kameron Corvet (pronounced “Cor-vay”), has released a new video for his acoustic version of “Don’t Make Me Wait,” a song he originally composed for Sting and Shaggy’s 44/876 album (2018).

The music video for the acoustic version, directed by Bezu Halliwell, features actress, Marchell Sade and was filmed at The Farm at Pamelot, a Georgia estate and horse farm in Georgia. Sade plays his love interest, while Kameron plays himself, a traveling musician whose side gig takes him to the estate of a wealthy family where he falls in love with their lovely heiress.

A 4th generation singer/songwriter, composer, vocalist, and guitar virtuoso from Cincinnati, and Baton Rouge, Kameron currently calls Atlanta home. After earning a degree in French from Morehouse College, he began teaching middle school French by day while pursuing his musical aspirations at night. After finally deciding to leave teaching and pursue music full-time, he wrote the melody for “Don’t Make Me Wait,” while strumming his acoustic guitar on the couch in his ATL apartment. He never imagined that the song would win an Grammy and take him around the world. “I never would’ve thought a song I composed and cowrote would become the catalyst for an entire collaborative album with artists as iconic as Sting or Shaggy or that it would chart at #1 in over 14 countries and win a Grammy for Best Reggae album for the iconic duo! I’m understanding more and more, the significance of the accomplishment and am excited to present the acoustic version as I originally composed it.”

His new EP, Kathy’s Basement, is inspired by and dedicated to his mother.”Kathy’s Basement is a labor of love. I haven’t been able to see my mom because of her being high risk and the uncertainty of this year has really shown the importance of cherishing and honoring those you love in the present.” There’s also an interesting story behind the title of the Kathy’s Basement EP. “Growing up in Baton Rouge and Cincinnati, the houses we lived in didn’t have a basement. My mom’s dream was for us to have a basement so we can run around inside the house and just be free! As I got into music, I imagined having friends over for jam sessions. I always dreamed of buying her the house with the basement once I ‘made it’ and while I’m still making my way, I wanted to give her a basement figuratively. So, this is my gift to my mom, the music created in the basement she always wanted.”