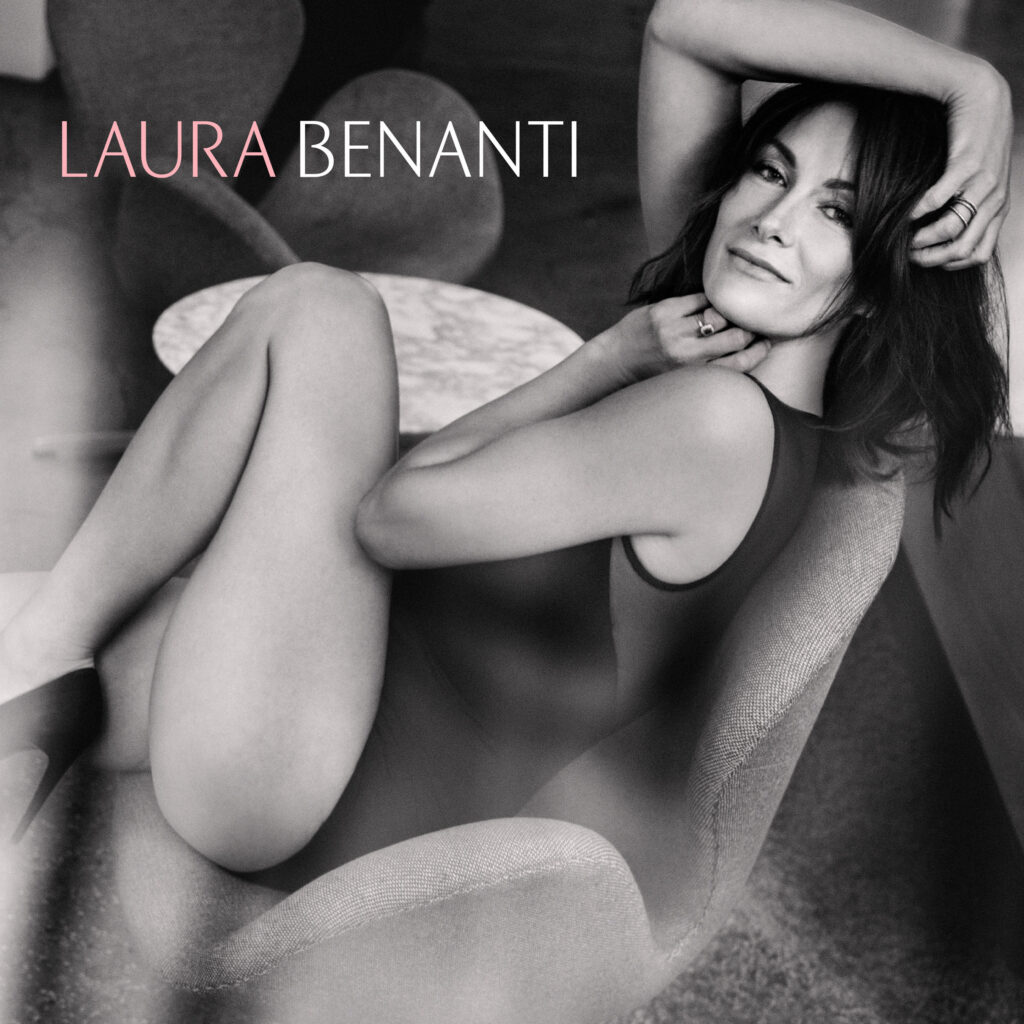 “I hope the album becomes a part of someone’s own canon,” says LAURA BENANTI of her major label debut album. “You could put it on at a dinner party or listen to it in the bath. It could speak to so many different possible moments. Across the board, the record really fulfills my desire for musical outreach. I tried to showcase some really great playing—and hopefully singing.”

With her self-titled full-length debut, Laura Benanti constructs a diverse and dynamic solo statement, working alongside award-winning producer Matt Pierson (Brad Mehldau, Joshua Redman, Pat Metheny, Jane Monheit), arranger Gil Goldstein and a bevy of seasoned musicians on the album. Through and through, the process highlighted every side of Laura’s voice.

“We definitely talked about the songs as characters,” she explains. “As an actor, I’m used to becoming and embodying other people. So, it was important for me to play the role each song required. I drew on different shades of my voice and personality to tell different stories.”

The first story comes to life on the album’s lead single, a cover of the Jonas Brothers’ “Sucker” released earlier this year. Above swinging piano, electric guitar, and finger-snaps, she transports Jonas Brothers’ comeback smash to a smoky thirties jazz haunt with sultry and sizzling soul. Laura paired the release of the track with an accompanying music video featuring workers on the frontlines of the COVID-19 crisis as part of a moving tribute celebrating family and essential workers – watch here. Proceeds from the track benefit FoodCorps—an organization which ensures kids who rely on school food get fed during the pandemic.

Meanwhile, Laura transforms Selena Gomez’s “Lose You To Love Me” into a bold ballad backed by resounding strings and a powerhouse vocal performance. “When I heard Gil’s arrangement, I was so moved by it,” she recalls. “I was able to personalize the story for myself. I can hear the evocative nature of that memory in my voice, and I hope other people feel the same way.” She drew inspiration from Rosemary’s Clooney version of “Don’t Worry ‘Bout Me” to track her own tender take and carefully chose “The Party’s Over” from the 1956 musical Bells Are Ringing as a gorgeous denouement to the album. Elsewhere, accordion pipes through her reimagining of Rufus Wainwright’s “Cigarettes & Chocolate Milk,” which she relates to as devilishly conjuring “my twenties when I got in some trouble.” She also delivers a “fun interpretation of the anti-love song” by flipping Paul Simon’s “50 Ways To Leave Your Lover” on its head.

Maintaining a lifelong commitment to the arts, the singer also recently created an empowering campaign titled #SunshineSongs, which invited students whose school musical productions were canceled this year due to the pandemic to share videos of the performances they were not able to give, on social platforms. As chronicled by Good Morning America, she generated 4 million impressions and received over 10,000 submissions, attracting celebrities like Lin-Manuel Miranda and Jennifer Garner to join the campaign. Additionally, she invited students to contribute songs to her free “Sunshine Concerts” for senior living communities and children’s hospitals. The campaign’s success further grabbed the attention of HBO Max who recently partnered with Benanti to release an unscripted special, called Homeschool Musical: Class Of 2020 this December.

ABOUT LAURA BENANTI
In the midst of an illustrious career spanning Broadway, film, and television, Tony® Award-winning actress, singer, author, and activist Laura Benanti now brings a longstanding dream to life as she gears up to release new solo music with Sony Music Masterworks. With Broadway credits ranging from the My Fair Lady revival and Steve Martin’s Meteor Shower to She Loves Me, Laura garnered a Tony® Award in the category of “Best Featured Actress in a Musical” for the 2008 production of Gypsy—among five career nominations to date. Meanwhile, her performance in Women on the Verge of a Nervous Breakdown would be honored with the Drama Desk Award and Outer Critics Circle Award for “Best Featured Actress in a Musical.” Simultaneously, she enchanted audiences on the small screen, appearing on Younger, Supergirl, Nashville, The Good Wife, Nurse Jackie, and more in addition to films including WORTH and the upcoming Here Today. Laura recently released a book for moms entitled “M is for MAMA (and also Merlot): A Modern Mom’s ABCs” available now on Amazon.