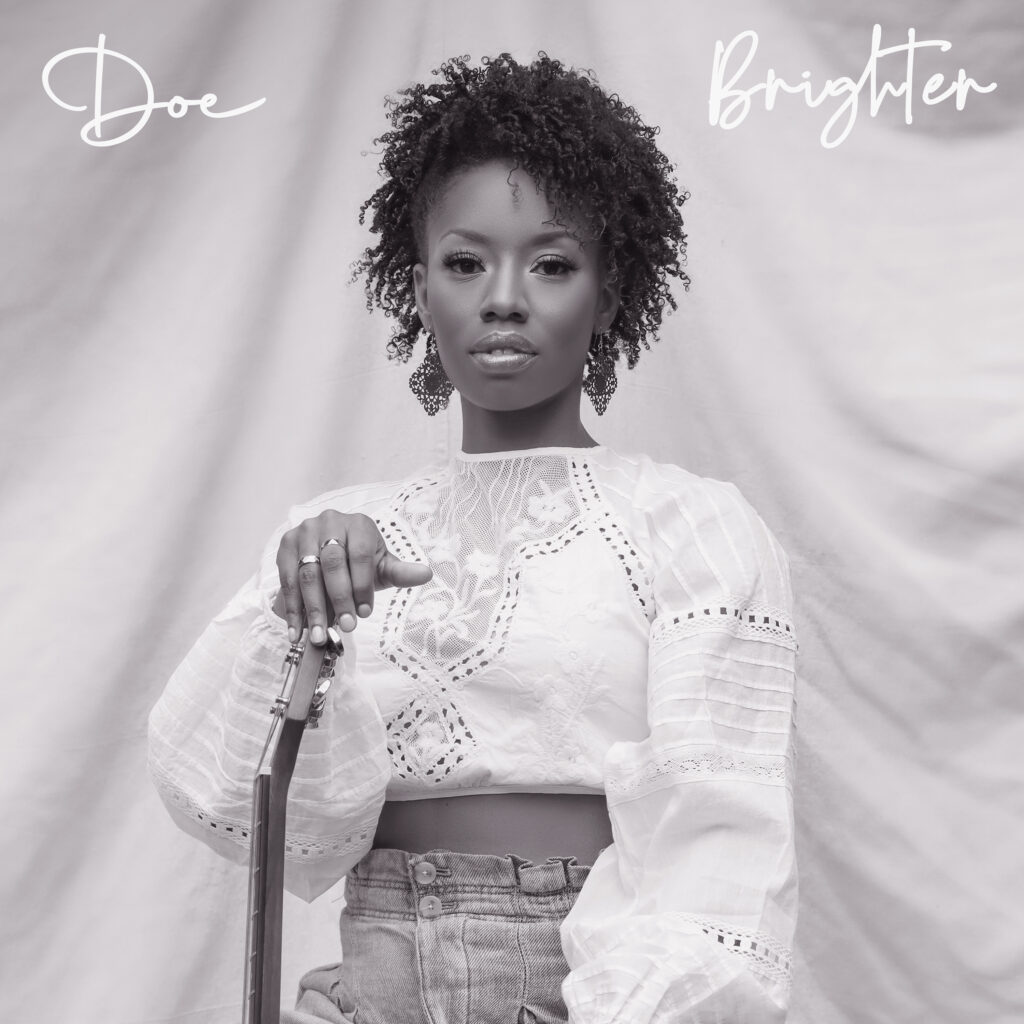 (Nashville, TN) – October 2, 2020 – Today, RCA Inspiration, one of the premiere labels in Gospel and inspirational music, and GRAMMY® nominated and Stellar Award-winning artist Jonathan McReynolds’ Life Room Label released “Brighter,” a new song from burgeoning star artist and songwriter DOE. “Brighter” is DOE’s debut single as a solo artist and the first from her self-titled EP releasing on October 30th.

Wowed by both her singing and songwriting prowess, McReynolds and Life Room Label’s President, Walter Thomas, and Head of A&R, Darryl Howell, signed DOE in early 2020 and began working on her debut solo album. He says, “I’ve been a fan of DOE for years now. She’s special. This music is special.” McReynolds hopes to usher in a new wave of music through this partnership and various joint ventures. He shares, “I feel like the Life Room Label will be the destination for a new generation of Christian expression and will be one of the best parts of my life!”

She offers a refreshing sound with uplifting and introspective messages that people are in need of more than ever right now and she’s excited to share her artistry with the world. “I’m excited to use the outlet of music to express the heart of God and have important conversations with people about life, love, and relationships. The best is yet to come,” she says. Phil Thornton, SVP/GM of RCAI adds, “It is great to be partnered with Jonathan on this venture and we’re all very excited about DOE’s artistry and what she is offering to the world!”

For more information on RCAI Inspiration and Life Room, visit:

Connect with DOE at: