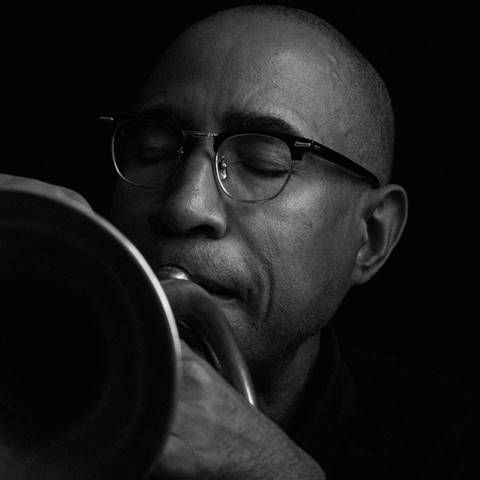 Cornetist and composer Ron Miles has released “The Rumor,” the alluring second single to be revealed from his forthcoming Blue Note debut Rainbow Sign, which will be released on October 9. Rainbow Sign is a deeply affecting follow-up to his widely acclaimed 2017 album I Am A Man, which reconvenes the same remarkable band featuring pianist Jason Moran, guitarist Bill Frisell, bassist Thomas Morgan, and drummer Brian Blade. The album is a set of nine new original Miles compositions that also includes the striking first single “Queen of the South.” Rainbow Sign can be pre-ordered now on vinyl, CD, or download.

The stellar group of musicians all converged in New York to manifest Miles’ creative vision. “They’re my favorite players on their instruments,” he says. “If I had to make a Mount Rushmore of every instrument, those brothers would all be in there: Brian and Bill, Jason and Thomas. They are just the greatest band I could ever hope to play with.”

The tight-knit crew was also a source of encouragement for Miles, as on “The Rumor.” He explains, “I wrote that and was like ‘I don’t know.’ I have a serious sweet tooth in music. I remember playing it for Jason like, ‘check this out.’ And he said ‘oh no, brother, we’ve got to do this.’ These brothers are always so supportive in that regard. I love me some Bee Gees, Jackson 5 and so on. That’s the stuff I grew up on, so it shows up in these songs in some way.”

Miles wrote most of Rainbow Sign as his father was passing away in the summer of 2018. “I became more of a caregiver to him,” he says. “I was so happy that we made it all the way around, and that he was able to know before he passed just how much he was loved.” That’s why the album feels so endearing: it scores the journey from Earth to eternal peace.

“I hope listeners are able to find their truth in it,” he says of Rainbow Sign. “That when they hear it, it’ll make them think of something, make them feel something that’s special and unique to them. Wherever you are in your journey, hopefully it’ll speak to you in some way.”