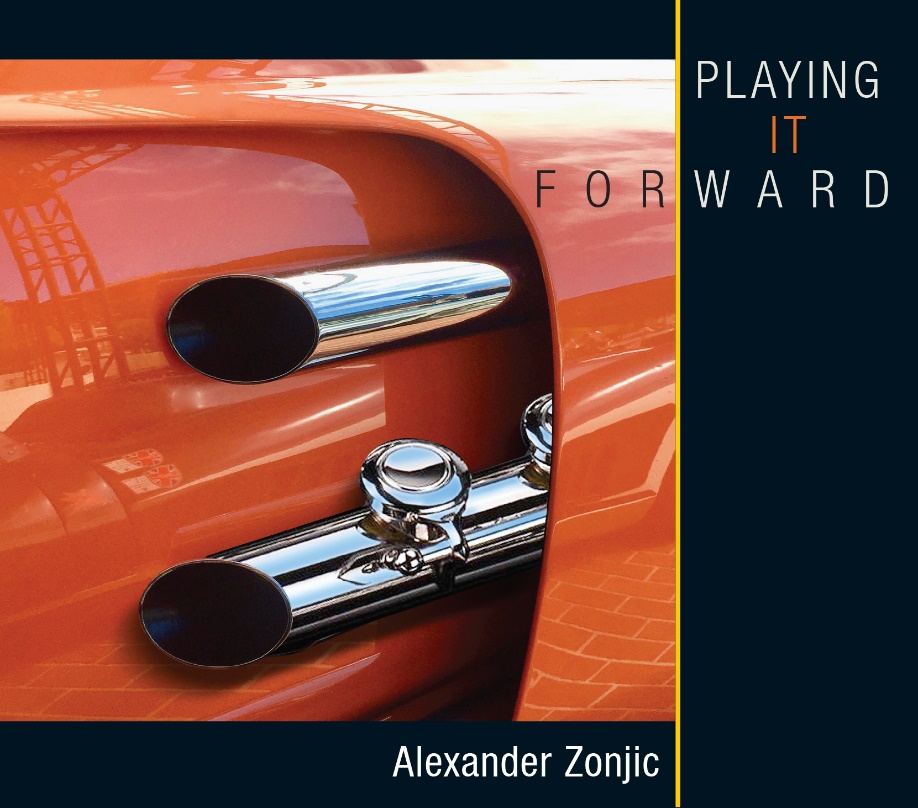 “Motor City Sway” is one of Billboard’s most added singles.

DETROIT (19 August 2020): Serving as the artistic director for nearly a dozen music festivals and concert series throughout Michigan ordinarily keeps contemporary jazz flutist Alexander Zonjic super busy from March through September in addition to maintaining his own active performance schedule. But with most of the events shelved this year due to coronavirus concerns, Zonjic was able to find time to finish his first album in more than ten years. “Playing It Forward,” his 13th album, will be released October 9 on his company’s Hi-Falutin Music label. GRAMMY-winning keyboardist Jeff Lorber produced the set with the exception of the first single, “Motor City Sway,” a throwback R&B groove inspired by Zonjic’s adopted home of Detroit, which was written and produced by Pieces of a Dream’s keyboardist James Lloyd. The single has been one of the most added songs on Billboard BDS chart two weeks in a row.

The title “Playing It Forward” makes obvious reference to “paying it forward,” something the philanthropic Zonjic is big on doing throughout the Metro Detroit region where the Windsor, Ontario native has been a multimedia personality ever since he began hosting a WVMV morning radio show in 1998 and expanded to weekly television hosting duties for his own show, “Alexander Zonjic: From A to Z,” three years ago.

“When we got into this pandemic, people really started to play it forward. For us, our connection with Detroit has always been this back-and-forth relationship and us finding ways to give back. We love the people of Detroit and do a lot of fundraisers for more than a dozen nonprofit organizations. My son and I came up with ‘Playing It Forward’ and I like the energy of it. It’s a very forward momentum record. There’s a lot of energy,” said Zonjic, a three-time Canadian Smooth Jazz Awards winner (including International Broadcaster of the Year) and a15-time Detroit Music Awards winner.

Indeed, “Playing It Forward” is a high-energy jazz, funk, fusion and soul collection featuring six original tunes, five of which were penned or co-penned by Lorber.

“Several years ago, Jeff started to send tracks. He always sends a ton of amazing songs and you want to record all of them. We have a great relationship that dates back to 1979. He’s a great producer,” said Zonjic, who was accompanied by noteworthy guitarists Chuck Loeb, Paul Jackson Jr. and Michael Thompson, drummer Gary Novak, horn player and arranger David Mann, and 14-year-old South African keyboard phenom Justin-Lee Schultz.

One of the new Lorber songs, “Musaic,” is one of the final songs co-written and recorded by Loeb, who died in 2017. It’s the album’s lone downtempo number that hangs a lush melody atop a Lorber groove as the backdrop for Zonjic’s flute and Loeb’s electric guitar to dialogue.

Zonjic said, “What an honor to have Chuck – not only composing a song for me but performing. Both from a performance and a composing standpoint, this is probably one of the last things that he wrote and produced. Musicians, more than the general public, knew what a profound guitar player he was. He truly was one of the greatest guitar players in the world. Having someone like him on the record comes with the fun challenge of going toe to toe with these guys when it comes to trading solos. You’ve got to have your chops together to trade solos with the likes of Chuck and Jeff.”

Along with a half dozen new songs, Zonjic reimagined five cover tunes for flute with fresh arrangements.

“A mix of originals and covers is a format that was very successful from a retro standpoint during the great era of CTI Records that came out of New York and made records by Hubert Laws, George Benson and Bob James. There was always a mixture of cool arrangements of covers along with originals,” said Zonjic.

Reimaging James’s “Night Crawler” has special meaning for Zonjic who was discovered by the GRAMMY and Emmy-winning contemporary jazz keyboard icon while playing in Detroit’s famous Baker’s Keyboard Lounge in 1981. James invited the flautist to join his band and off they went on tour. Their relationship has continued through various recording projects ever since.

Another cover selection was the standard “Nature Boy.”

“I always wanted to record ‘Nature Boy.’ I think it’s one of the great haunting melodies of all time when you think of the interpretations by Nat King Cole, George Benson or Kurt Elling. Flute players are very much like singers: they love melodies. The flute is pretty much the closest instrument to the human voice. When we hear great melodies, we want to play them,” Zonjic explained.

As a flute player who began as a teenage rock guitarist, Zonjic has been repeatedly asked ever since the 1980s when he was going to record a Jethro Tull song. That day finally arrives with “Living In The Past.”

“(Jethro Tull’s) Ian Anderson has been one of the great flute messengers for what seems like my entire lifetime. Although not a jazz musician, Ian has a unique sound and technique. ‘Living In The Past’ is such a cool composition. Its 5/4-time signature and smooth melody always made it one of my all-time Tull favorites. I had so much fun interpreting this melody using grunts, groans and classical chops all at the same time,” shared Zonjic.

The album comes to a rousing conclusion with a roof raising “Rolling In The Deep” showcasing the Selected of God gospel choir.

“‘Rolling In The Deep’ was not inspired by Adele but by watching Aretha Franklin sing it on David Letterman’s show. While listening, it dawned on me that it would make a great flute song. Lorber put this great track together and I got ahold of Selected of God, who I had seen on ‘America’s Got Talent’ and in an Eminem video. That’s from where the magic came.”

Although recording was complete and the mixing process was underway prior to mid-March’s COVID-19 shutdown, the questions then arose about when and how to release the album. A lot has changed in the recording industry since Zonjic’s 2009 release “Doin’ the D” and in the midst of a global pandemic, he wasn’t sure if and how best to proceed.

“The pandemic really changed things. This was a new experience for me because I normally don’t have the time to do focus groups and to research the stuff that I had to research because of all the other things we normally have going on with our various festivals and concert series this time of year. I asked a lot of questions. I interviewed a lot of big artists on my radio show that airs on Detroit’s 910AM Superstation and all of us had the same question, which was ‘Is this a good time to release a record?’ In my case, I worked so hard on it for so many years and spent so much money on making it that I wanted the fun of assembling a team to release it. I’ll admit that it’s been quite a learning curve, but I’ve really been enjoying it. I don’t plan to wait another ten years to do another album. I probably enjoyed the process of making this record as much as I do all the fun that comes from releasing it.”