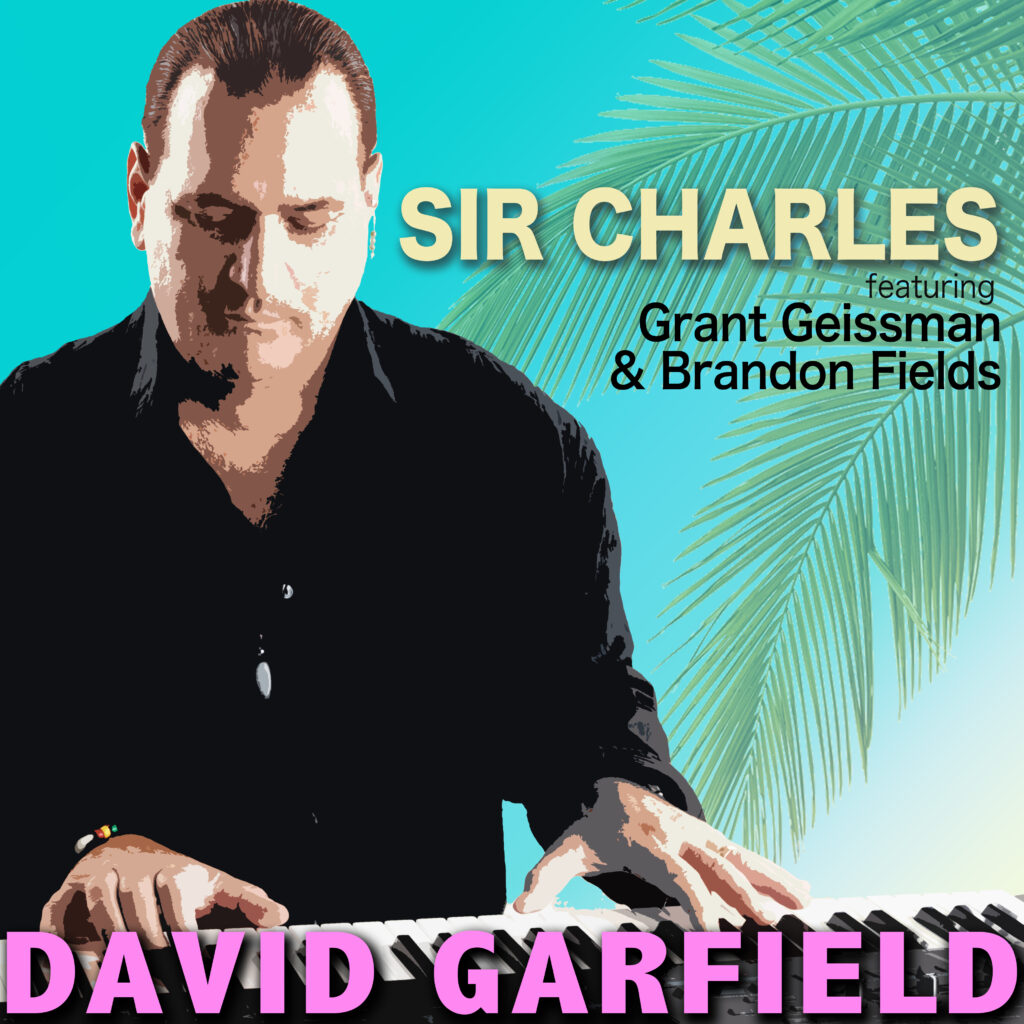 For Immediate Release – “Sir Charles,” the new single from famed keyboardist David Garfield’s upcoming Stretchin’ Outside The Box album follows several contemporary jazz hits such as “Sweetness,” “Go Home,” “Jamming” and “One Like You,” all of which dominated the radio waves as well as the charts. The world-class keyboardist, producer and composer has teamed up with one of his favorite guitarists and long-time friend, Grant Geissman, best known for his dynamic performance on the classic hit “Feels So Good” to perform this new original song. The track also includes a guest performance by saxophonist Brandon Fields (original founding member of The Rippingtons).

“Sir Charles” is a sweet summer song with a tropical island vibe, perfect for sunny day hangs by the pool sipping frozen fruit-infused beverages. A definite party hit for this summer. Garfield, who leads the band on piano and keyboards, also produced and arranged the track.

“‘Sir Charles’ is a song inspired by my dear friend Vince Charles’ (Neil Diamond/Herb Alpert) steel pan drumming,” Garfield says. “He was a key mentor of mine and turned me on to all the great tropical music styles.”

Garfield began his five-decade career in straight-ahead jazz as a teenager playing behind bebop trumpeter Freddie Hubbard. Since then many of the greatest artists of our time, including members of the Zac Brown Band, Steely Dan, Tom Petty’s Heartbreakers, The Doors, Chicago, Toto, Tower of Power and The Meters, have been featured on his albums.

Garfield has scored and recorded for films (“Annie,” “Always” with J.D. Souther), television (“Fame” and its five accompanying “Kids from Fame” recordings), and commercials (Coca Cola, McDonald’s, Seven Up, Mitsubishi). He’s produced over 50 albums and worked with such icons as Cher, Boz Scaggs, Larry Carlton, Spinal Tap, The Manhattan Transfer, Keiko Matsui, The Rippingtons and Smokey Robinson; performed with Earl Klugh, Michael McDonald, Nancy Wilson, Oleta Adams, Brenda Russell, Dianne Reeves and Michael Bolton; was musical director for George Benson (from 1986-90, 2000-2004), as well as writing, arranging and producing for him (2007-2018); appeared on The Tonight Show, Jimmy Kimmel Live, The Ellen DeGeneres Show and Soul Train; and has composed and recorded hundreds of original compositions.

One of world’s most accomplished keyboard players, David Garfield’s mission statement is “I make music.” Whether working with other artists or performing or recording with one of his own bands, Garfield (known to some as “Creatchy”) is constantly and consistently involved in creating music for the listening enjoyment and pleasure of music lovers everywhere.

“Sir Charles” is available on iTunes, Amazon and all digital sales and streaming sites.