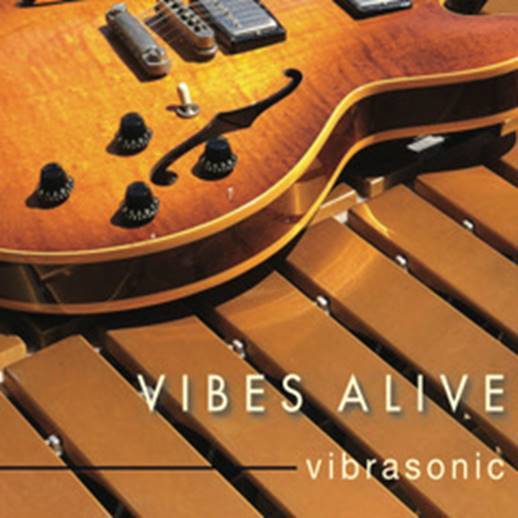 UPLAND (4 June 2020): It had been twelve years between albums for contemporary jazz group Vibes Alive when their “Vibrasonic” disc dropped in early March. Only their third album in the 23-year partnership between vibraphonist Dirk Richter and guitarist Randall Crissman, each recording is an event record. The buzz started building prior to the release date when the title track earned Most Added honors on the Billboard BDS chart driven by airplay from national outlet SiriusXM’s Watercolors. However, the album ended up being upstaged by the coronavirus pandemic when the two “events” hit the US in virtual lockstep. The dynamic duo looks to change the energy with the release of the set’s second single, “Windchime,” which is the No. 1 most added single on this week’s Billboard BDS chart.

One of ten songs written by Richter and Crissman for the new album, “Windchime” is a hypnotic mix of melodic vibes and electric jazz guitar tethered to a jazz-funk groove powered by crack drummer Vinnie Colaiuta, bassist Jimmy Johnson and percussionist Luis Conte. GRAMMY winner Jeff Lorber shines during a spacy synthesizer solo and also adds keyboards. The seminal jazz fusion keyboardist is the only musician aside from Richter and Crissman who appears on all three Vibes Alive albums.

Just prior to “Vibrasonic”’s street date, Richter spoke almost presciently about the healing elements in the music that he and Crissman make. With the US reeling from the devastating health and financial crises caused by the virus along with civil injustice and unrest, the need for our collective healing perhaps has never been greater.

“As it is these days for everybody, life’s kind of hard. We need things without bias, without judgement; open our hearts to love and sonic enhancement for the sake of healing. These frequencies and rhythms are the most base and obvious connection to our souls,” said Richter.

“Vibrasonic” has been well received by the jazz media and with people beginning to emerge from quarantine, Vibes Alive hopes the new single will help the well-crafted album garner the attention that it richly deserves as it further escapes from the buzz-killing shadow of COVID-19.