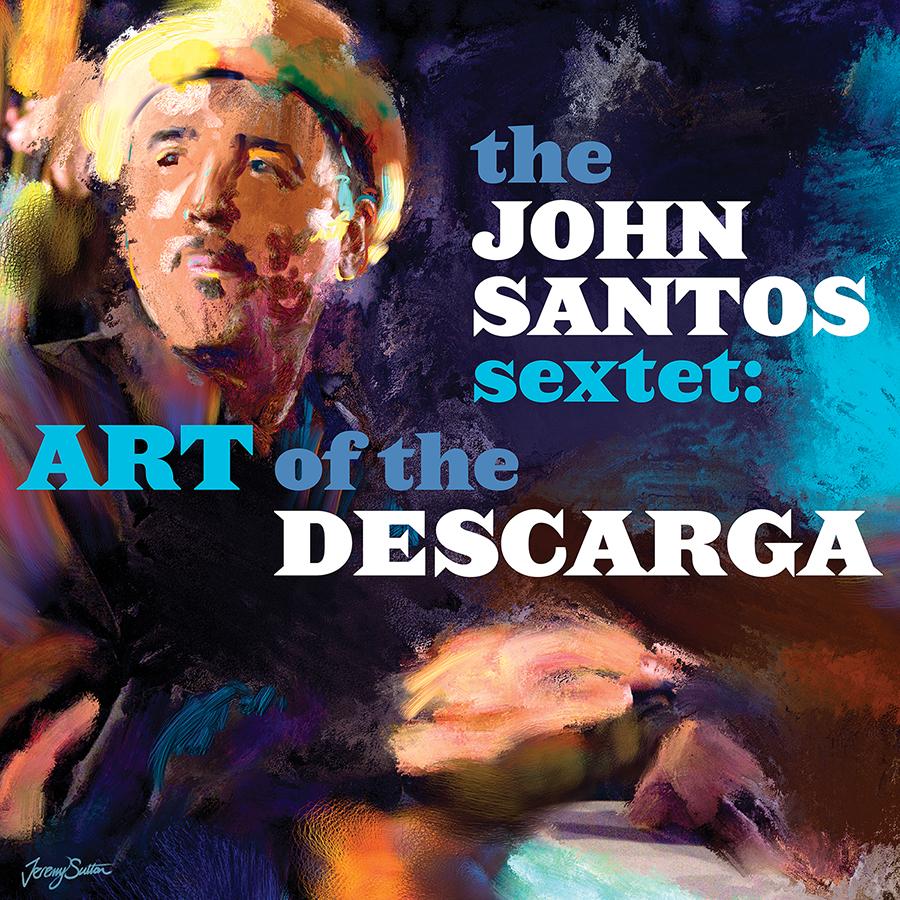 Percussionist, educator, and social activist John Santos will release Art of the Descarga, a new album with the John Santos Sextet, on August 7 through Smithsonian Folkways. Santos is an icon of Latin jazz who played a key role in positioning the San Francisco Bay Area as a hub for the genre, and who has performed with Eddie Palmieri, Tito Puente, Max Roach, and Dizzy Gillespie. As a founder of the Machete Ensemble, and as a bandleader, Santos has been one of the most revered percussionists specializing in Afro-Cuban traditions, and has emerged as a leading expert on the history and folklore of those rhythms. Like much of his life’s work, his new album paints a direct through-line from Africa to Cuba, and considers the expansive, multiregional array of jazz that has been woven into the fabric of American music for the past century.

The descarga originated in Cuba as a term for loose jam sessions full of powerful rhythmic interplay and spontaneous group improvisations. On Art of the Descarga, Santos and his group harness the energy and spirit of those sessions for rollicking interpretations of rumbas, bombas, mambos, and other traditional Afro-Cuban rhythms arranged for jazz ensemble. Each piece showcases Santos’ expert command of dizzying syncopation and his skill as an arranger, each instrument adding to the dynamic rhythmic interplay.

As an activist and musician, Santos has studied throughout the Caribbean, and his works reflect the centrality of the islands to the spread of foundational African rhythms throughout the Americas, as well as the destructive elements that fed the music. “This music really belongs to everybody. It’s music! It emanates from the heart of the Americas, which is not Nebraska or Oklahoma: it’s Cuba, Puerto Rico, and the Caribbean. All of the Americas have a common history that unites us, and it’s a violent history, of colonialism, slavery, and the genocide of indigenous people.”

Santos also sees the connections between the drum, the instrument he’s dedicated his life to playing and educating others about, and current global political situations. “This drum was taken away from Africans and African descendants, but it rose again like a phoenix out of the Americas, and today is again the center of a community—not just an African community or a Cuban community, but an international movement of people of conscience who understand that we have to stop this out-of-control capitalism, where money is more important than human dignity.” At the heart of Art of the Descarga is the universal power of rhythm across cultures, fused into our brains and bones and propelling us forward into the future. In a time fueled by resurgent bigotry, Santos continues to tear down walls with a spiritual philosophy that invites us to sway, dance, sing, and celebrate the beauty of Afro-Caribbean philosophy and culture.