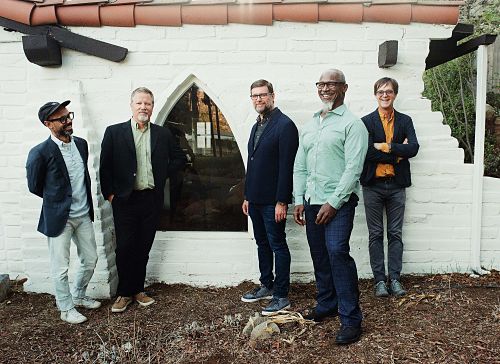 Coinciding With Light In The Attic Reissue Of Greyboy Allstars’
Long Out Of Print, Classic Debut LP, ‘West Coast Boogaloo’ On August 7

“Como De Allstars” is the first single and title track from a surprise Greyboy Allstars studio album coming July 3. Self-described boogaloo revivalists, the band’s first new music in seven years captures a relentless Caribbean funk groove buoyed by an inspired message of unity: “Surviving in a bitter world…divided, confused by the states…united, come on friends we’re gonna make it brighter.” The quintet initially formed in 1994 to provide a live band alternative to the rare groove DJs who were spinning records from the dusty catalogs of labels like Blue Note and Prestige, as well as, the lighter funk of English acid jazzers playing to loops and samples. Comprised by saxophonist Karl Denson, guitarist Elgin Park, organist Robert Walter, bassist Chris Stillwell and drummer Aaron Redfield, Greyboy Allstars debuted with the revelatory and electrifying LP, ‘West Coast Boogaloo,’ featuring James Brown trombonist Fred Wesley as a special guest. Coinciding with the band’s forthcoming new album, reissue label Light In The Attic Records will deliver a fresh pressing of the long out of print ‘West Coast Boogaloo’ on August 7.

“What ties all of our record together is that we always come back to the basic premise established from the beginning. The musical food that sets the table for the ‘West Coast Boogaloo’ record sets the table for ‘Como De Allstars,’ as well,” explains Elgin Park. “For better or worse we are the same band with the same objective: funky soul-jazz boogaloo that’s danceable, while simultaneously setting the stage for inspired improvisation.”

Greyboy Allstars have slowed their recording and touring schedule down considerably over the years as demand has grown for individual members in other capacities: Mike Andrews (aka Elgin Park) is renowned for his film scores, including most recently ‘The King of Staten Island,’ Karl Denson tours as the saxophonist in The Rolling Stones, as well as his own Tiny Universe, Robert Walter plays keys for Phish bassist Mike Gordon and fronts his own ensemble 20th Congress, while rhythm section Chris Stillwell and Aaron Redfield are in demand sessions players whose resumes stretch from Elton John to Charli XCX. The magic between the five musicians returns instantly, however, when reunited—as ‘Como De Allstars’ so convincingly displays. 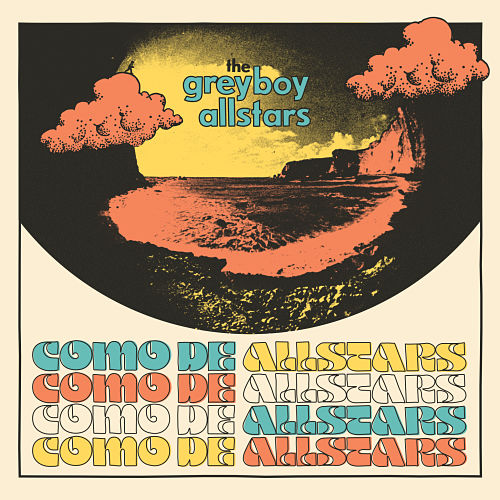 “This band had such undeniable chemistry,” says keyboardist Robert Walter. “So it’s never that hard to get back to it, even if we haven’t played for a year.”

“When we’re in a room together, we have such a great time and the music we make reflects that,” adds Elgin Park. “Getting the physical bodies together is almost impossible, given our schedules, but it immediately feels like it did back then.”

26 years later, Greyboy Allstars present and past intersect with the dual release and reissue of the elastic and ecstatic ‘Como De Allstars’ and the now classic ‘West Coast Boogaloo.’ In a time when social upheaval and half-baked conspiracy theories are so strange that even the term “boogaloo” has been co-opted by right-wing radicals, the band reclaims that sacred word through a righteous commitment to a timeless sound. Taken as a whole, Greyboy Allstars offer a full-circle, exuberant display of the unwavering soul power that has forever been their hallmark. 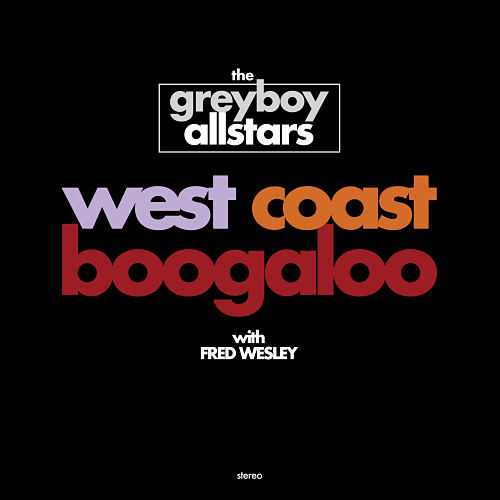