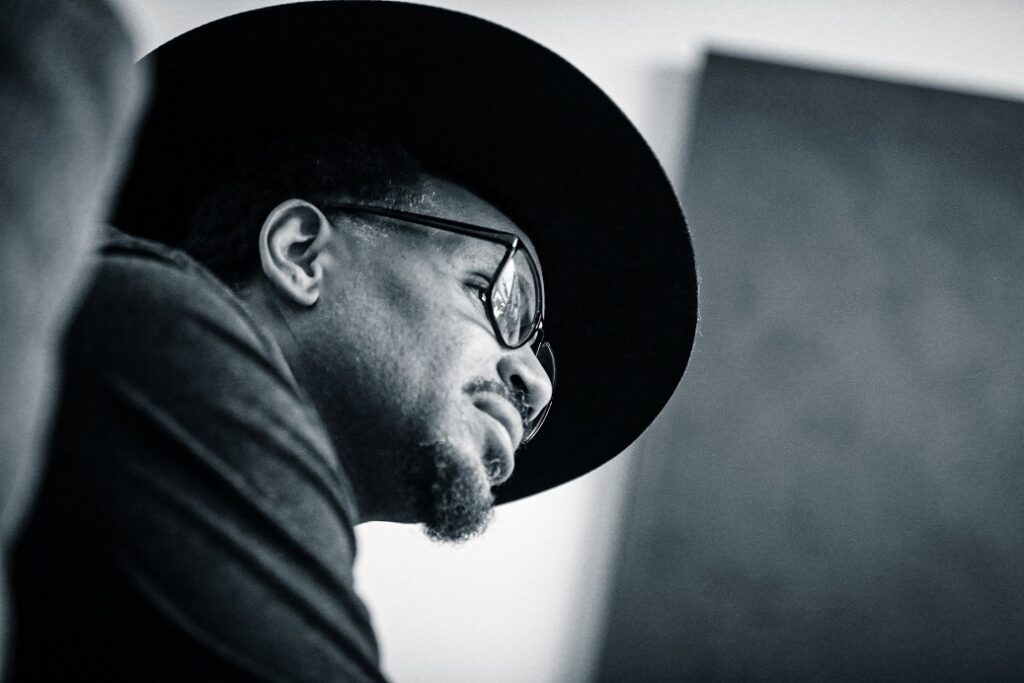 “CAN WE FALL IN LOVE”, is an open-letter with raw honesty and intensity. Returning once again to add his signature style, producer Travis Sayles (Dark Child Productions) joins forces with Avant’s songwriting and lead vocals. The album will be available for release on Friday, July 10th, via the MO-B Entertainment/SRG ILS Group/UMG label imprint and is available for pre-orders now at CAN WE FALL IN LOVE. With the pre-sale download, fans are now able to exclusively download and stream to the new song, “EDIBLE”

A songwriter, producer, and label owner of MO-B Entertainment, Avant has traveled a long and steady path from being the first artist on Magic Johnson’s record label to starting his own label. He is grateful to be in a unique situation in his career, maintaining control in business and creative freedom. Recently, AVANT achieved one of the biggest accomplishments in today’s music industry as his catalog has been streamed over 1.8 Billion times on Pandora.

Featured songs such as “You Don’t Love Me No More” reminds us of the challenges of maintaining adversities in relationships, says Avant. “I was having a spat with my lady,” he recalls. “It’s so many cell phones and distractions that take away your attention from a relationship. It makes you feel like, “Am I here for the kids, the bills–what is it?’ I don’t feel that presence of love anymore. I was going with that. I wanted to make sure it had a hip hop feel to it. I could’ve made it a full R&B song, but I didn’t want to make another “Separated” either. I wanted to include old school R&B, with the harmonies and notes where they were placed with the horn. It gives you a feel of authentic soul music.”

The Cleveland native steps back in time with “Not Gone Lose,” a tribute to an era which Avant elegantly conveys bringing us back to when ballads were the cornerstone of bringing Black families together. He explains, “I’m speaking from our generation. If we want to go back to the Ray Charles or Smokey Robinson era, it had a pinch of the true soul to it. That’s what I was going with on this album.” With standout songs, “All In My Head,” “Edible,” and “Take It Slow,” both written to appeal to a cross-generational audience–it drives home why Avant is a dynamic songwriter.

For nearly two decades, AVANT has blazed a trail with hits, “Read Your Mind,” “My First Love,” and “Separated”. “It’s a different time in the world today and I’m trying to get people back to what real R&B is about. Not just making love but being in love, what happened to that? I think it’s important that we delve back into those kinds of things,” mentions AVANT.

AVANT remembers talking to the legendary singer, Charlie Wilson, where he offered him the best advice. “You should always keep your mind fresh, but you also want to stay with the people who know you. It’s important to stay involved with our generation and younger followers to keep my mind open,” remembers Avant.

When many artists have fallen to the wayside, AVANT continues to stay consistent in creating great music. “Can We Fall In Love” is a testimony to why his fan-base is so loyal to his craft.

“I can’t change who I am, so I have to give you exactly who Avant is all the time. That’s my main goal when I sit down to record an album. I want to give you that interpretation of what this life is about,” he adds. “This album is about the work the work that it takes to make a relationship work. There are good things and there are bad things, but if there is love, then that is the beginning of fixing the issues”.