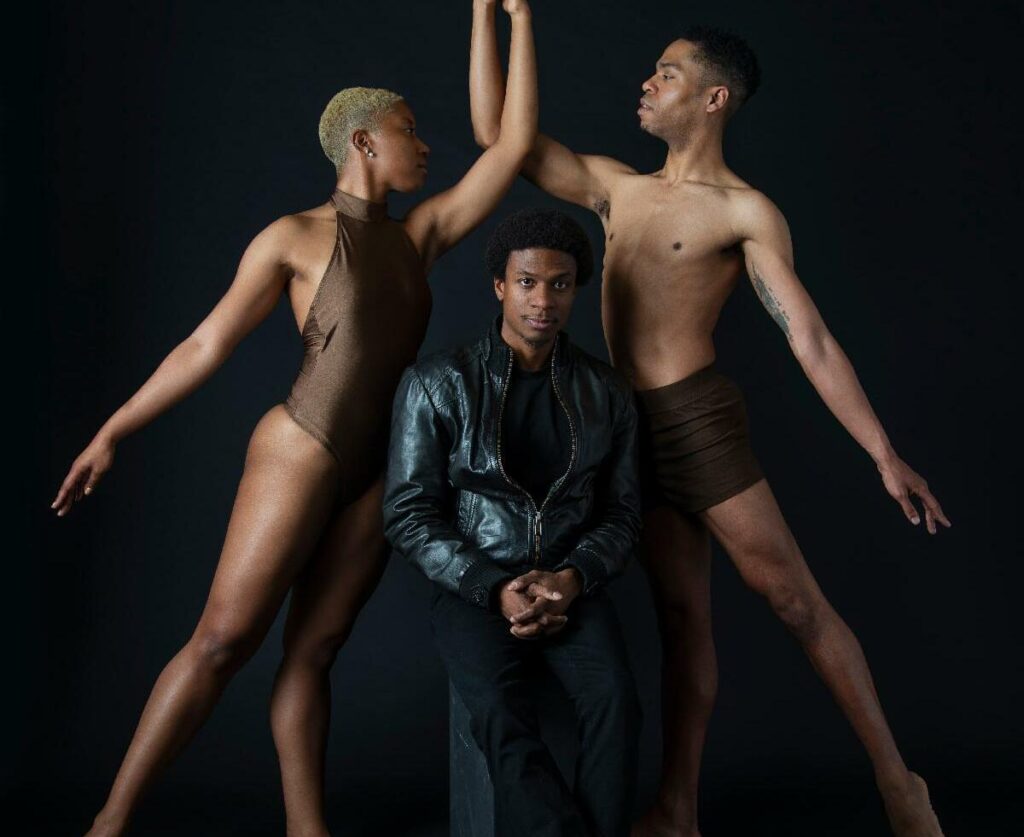 David L. Harris Takes a Journey Through Love and Life
on His Sophomore CD, More Than Love … to be a man,
Available NOW

NEW ORLEANS, LA, May 1, 2020 – “Through love for thyself and of life, one learns that all emotions are truly a privilege and worthy of acknowledgment; but one must accept that there is always a greater message that is much more important than one’s singular perception of what love means,” says vocalist, trombonist, composer and arranger, David L. Harris as he presents his new CD, More Than Love … to be a man, available now.

Over the last few years, David L. took a step back, examined himself, looked at love, challenged his actions and came out on the other side renewed, refreshed and ready to live a fuller life.

“I realized there’s more to give,” said David L. “My life was engulfed in emotions. There was a void that I was unable to fill. Then, I weighed the emptiness, admitted loneliness, recognized the self-denial and understood that the void could only be filled with more of my own presence. So, I scrutinized my feelings about love and what makes me a man and those four words kept creeping through my thoughts – there’s more to give.”

As many creative people do, David L. began to express his emotions through his music. On More Than Love … to be a man, he gives listeners an 11-track compilation that includes seven of his own original compositions as well as familiar tunes by Frank Sinatra/Jimmy Van Heusen/Sammy Cahn, Fats Waller, Gerhard Winkler/Fred Rauch and Bill Halley/E.J. Anton. Each song tells a story about a moment or a chapter in his life. While they may be cathartic for David L., they offer a solid portion of swing, blues, bop and jazz to listeners.

In David L.’s voice, you hear sadness, joy, pain, passion, love and hope. His trombone weeps, wails and whispers his emotions while vibing with his top-notch band and pouring out his heart. The CD opens with More to Learn … There’s More to Give, a heartbreaking tale that starts with a telephone call featuring the sweet voice of a woman who seems happy to hear from him, but quickly evolves to goodbye. Better as One is a spirited, upbeat song that goes from longing for his love the moment she leaves to blissfulness when she calls. Dear Lonely Hearts, a Nat King Cole favorite composed by Halley and Anton, highlights David L.’s loneliness and his desire to feel love.

The album moves on to Answer Me, My Love (by Winkler/Rauch), which shows the singer at the peak of denial and wondering if he deserves love. What Makes You a Man? takes David L. to a pivotal point of acceptance and empowerment while Was Lost, Then Found (Peace in the Midst of Noise) is a nod toward the comfort he finds in silence, meditation and having conversations with himself.

Waller’s Honeysuckle Rose, a favorite of David L.’s, celebrates the beauty of another and recognizes that one’s love is not only just for your admiration.

Love for You (Fatherless Child) reflects on his acceptance that although his father wasn’t in his life, the love he shares for him is consistent. David L. has arrived at full acceptance and finally began to harness his peace in Day Has Come. Talk to Me (That’s What I’ll Be for You and Me) is a touching declaration of love, trust and commitment to do what is needed to make a relationship work and your mate happy. More Than Love … to be a man wraps up with David L. Harris’ take on All the Way, the beautiful love song by Sinatra/Van Heusen/Cahn.

More Than Love … to be a man is a delicate journey of love and life, and the singer is living proof that once you accept and learn to love yourself, you embrace the fact that there is always more to give.

“I’ve learned to be proud of my intent and accepting of the emotion I hold. I now realize that if I want to experience what it is to truly live, I must approach everything wholeheartedly. Change is inevitable and eventually becomes normal, fluent and more of an appreciation. I hope these lessons of life and love will also bless others,” said Harris.

David L. Harris is one of New Orleans’ rising stars. Born in Baton Rouge, LA, he is a talented vocalist, trombonist, composer and arranger. Harris embodies the edge of modern jazz and the sultriness of blues, taking his audiences on an emotionally engaging journey of love and liberation, wrapped in a sound that embraces the groove, grit and swing of the past.

David L. has toured around the world making stops across the United States and in China, Europe, Taiwan, Russia, South America, Australia, Canada, South Africa and in over 20 cities in Japan. He has been featured on the stages of the renowned Newport Jazz Festival, Montreal Jazz Festival and New Orleans Jazz & Heritage Festival. David L. has performed and been a featured soloist at legendary concert halls, including the Apollo Theater in Harlem, NY, Lincoln Center in New York, NY and The L’Olympia Music Hall in Paris, France. He has toured, recorded and collaborated with Herlin Riley, Wynton Marsalis, Shannon Powell, Aaron Neville, Aloe Blacc, Dr. Michael White, Dee Dee Bridgewater and The New Orleans Jazz Orchestra, among others.